Covid-19 has provoked a sudden uptake of digital services across the professional sector. But opinion is divided over how fundamental its impact has been so far in forcing the re-engineering of legal practice.

BCLP Cubed is one venture launched out of international law network Bryan Cave Leighton Paisner last year, which aims to reinvent legal services for its clients.

But Neville Eisenberg, senior partner and chief executive of BCLP Cubed, says the notion that the pandemic has fundamentally transformed the industry’s willingness to engage with advanced legal technologies may be premature. “Individuals like me working from home have become more familiar with the type of tech we use to communicate,” he says. “Does it mean people have adopted a lot of legal tech? I’m not so sure.”

Nevertheless, he argues the crisis has caused a psychological shift that has made sceptics of the value of legal technology more open to the benefits of innovation. This, he says, has laid the groundwork for future waves of innovation. 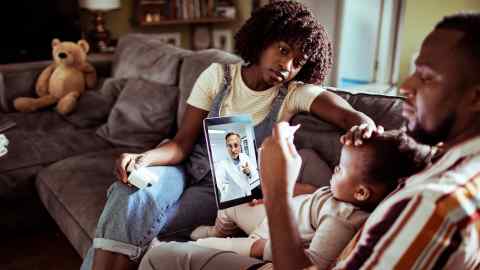 “Given the recession, there’s a lot of pressure on legal budgets,” he says. “Legal teams are inevitably required to try and find ways to save costs and that involves them reviewing how the work gets done.”

Few professional sectors have been untouched by technological change, and law is no exception. Pioneering firms are offering clients help in navigating digital change in their own businesses by combining their traditional legal role with innovation, though much remains to be done.

“Technological transformation” may conjure up images of robo-lawyers. But Jody Jansen, chief technology officer at BCLP Cubed, says much of the hype around artificial intelligence has worn off. “There’s a more realistic understanding that it’s a helping tool,” he says.

The venture is one of several units established recently by leading firms that aim to deliver efficiency and cost savings in high-volume legal work alongside high-quality legal advice.

Mr Eisenberg says many clients still lack systems such as contract management software that could cut costs in their legal dealings, creating a potentially lucrative environment for its services.

BCLP Cubed was conceived in response to clients’ demands for help with day-to-day business. “When it came to complex legal work, on the whole they felt well served by the market,” he says. “When it came to higher volume, business-as-usual matters, it was a completely different picture.”

Mr Jansen says the venture has built its own tech platform designed to take raw information and turn it into a usable format. Using tools such as natural language processing (NLP), a specialism of AI, it can ingest and read an unstructured flow of documents, providing an actionable result.

Digital transformation of legal work involves not only providing new systems, but also creating new business models to fit around them.

Kennedys is among firms exploring creative approaches to legal tech. The insurance law firm has created a separate company, Kennedys IQ, that promises to reduce customers’ reliance on legal teams, says Richard West, partner and director of Kennedys IQ. “We’re giving away traditional cash and turning that into a subscription model, which has a lower price for the client, but has a decent margin for us.”

Mr West cites Kennedys’ “virtual defence lawyer” online litigation system, which he says can perform a significant part of what traditional legal teams do. “We’ve seen clients avoiding half of their litigation spending by using that tool,” he says.

Mike Gilpin, commercial director at Kennedys IQ, says developing trust is important with clients, especially as some ask if it is not just a way to capture more traditional legal work. Also, he says, “if a company is looking at reshaping their core processes around new technology, they won’t buy it from someone who they’re not sure will be there in two years’ time.”

Babar Hayat, head of product, tech innovation and transformation, says Konexo aims to streamline the work process for companies. “You shouldn’t have to go to a legal team for a non-disclosure agreement,” he says. “You can generate an NDA using our document automation tool.”