Tony Blair, the former UK prime minister, lamented recently that the UK had turned into a “one party state” and that Theresa May’s government was heading towards leaving the EU with no opposition; in the US, Democrats have seemingly turned inward as the Trump era dawns. At a time when the old certainties of the liberal left are being replaced by the new uncertainties of the populist right, traditional opposition parties are pondering how to become a responsive and responsible alternative.

The centre-left’s plight is well documented: Britain’s Labour party — which won three successive general elections under Mr Blair — is drifting towards irrelevance, with a recent national poll putting its support at just 24 per cent.

Meanwhile, in the US, Hillary Clinton’s defeat by Donald Trump in the presidential election, coupled with the Republican party’s control of Congress, has led to soul-searching about where the Democrats go from here.

Both Labour and the Democratic party have struggled to work out how to oppose the populism that manifested itself in Britain’s referendum to leave the EU last June and Mr Trump’s victory; some say there may be no answer.

Patrick O’Flynn, a member of the European Parliament for the populist UK Independence party, believes that Labour’s “traditional electoral coalition has fractured” and it may be impossible to put it back together.

According to Mr O’Flynn, most of Labour’s support is now urban, professional, pro-EU and against immigration controls, while perhaps a third consists of white working-class voters who backed Brexit and see immigration as “against their economic interests in terms of wages, jobs and scarce welfare resources”.

Labour’s working-class heartlands had already been captured by the Scottish National party north of the border; Ukip threatens its citadels in northern England; the pro-EU Liberal Democrats are targeting anti-Brexit voters. 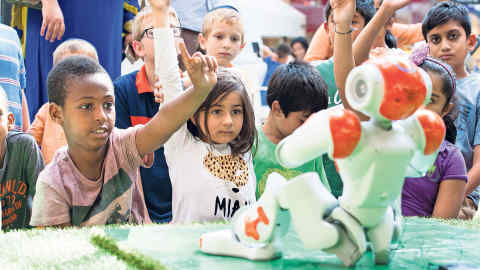 Anthony Wells, research director at pollster YouGov, says: “It would be difficult enough to tie all this together if you were a political master like Tony Blair or had the intellectual heft of Gordon Brown.” Instead Labour is led by Jeremy Corbyn, an old-style socialist who struggles to win the support of his own MPs; a YouGov poll found only 14 per cent of voters thought he would be the best prime minister.

Some Labour moderates secretly hope Mrs May will hold an early election and crush Mr Corbyn, allowing the party to rebuild. In the meantime, older heads try to figure out how to look like a credible opposition. Yvette Cooper, a former Labour minister, is mapping out a moderate immigration policy that recognises parties of the left must not ignore public concern on the matter.

Meanwhile Sir Keir Starmer, Labour’s Brexit spokesman, hopes to exploit government missteps on Europe. But he is forced to straddle his party’s divisions, endorsing Brexit but calling for Britain to stay in the single market.

The biggest check to Mrs May’s plans could come in the unelected House of Lords, where her Tories make up less than one-third of its members. The upper house has already started flexing its muscles on Brexit.

Labour’s dilemma is all too familiar to Democrats in the US as they grapple with how to win back white working-class voters, although they are not faced with Labour’s existential threat; Mrs Clinton, after all, won the popular vote.

But the party’s strategic dilemma was exposed last November when Democrats in the House of Representatives chose Nancy Pelosi, a wealthy liberal from San Francisco, to continue to lead them ahead of Tim Ryan of Ohio. “[Ryan’s] appeal was this: ‘We need white, working-class, Midwestern men and I’m a white man from a working-class area of Ohio’,” says Paul Waldman, a Washington Post blogger. Mr Waldman thinks embracing “identity politics” — trying to win support based on race or gender for example — is not enough to build a successful opposition. 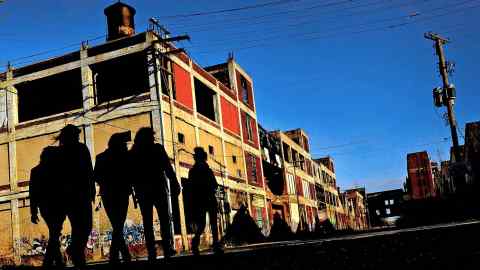 He says the Democrats need to sap the authority of Mr Trump’s administration by finding organisations that will sue the government and by submitting thousands of freedom of information requests to find out what it is doing.

Meanwhile Josh Chafetz, professor of Law at Cornell Law School, argues the Democrats can form alliances with disaffected Republicans in Congress — particularly in the Senate, where the GOP has only a 52-48 majority — to frustrate Mr Trump. “The biggest thing they can to do is to try to pick off a few Republicans, especially in the Senate, on a given issue,” Prof Chafetz says. That could be on specific legislation or in opposing a Trump nominee.

Prof Chafetz argues that while the Republicans might control both houses, Mr Trump’s candidacy has split his party and the new president is already unpopular. Democrats looking for GOP rebels will find their task easier “the less popular he becomes”.

Opposition looks tough in 2017 but governing could be harder. As Mr Blair told Esquire magazine last November: “There’s been a huge reaction against the politics I represent. But I think it’s too soon to say the centre has been defeated.” And one of the oldest dictums of the political game still remains that oppositions do not win elections; governments lose them.