Nearly a decade ago, financial adviser Peter Tsukazaki was in a meeting with a man who worked as a trucker for a distribution company. He told Mr Tsukazaki he should be putting money into his 401(k) fund but he was recently divorced, had three children and could not spare the cash.

He felt a connection with Mr Tsukazaki, however, and listened to what he had to say, and when they met again the next year he said he was ready to start saving.

“I think locals can have a special connection with other locals,” says Mr Tsukazaki, a native of Honolulu, the capital of the US state of Hawaii.

His practice, Tao Investments Hawai’i, is entirely staffed by long-term residents. This allows him to connect with the people and businesses in his community in a way that advisers from the US mainland may find difficult.

Mr Tsukazaki says his knowledge of Pidgin, the Hawaiian creole spoken by at least 500,000 people, was essential in establishing his credibility with the trucker.

“If I had come in being unable to speak Pidgin, or not being authentic enough, then I don’t think I would have been able to establish that relationship,” he says.

Christina Higgins, a professor of sociolinguistics at University of Hawaii at Manoa, says the language has an important place in the lives of many people in the island group. “It has a grammar, and many newcomers to the islands get it wrong,” says Prof Higgins, who is co-director of the university’s Charlene Junko Sato Center for Pidgin, Creole, and Dialect Studies.

“Pidgin is also usually seen as a marker of being local, so newcomers are not always welcome to use it as they wish. You have to earn the right, so to speak,” she says.

Historically, the language has been stigmatised and is sometimes seen as a sign of an incomplete education or a person’s poor background, according to Prof Higgins.

“The truth, however, is that many people who have attended the so-called best schools, and who have high incomes, find a benefit to using this language,” she says.

Mr Tsukazaki’s business has had to contend with misconceptions that go beyond the islands’ language. “Some industries historically didn’t think local talent was good enough. They may have gone — or continue to go — to the mainland to find the bright minds,” he says.

The practice was founded in 2004 as Tsukazaki & Associates and Mr Tsukazaki changed its name three years ago.

“Tao” stands for the partners’ names — Peter Tsukazaki, Brad Araki and Derwin Osada — but it is also meant to stand for transparency, accountability and objectivity and is intended to evoke the holistic approach of the Chinese philosophy of Taoism.

With assets under advisement of $550m, Tao Investments Hawai’i is smaller than most other companies in the FT’s top 401 advisers list for 2019.

The average in this year’s listing is more than $1.9bn in assets under management or advice.

Being among the smallest is just fine, says Mr Tsukazaki. Tao Investments is a referral-only business with no desire to be a large organisation. It does not market itself but relies instead on recommendations from plan administrators and Erisa attorneys — lawyers who specialise in the employee benefit laws known as the Employee Retirement Income Security Act.

The practice charges most clients a flat fee for its 401(k) consulting, but shifts to a percentage model for its largest plans. It offers non-profit organisations and widows a 15 per cent discount on fees, and sometimes does pro bono work.

The practice helped a local pre-school establish a 401(k) plan, for example, and continues to provide consulting services and one-on-one meetings with staff.

Despite the advantages of its local focus, the company has its challenges. Honolulu is not a centre for financial services which means the pool in which to find new talent is small.

In the past, the practice sourced candidates using its immediate network. Mr Araki, for example, came to the company after being the first president of the Business Executive Society of Tomorrow, a student club at Hawaii university. Two other members of staff are also former presidents of the student club.

Mr Tsukazaki says it is coincidental that all current staffers, seven full-timers and a part-timer, are locals. He concedes that someone who is not a native Hawaiian may find it hard to connect to clients “but we don’t hold that against them”.

The practice prefers to hire people with little experience, says Mr Tsukazaki, but it can be hard to retain such workers at a time when people want to job-hop.

To encourage his staff to stay, Mr Tsukazaki says new hires should see themselves as partners of the future.

Life on the islands has professional as well as lifestyle appeal. Having been brought up in the same community as his clients, he says there are shared values and a camaraderie that a larger practice from the mainland would be unable to achieve. 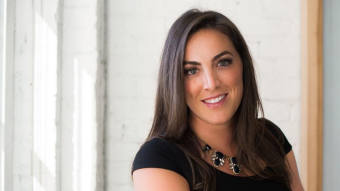