US company takes on rivals with $11bn war chest

Uber has just turned six and received a very nice birthday present: a $3.5bn investment from Saudi Arabia’s sovereign wealth fund, a sum that is the largest single investment ever made in a start-up.

The deal underscores the feverish fundraising surrounding ride-hailing start-ups, and solidifies Uber’s position as the biggest venture-backed company in the world.

The new investment brings the company’s funds raised to more than $13.5bn, including convertible debt — a figure far greater than most companies raise even during an initial public offering. Of that total, Uber has about $11bn left in its war chest, including the convertible debt.

Talks between Uber and Saudi’s Public Investment Fund started in early March. David Plouffe, the company’s chief adviser and a board member, travelled to the region that month.

The PIF will own approximately 5 per cent of the company and Yasir Al Rumayyan, its managing director, will join Uber’s board.

“A lot of people were originally quite sceptical of Uber in our region, and the fact that PIF is investing is quite an indicator of how things are changing,” says Princess Reema Bandar al-Saud, a member of the company’s global policy advisory board.

The San Francisco-based company, which operates in 68 countries, has been spending heavily to win market share in China and in India, as well as to expand into new cities.

It has also been funding research initiatives such as its driverless car program, buying office buildings in the Bay Area, and developing products such as UberPool, which allows consumers to share rides with others for a cheaper rate. The company’s mission, in the words of Travis Kalanick, chief executive and co-founder, is to provide “transportation as reliable as running water, everywhere for everyone”.

The fresh cash comes as Uber’s Chinese rival, Didi Chuxing, is in the middle of its own fundraising round. Last month, the dominant ride-hailing company in China announced a $1bn commitment from Apple, its biggest minority investment ever. Although Didi operates only in China, it has been busy partnering and investing itself with Uber’s rivals in other markets, including Lyft in the US, Ola in India and Grab in Southeast Asia.

The $3.5bn injection points to the intensifying competition between Uber and its rivals, as the company now has more to spend on the subsidies for drivers and discounts to customers that it uses to stamp out rivals and gain market share. In the transportation industry there is a big reward for being the biggest in a market because the service with the most passengers and drivers tends to be more efficient.

Uber is the market leader in North America and many parts of Europe, however it faces strong local rivals in Didi in China and Ola in India, and has been spending heavily in both countries to catch up.

The latest fundraising also poses questions about whether Uber will move towards an initial public offering, a traditional rite of passage for a start-up of its size. The company has not indicated when it might go public, but in 2015 Uber issued convertible debt on terms that gradually penalise the company if it does not go public within one year.

Delaying an IPO could also be in Uber’s interest, especially with the fresh cash in hand, as it fights regulatory battles around the world. It can be more difficult for a company to deal with such uncertainty when it is public — and hard for public investors to evaluate. While some countries and cities have passed ride-sharing regulations that allow Uber to operate, the service has also faced bans and occasionally violent opposition from local taxi industries. 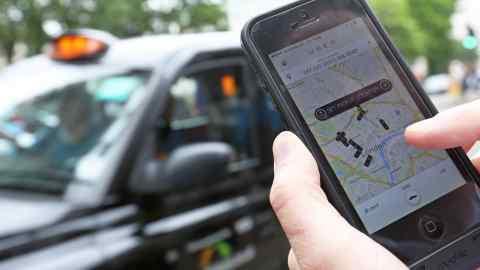 However, some see the overseas investment as a sign that the fundraising environment in Silicon Valley has become more difficult, even for Uber, at a time when investors have less appetite for risk.

“Until recently Uber was beating back investors with an upward spiralling valuation,” says Max Wolff, chief economist at Manhattan Venture Partners. “Now they search longer, harder, and [and agree to deals] on tougher terms.”

Uber says that the Saudi investment is a follow-on to its series G fundraising round, which began last September and valued the company at $62.5bn, excluding monies raised. The round has brought in more than $5bn from investors including Russian billionaire Mikhail Fridman’s LetterOne Group and China’s Baidu, the search engine.

Uber’s valuation has not changed since, and it is somewhat unusual for a venture-backed company to do such a large follow-on instead of raising money at a fresh valuation.

To put Uber’s fundraising in perspective, Google’s IPO — which it undertook when it was six years old, the same age Uber is now — raised $2bn. Google had raised $25m privately before going public. 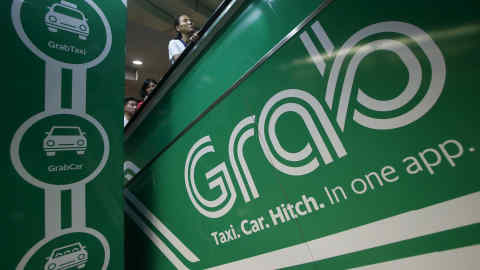 Although the latest investment does not include specific partnership arrangements, the deal will undoubtedly help Uber during a time of rapid expansion in the region. The company operates in Egypt, Saudi Arabia, Jordan, Israel and the United Arab Emirates, and Cairo is one of its fastest-growing cities.

“We appreciate the vote of confidence in our business as we continue to expand our global presence,” says Mr Kalanick. “Our experience in Saudi Arabia is a great example of how Uber can benefit riders, drivers and cities and we look forward to partnering to support their economic and social reforms.”

The oil-rich kingdom’s ambitious Vision 2030 blueprint for national economic reform will transform PIF from a conservative holding company into a dynamic sovereign wealth fund, investing half of its assets under management overseas, up from the current 5 per cent.

The flotation of Saudi oil group Saudi Aramco is expected to come after the national oil company is transferred to PIF, raising the wealth fund’s nominal assets under management to $2tn-$3tn.

The move on Uber, the largest single investment into a private company, is both a statement of PIF’s overseas intent and a guide to the wealth fund’s plans to help domestic diversification.

“PIF are throwing their weight around in a very public way to show that they have arrived and that Saudi Arabia can do deals even in current circumstances,” says one senior banker.

The $3.5bn investment comes after labourers went on strike over delayed salaries amid a $40bn backlog of government payments to contractors. The domestic fiscal crisis has drained financial reserves and prompted plans for a debut international bond of about $15bn.

PIF, which has $100bn in illiquid assets, receives an annual funding allocation from the finance ministry, which along with dividends could have been used to fund the transaction. The fund may also have used leverage, bankers say.

Some bankers say PIF could eventually start to invest some of the $570bn reserves held by the central bank. The central bank needs about $200bn-$300bn to defend the dollar peg against speculation.

PIF, advised by JPMorgan, was attracted by Uber’s growth story. “They also want to be more involved in its development worldwide, but also in the Middle East,” says one banker.

A Saudi delegation last year visited Tesla, the electric carmaker, as part of a campaign to understand more about technology companies into which the kingdom could invest.

In Saudi Arabia, Uber — and its regional rival Careem — is helping transform female employment as the government looks to raise the proportion of women in work from 22 per cent to 30 per cent by 2030.

Both Uber and Careem, which is reported to have a larger Saudi customer base than the US company, say about 80 per cent of their “riders” are women in a country where 3m-4m more women would work if they could get to their workplace more easily.

“They [women] tell us that Uber has made it so much easier for them to get around, which in turn has helped with their employment and education,” Uber said late last year.

Listen to the podcast: Saudi Arabia’s $3.5bn bet on Uber