Blockchain can create financial sector jobs as well as kill them

Some roles will vanish, but new skills will create opportunities

Some see it as the biggest change in technology since the advent of the internet. Others say claims for what blockchain can do are overblown. But those among the former group are now asking how the blockchain technology that underpins so-called cryptocurrencies, which include bitcoin, will affect jobs, particularly in the financial sector. Banks, clearing houses and exchanges are already eyeing the potential savings.

Blockchain technology provides a way to continuously maintain and verify digital records in “blocks” that can be shared between various parties. Also called “distributed ledger technology”, it means ledgers can be updated instantly in any number of locations. The information can never be erased.

“In basic terms, the blockchain is a public record of transactions,” says Amy Webb, founder of the Future Today Institute, a US-based forecasting and strategy firm. “This may seem less sec­ure than a private record but as that transaction is made, the transaction itself becomes part of the ledger and all the data around that is encrypted.”

Blockchain has the potential to handle a wide range of transactions managed by humans. “If you’re buying a house, there’s a mountain of paperwork and authentication and it requires a person to do it,” says Ms Webb. Blockchain makes it easier and more secure, and reduces the need for real estate brokers.

Most applications are in the experimental stages, says Leda Glyptis, a director at Sapient Global Markets, a US-based capital and commodities markets technology consultancy: “It has been able to cope with everything we’ve thrown at it, but we haven’t thrown that much at it outside the laboratory.”

However, banks, insurers and other financial institutions are interested in blockchain as a way to increase security and efficiency and to lower costs. Last month, four of the world’s biggest banks, UBS, Deutsche Bank, Santander and BNY Mellon, and broker ICAP, said they had teamed up to develop an industry standard to clear and settle financial trades over blockchain.

In June, Allianz Risk Transfer, part of Allianz Group, and Nephila Capital, a specialist investment manager, said they had piloted the use of blockchain for processing and settling transactions in bonds and swaps (financial instruments that transfer risk from insurers to investors or other insurers) for natural catastrophes. Earlier in 2016, the Australian Securities Exchange said it would work with US-based Digital Asset Holdings to create a system based on blockchain for clearing and settling trades in the Australian equity market.

“If it could be made to work there, it could be copied within a year or two all around the world,” says David Yermack, professor of finance and business transformation at NYU’s Stern School of Business. Blockchain’s peer-to-peer model of transaction verification has important implications for financial services jobs, he says: “When you think of anyone who is keeping track of assets, I’d say their job is very much at risk, because of this technology.”

Jobs potentially in jeopardy include those involving tasks such as processing and reconciling transactions and verifying documentation. Blockchain, says Ms Glyptis, allows transactions to be timestamped and finalised, with a mathematically proven method for confirming a transaction is valid. “The first area that would be hit would be any reconciliation or post-reconciliation activities — you just wouldn’t need to do it.” 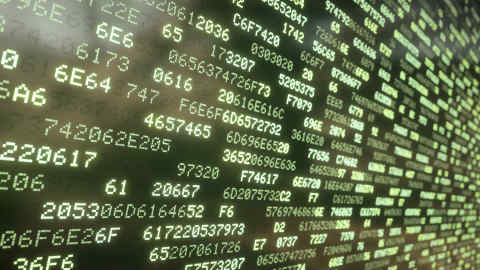 Others are more circumspect about potential workplace upheaval. Steve Wilson, principal analyst at Silicon Valley-based Constellation Research, says blockchain technology decentralises only the verification of the order of entries in a ledger, and not its contents. Auditors and agents will still be checking the truth underlying the entries.

Nevertheless, the nature of such jobs is likely to evolve. “You’d be hard-pressed to believe it’s not going to dismantle some of the infrastructure in the financial services sector and remove jobs,” says Vaughan Jenkins, a financial services specialist at PA Consulting Group.

An example of the new skills blockchain could require is security: Ms Glyptis says that while blockchain creates an immutable record that is resistant to tampering, fraud may still occur at any stage in the process but will be captured in the record and therefore easily detected. This is where she predicts new job opportunities. “I can see a whole class of professions around encryption and identity protection,” she says.

“Even though some jobs will disappear, we’re acquiring needs we’ve never had before around things that are more valuable than they ever were before.”