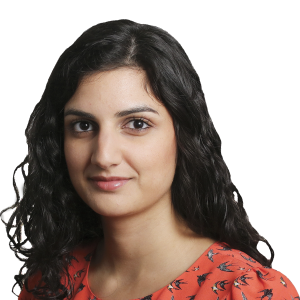 The amount of Iranian oil stored on tankers is rising. At 4.4m tonnes, or close to 37m barrels, this is the most — aside from September — that has been held offshore since August 2013, according to EA Gibson Shipbrokers.

The increase reflects Iran’s difficulty in finding buyers for its oil. Exports of crude and condensates weakened to 1.12m barrels a day in January from 1.35m b/d the month before, consultancy Energy Aspects says. February exports are expected to fall further to 1.03m b/d, which would be the lowest reading since October 2013.

This will heap more pressure on the Opec producer, which is already grappling with sanctions and a lower oil price. Iran holds nearly 10 per cent of the world’s crude oil reserves but is exporting just over half its 2011 levels.

According to analysts and traders, it seems India is largely to blame for the decline in sales. Ahead of Barack Obama’s visit to New Delhi in January, the Indian government asked domestic refiners to slash purchases of Iranian oil and keep imports in line with the previous fiscal year’s levels.

While temporary, the “goodwill gesture” for the US president, whose administration has imposed economic sanctions against Iran in response to the country’s nuclear activities, has taken away a crucial leg of support. India is one of a handful of countries — including China, Japan and South Korea — permitted to buy Iranian oil as a result of its energy needs.

Hit hard by sanctions, and having lost tens of billions of dollars in oil revenues, Iran has offered its crude at steep discounts. In a well-supplied market, it has had to cut prices further. Although Iran has sidestepped western sanctions through tens of thousands of tonnes of fuel oil sales, according to traders, it is still feeling the heat.

But it’s not just India. Iranian oil exports to China fell to 470,000 b/d in January, down 22 per cent from December as the country shopped around for alternative Middle Eastern suppliers such as Iraq. Shipments into South Korea fell by half to 64,000 b/d in January month over month, probably because the country hit its ceiling for permitted imports.

While this has helped tighten oil market balances in the near term, analysts say some of the stored Iranian oil could come back on to the market just as refineries hit their peak period for maintenance.

Moreover, progress in nuclear negotiations could further unleash a wave of Iranian crude exports. All sides are aiming for an outline of a deal by March, with technicalities to be ironed out by June.

The price of Brent crude dropped by more than $3 to below $60 a barrel on Monday on speculation Iran may get permission to export an additional 30-40 per cent if an agreement is reached.

“The broader implications for Opec are critical and something that could potentially impact prices,” said Olivier Jakob of Petromatrix.

The dilemma for Saudi Arabia, Opec’s largest producer and de facto leader, will be “how to make room for the extra Iranian oil without making a concession on the precept of fighting for market share”, said one Wall Street oil trader. “It will be impossible to square this circle . . . a very bearish scenario could be developing.”