Brexit raises the stakes for the EU’s 27 remaining members 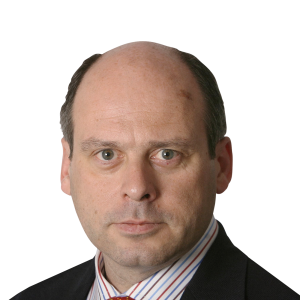 This op-ed is part of the FT’s Future of Britain Project. We are inviting readers, commentators and thought leaders to brainstorm ideas for the future of Britain after Brexit. This piece is in response to the fourth and final topic: what future is there for the EU post-Brexit? For an alternative view, Sylvie Goulard, European Parliament member, outlines her vision for the EU. Submit your own idea here.

Increasingly, the EU resembles an unhappy marriage held together by fear of incalculable divorce costs. I owe this metaphor to Loukas Tsoukalis, a University of Athens professor. A pithy summary of the EU’s dilemmas, it resonated even before Britain’s June 23 vote to leave the bloc.

“The truth is that a profound revision of the process of European integration would have been necessary even if Britain had not voted for Brexit,” Enrico Letta, a former Italian prime minister, wrote in August in an article headlined “Relaunch or die”.

Yet for the EU’s remaining 27 states, Brexit raises the stakes to a different level, François Hollande, France’s president, observed in a speech on October 6. “We’re experiencing a crisis of Europe’s foundations, with one country’s departure, profound divisions at the EU’s heart and differences that have become more marked with the return of nationalism and the rise of populism,” he said.

Predictions about the EU’s future make little sense without applying an insight implicit in Mr Hollande’s words. The bloc’s most serious challenges — from the eurozone’s survival to non-European migration flows — will remain cross-border in nature, but much EU-related politics will take place on a national, even regional stage. Look no further, for example, than the intemperate opposition in central European countries to the resettlement of refugees, and the tragicomic resistance mounted by the Belgian region of Wallonia to an EU-Canada free-trade deal.

A long shadow was cast over Europe by the 2008 financial crisis and its consequences: harsh recession; soaring unemployment; colossally expensive taxpayer-funded bank rescues; and emergency bailouts for indebted eurozone countries that inflamed public opinion in creditor states. However, the renationalisation of European politics has deeper roots.

It was visible in 2005 when, in hotly contested referendums, Dutch and French voters rejected a proposed EU constitutional treaty. Even earlier, but more gradually, it emerged in Germany after reunification in 1990. Helmut Kohl, who held power from 1982 to 1998, was the last chancellor to speak with deep personal conviction about a politically united Europe.

In summer 2015, the German government toyed with letting Greece drop out of the eurozone before it grudgingly approved an €85bn bailout, Greece’s third since 2010. Once again Greece’s creditors pretended that administrative and economic reform would succeed in Athens. Once again, Greece pretended that it would never ask for more money.

In a year’s time, the game will once again be up. Greece will need more financial help. However, after Germany’s parliamentary elections, due by October 2017, it will be harder than ever to pass a Greek aid deal through the Bundestag.

For the foreseeable future, the renationalisation of politics will impose strict limits on the deeper integration prescribed by Mr Letta for the 19 nations in the eurozone. Debt mutualisation, a common budget and a Treasury minister equipped with real powers are remote prospects. Even less ambitious projects such as a capital markets union and, for the eurozone, a comprehensive banking union, are bogged down.

There are two constraints on closer eurozone integration: the political climate in France, which intensifies German scepticism about the French appetite for far-reaching economic reform; and the weaknesses of the Italian banking system, public finances and economy.

In principle, EU leaders intend to heed the advice of Mario Draghi, president of the European Central Bank, who said in September that “the integration process needs to be guided towards outcomes that are more efficient and more directly aimed at the people, their needs and their fears — and less focused on institution-building”. He had in mind initiatives to promote economic growth, reduce income inequality, cut unemployment, especially among youth, and invest in retraining programmes for those left behind by globalisation.

EU governments also hope to allay citizens’ security concerns by reinforcing the bloc’s external frontiers with a new border and coast guard force and by strengthening co-operation on counter-terrorism. There are plans for closer EU military co-ordination, including a unified command for joint operations, but it is doubtful that this will deliver the higher, more useful defence expenditure that the US urges on Europe.

In March EU leaders will commemorate the 60th anniversary of the bloc’s founding Treaty of Rome. The 27 will pay tribute to the ideal of integration that has given Europe its longest era of peace and prosperity in history. They will affirm that the EU does not imprison or weaken nations but multiplies their strengths when they act together.

Above all, they will pledge to save their marriage because they regard the alternative as unbearably worse.