Charles Cathlin, chief executive of TruGenomix, spent the lockdown months trying to convince investors that his start-up can transform the treatment of post-traumatic stress disorder. The condition, often associated with combat veterans, looks likely to affect many healthcare workers coping with Covid-19.

The former air force captain first became interested in how we care for people’s mental health after helping to co-ordinate the emergency response to the 9/11 terrorist attacks on the US in 2001. Now, his country — and the world — face another crisis that could leave people suffering for years to come.

But even armed with an unusual technology for detecting PTSD using a blood test, Mr Cathlin found it hard to raise money as the economy came crashing down this spring.

“We started to get very, very concerned about our ability to maximise this particular round,” he says. “We had plans for maybe making some additional hires but we put a pause in a few things to make sure that we can expand our burn rate out for at least a year.”

Mr Cathlin wanted to raise $4m but has so far received only $2m in convertible notes. The seed round, which values the start-up at about $9m, includes funds from new investors Sanford Health, a rural healthcare operator headquartered in South Dakota that works with veterans, and from the hedge fund Viking Global.

If Covid was an earthquake, the mental health fallout is going to be a tsunami

A few months into the pandemic, he is optimistic that investors are starting to see the importance of seeding healthcare start-ups. The numbers bear this out: global healthcare funding to private companies hit $18.1bn in the second quarter, up 28 per cent year-on-year according to research firm CB Insights, with the number of deals for mental health companies hitting a record high of 57.

“Putting money into innovative start-ups is one of the smartest things that you can do,” says Mr Cathlin, because the world needs new technologies to stimulate the economy and improve public health.

Mental health in particular could become a “gold mine”, he adds. “Now it’s not tangible, it's almost a soft science, but the science is at the point that we can identify the biological mechanism.”

TruGenomix already had partnerships with the US and Canadian armies to help develop their genomic test that tracks overactive cortisol production and other signals associated with PTSD. Now its test is also being used in a study of healthcare workers in New York who were faced with overflowing wards at the height of the city’s first wave.

“If Covid was an earthquake, the mental health fallout is going to be a tsunami,” says Tshaka Cunningham, TruGenomix’s chief scientific officer, adding that it exacerbates problems that people were already grappling with. “It's a global traumatic event. It's like a world war, the 1918 pandemic.”

TruGenomix is trying to replace the surveys usually used to detect PTSD with precision genomics: a test that measures how genes are predisposing people to suffer from dysregulated cortisol symptoms when they experience from trauma. While the technology is still in its early stages, it could help identify PTSD far earlier and in more people, as many do not report their own symptoms because of a stigma still attached to the disorder.

Mr Cunningham says the technology tracks the “biochemical fight or flight response”, which gets permanently switched on for people suffering from PTSD.

“Whenever you experience a stressful event, it sets off a cascade of hormones that are released in your body, the chief of them is cortisol from the adrenal glands in your kidney, so your brain interprets distress like, ‘Oh my God something's happening, it's life threatening’,” he says.

The initial test is based on data from Holocaust survivors and it is now being developed with more input from soldiers and people who have suffered sexual assault. TruGenomix is also studying what makes some people more susceptible to the condition and how to distinguish between mild and severe cases. Eventually, the technology could help the process of discovering drugs to treat the disease, as it can track improvements more accurately.

Work to validate the test is being carried out with the support of new investor Sanford Health. Nathan Peterson, vice-president at the healthcare provider, says it invested $800,000 in TruGenomix because the research chimed with work it was already doing with the National Veterans Administration. The ambition is to offer genetic testing to a quarter of a million US veterans at risk of suffering from PTSD.

Mr Peterson says Sanford’s geneticists convinced them to invest at this early stage when they said there was “real potential” that the test could be “very effective”.

TruGenomix’s initial investment came from the start-up accelerator run by California-based Illumina, which makes genetic sequencing technology. Amanda Cashin, co-founder of the Illumina Accelerator, says she was impressed by the team’s credentials: as well as military experience, Mr Cathlin had been chief of neurology devices at the US Food and Drug Administration.

Illumina is pressing ahead with plans to open a European arm of its accelerator in Cambridge, believing the pandemic will teach investors the importance of funding healthcare start-ups. Paula Dowdy, senior vice-president and head of the Europe, Middle East and Africa operations, says she is already seeing more money in Europe funding life sciences and health technology. 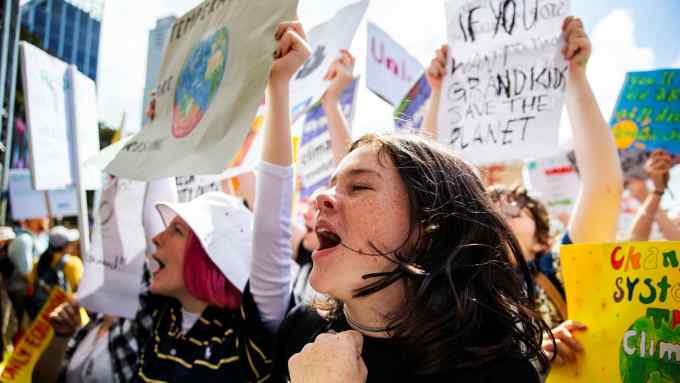