Marc Benioff, the boss of cloud software company Salesforce.com, is forthright about why chief executives like him have been drawn into political battles in the US over LGBT rights: “Well, the politicians aren’t looking out for our employees any more, so we have to.”

And when it comes to protecting the rights of minority workers, he adds: “Our country is still a long way from people abiding by the Constitution.”

A former Oracle salesman who went on to become a pioneer of the “software as a service” industry, Mr Benioff has always put a social conscience close to the centre of his business and personal dealings. He made philanthropy a part of Salesforce’s operating principles when he founded the company in his home town of San Francisco in 1999 and his name adorns the city’s UCSF Benioff Children’s Hospital. It is good business as much as anything, he says: today’s workers want to feel they are part of something with a greater purpose.

It was almost by accident that he came to take a leading role in the US battle over sexual freedoms that has raged at a state level for the past two years. While he was returning home one evening on Interstate 280, a scenic highway that connects San Francisco to Silicon Valley, he was surprised by the news that Indiana governor and now the Republican party’s vice presidential candidate Mike Pence had signed a law that threatened to limit gay rights. Mr Benioff says he decided, there and then, to take a stand.

Two years before, Salesforce had acquired Indiana’s biggest tech company, another cloud software concern called ExactTarget. A big fan of social media, he pondered a takeover offer for Twitter before pulling out this month — it was fitting that Mr Benioff’s initial intervention came in the form of a tweet: “Today we are cancelling all programs that require our customers/employees to travel to Indiana to face discrimination.” This set the ball rolling on a very public campaign among businesses. 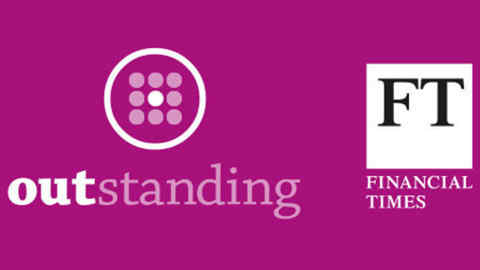 Other chief executives joined the protest and Indiana quickly passed an amendment to its new religious freedom law explicitly barring anything that would limit anyone’s rights based on their sexual orientation. “I really think it just took one person to come forward to do it — [other chief executives] wanted to but they were afraid,” Mr Benioff says. “For whatever reason, I was the one who went first. I’m from Silicon Valley, so it’s not a problem for me.”

Being brought up in the politically liberal San Francisco Bay area, and with much of his workforce in the region, he was a natural leader for this cause. The company has more than 1,000 LGBT employees among its workforce of 20,000. “Our employees expect that,” Mr Benioff says of his willingness to take a public stand. “It’s enhanced our culture”.

Mr Benioff has gone on this year to take on other state-level battles over sexual freedoms, including in Georgia — where his company is a large employer — and North Carolina.

Despite this public stance on LGBT rights, Salesforce and the tech industry still have plenty of social issues of their own to put right. High among these is an acute racial inequality in the industry’s workforce.

Get alerts on Marc Benioff when a new story is published