Time for a great reset of the financial system

The writer is founder and chief executive of Longview Economics

On average international monetary systems last about 35 to 40 years before the tensions they create becomes too great and a new system is required.

Prior to the first world war, major economies existed on a hard gold standard. Intra-wars, most economies returned to a “semi-hard” gold standard. At the end of the second world war, a new international system was designed — the Bretton Woods order — with the dollar tied to gold, and other key currencies tied to the dollar.

When that broke down at the start of the 1970s, the world moved on to a fiat system where the dollar was not backed by a commodity, and was therefore not anchored. This system has now reached the end of its usefulness.

An understanding of the drivers of the 30-year debt supercycle illustrates the system’s tiredness. These include the unending liquidity that has been created by the commercial and central banks under this anchorless international monetary system. That process has been aided and abetted by global regulators and central banks that have largely ignored monetary targets and money supply growth.

The massive growth of mortgage debt across most of the world’s major economies is one key example of this. Rather than a shortage of housing supply, as is often postulated as the key reason for high house prices, it’s the abundant and rapid growth in mortgage debt that has been the key driver in recent decades.

This is also, of course, one of the factors sitting at the heart of today’s inequality and generational divide. Solving it should contribute significantly to healing divisions in western societies.

With a new US administration, and the end of the Covid battle in sight with the vaccination rollout under way, now is a good time for the major economies of the west (and ideally the world) to sit down and devise a new international monetary order.

As part of that there should be widespread debt cancellation, especially the government debt held by central banks. We estimate that amounts to approximately $25tn of government debt in the major regions of the global economy.

Whether debt cancellation extends beyond that should be central to the negotiations between policymakers as to the construct of the new system — ideally it should, a form of debt jubilee.

The implications for bond yields, post-debt cancellation, need to be fully thought through and debated. A normalisation in yields, as liquidity levels normalise, is likely.

High ownership of government debt in that environment by parts of the financial system such as banks and insurers could inflict significant losses. In that case, recapitalisation of parts of the financial system should be included as part of the establishment of the new international monetary order. Equally, the impact on pension assets also needs to be considered and prepared for. 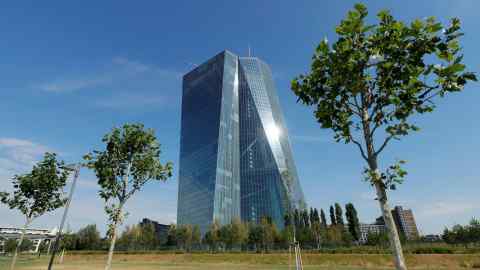 Secondly, policymakers should negotiate some form of anchor — whether it’s tying each other’s currencies together, tying them to a central electronic currency or maybe electronic special drawing rights, the international reserve asset created by the IMF.

As highlighted above, one of the key drivers of inequality in recent decades has been the ability of central and commercial banks to create unending amounts of liquidity and new debt.

This has created somewhat speculative economies, overly reliant on cheap money (whether mortgage debt or otherwise) that has then funded serial asset price bubbles. Whilst asset price bubbles are an ever-present feature throughout history, their size and frequency has picked up in recent decades.

As the Fed reported in its 2018 survey, every major asset class over the 20 years from 1997 through to 2018 grew on average at an annual pace faster than nominal GDP. In the long term, this is neither healthy nor sustainable.

With a liquidity anchor in place, the world economy will then move closer to a cleaner capitalist model where financial markets return to their primary role of price discovery and capital allocation based on perceived fundamentals (rather than liquidity levels).

The key reason that many western economies are now overly reliant on consumption, debt and house prices is because of the set-up of the domestic and international monetary and financial architecture. A Great Reset offers therefore opportunity to restore (some semblance of) economic fairness in western, and other, economies.