To reduce pollution, a minimum levy of $75 per tonne is proposed for bigger emitters in advanced economies

“There is no time to waste,” urged the experts at the IMF in June: the world’s biggest carbon emitters should be paying “$75 per tonne [of emissions] or more” by 2030 — with levies on pollution “rising further” beyond that.

In a paper published that month, IMF researchers also proposed an “international carbon price floor” — an agreement between the biggest emitters, such as China, India and the US, to set a minimum price on carbon emissions. Crucially, such an agreement would be easier to achieve than a treaty covering each country in the world, the paper noted. “An agreement among the major economies would strongly influence other countries to follow suit,” it said.

And the idea behind a carbon price is simple: polluters pay for the greenhouse gases they emit — through taxes, or tradeable permits under a ‘cap and trade’ system, or other measures — as an incentive to switch to cleaner business models.

Policymakers in jurisdictions such as the EU, the UK and China have already introduced emissions trading systems, under which polluters buy allowances that permit them to emit greenhouse gases. Some companies have also set internal carbon prices and charge their operations fees based on their pollution. 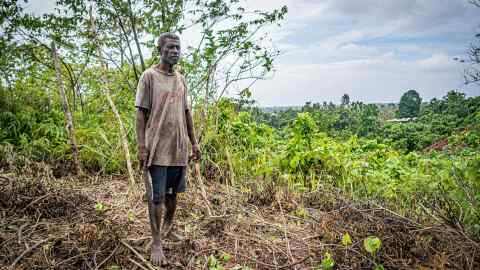 But these systems have different rules and the cost of a tonne of carbon varies widely: allowances in the UK’s cap and trade system hit a new high of £76 per tonne in September, whereas the global average emissions price is only $3 per tonne, according to the IMF. “The market failure is that the rules are different in each country, and most countries don’t have any rules at all,” says Louis Redshaw, managing director of Redshaw Advisors, a carbon consultancy.

Such inconsistencies have fuelled concerns that companies operating in certain jurisdictions are at a disadvantage to competitors elsewhere. To address this, the EU announced plans in July to introduce a carbon border import tariff for certain carbon-intensive imports — such as steel, aluminium, fertiliser and cement — by 2026.

According to the IMF researchers, however, a border levy is “far less . . . effective than price floors in achieving emissions reductions as they apply to only a small portion of a trading partner’s emissions”. Under the IMF’s proposed system, emitting a tonne of carbon would, by 2030, cost a minimum of $75, $50 or $25 depending on whether the emission was in an advanced, high- or low-income market.

But while there is broad agreement about the theoretical value of pricing emissions, the IMF proposal has received a lukewarm reception.

Tom Markowitz, who helped the government of Ontario set up a carbon-pricing system, says he is “sceptical of extending cap and trade [permit systems] outside national borders”. Such systems are still in their infancy, he says, and “we haven’t established the correct way of doing things”. Unresolved issues include which industries come under the systems and policing compliance.

Analysts have also queried the likelihood of numerous countries agreeing to a set of common rules for something so politically difficult. Agreeing on how these systems should work is where “the wheels come off the whole concept”, says Redshaw.

In the EU system, for example, certain industries must buy enough carbon allowances to cover their emissions. But not all polluting companies are included in the system, and companies receive a certain number of free allowances.

“If you’re trying to put a price on carbon, it needs to be on carbon, not on the bits of carbon you think are easy targets,” argues Redshaw. While the IMF’s idea might work in theory, he fears people will argue over “thorny issues, such as which industries to make exempt”.

If you’re trying to put a price on carbon, it needs to be on carbon, not on the bits of it you think are easy targets

In September, rating agency Moody’s highlighted the “effectiveness of carbon pricing” but also pointed to the “difficulty in achieving political consensus — particularly given the costs for economies and sectors with high carbon intensity”.

The level at which a price floor should be set would be another contentious question. Whether a $75 per tonne minimum would be high enough is “hard to say,” says Tarek Soliman, equity and climate change analyst at HSBC — although it would “certainly mark a step change in price signals,” he adds.

Countries are decarbonising at different rates, too, and have different emission reduction targets. In a system that does not cover every country, companies could “offshore” their emissions to regions outside of it, says Markowitz.

Experts therefore broadly agree that carbon pricing alone, or any sort of market solution, is unlikely to drive down emissions sufficiently and equitably. 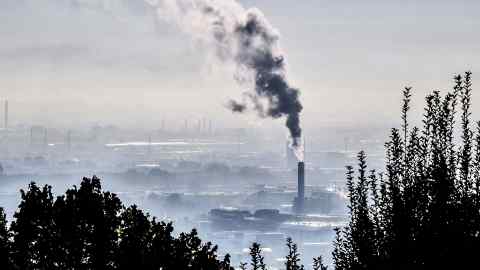 Carbon pricing “isn’t the silver bullet a lot of economic institutions often try to [make] out”, says Shane Tomlinson, deputy chief executive of E3G, a think-tank. Regulation, such as the phasing out of petrol and diesel cars, is also “powerful and important”.

As carbon prices rise and companies pass costs on to consumers, new government policies may be required to support those least able to pay. EU policymakers are understood to be hopeful that the revenues generated by their trading system could be used to help vulnerable citizens with the cost of the transition to low carbon.

But Tomlinson says the IMF’s price-floor system could end up excluding the most vulnerable countries and populations, if it is designed only by the major emitters. More fundamentally, he says the focus of the effort is wrong. Agreeing on the “lowest common denominator” will not result in a system “that is going to solve climate change”, he says. The idea is “simplistic in the extreme”. 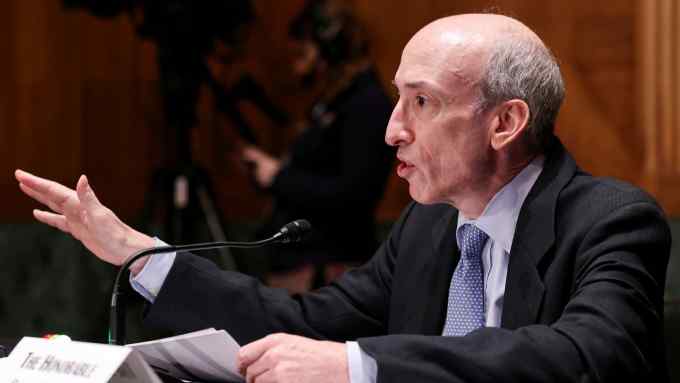