The case for continuing quantitative easing is hard to fathom

William McChesney Martin, head of the Federal Reserve from 1951 to 1970, argued that the task of the central bank was to take away the punch bowl when the party was getting going.

With investors worrying in recent weeks about “peak everything” as froth accumulates in equities, bonds, housing, cryptocurrencies and heaven knows what else, the party has long since been under way and is now in full swing and more.

Indeed, the central banks have been busy topping up the punch bowl through their continued bond purchases to keep interest rates low while conducting an interminable debate on when and how to remove support. Their protestations that the risk of inflation is “transitory” look increasingly questionable.

The curious thing about this approach to monetary policy is that central bankers seem hard pressed to explain why continuing the asset buying programme, known as quantitative easing, is necessary. There is a broad consensus that the original injections of liquidity after the 2008-09 financial crisis were invaluable in preventing a 1930s-style depression; likewise in preventing an economic catastrophe after the pandemic struck last year.

Yet central bankers’ claims that QE would boost gross domestic product are less convincing. With vaccines delivering a palpable boost to most advanced economies and asset prices constantly on the brink of yet further all-time highs, the case for continuing asset purchases is hard for mere mortals to fathom. In the meantime, unconventional monetary policy is creating ever greater balance sheet vulnerabilities.

The overall public sector balance sheet, which includes central banks, is seeing a marked reduction in the maturity of debt.

The Bank for International Settlements estimates that 15 to 45 per cent of all advanced economy sovereign debt is now, de facto, overnight. In the short run, that yields a net interest saving to governments. But their increased exposure to floating rates heightens vulnerability to rising interest rates.

Looked at from this debt management perspective, non-crisis management QE only makes sense if central banks’ policy rates remain close to zero for the duration of the outstanding debt. That in turn implies huge pessimism about economic growth. A return to modestly respectable growth would mean very expensive financing if interest rates rise.

In the advanced economies, the IMF estimates that the government debt-to-GDP ratio went from under 80 per cent in 2008 to 120 per cent in 2020. The interest bill on that debt nonetheless went down over the period, encouraging a Panglossian belief that the debt must be sustainable. 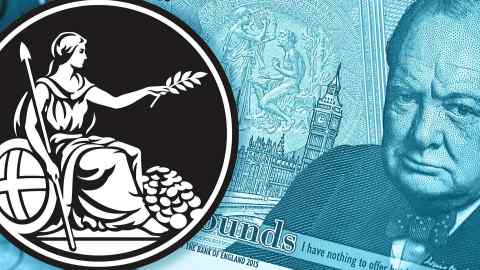 A similar surge in the global non-financial corporate sector led to debt hitting a record high of 91 per cent of GDP in 2019. Against that background, investors’ search for yield has caused severe mispricing of risk, along with widespread misallocation of capital.

Monetary policy has become asymmetric, given that interest rates since the late 1980s have never been raised as much in upturns as they have been lowered in downturns. This entails inexorably rising costs as debt piles up.

And the shape of the financial cycle may be changing. In the first four decades after the second world war, cycles peaked and recessions began when monetary policy was tightened to tackle mounting inflationary pressures. Thereafter, as inflation became quiescent, financial crises became the trigger for recessions.

The trigger now may be a lethal combination of rising inflation and financial instability. The difficulty is that central banks cannot take away the punch bowl and raise rates without undermining weak balance sheets and taking a wrecking ball to the economy.

The temptation for policymakers is to muddle on and perpetuate the boom, bust and bailout cycle. That way ultimately lies the balance sheet recession — a downturn caused by debt burdens — to end all recessions. The imperative should rather be to ensure that the post-pandemic debt splurge finds its way into productive investment along with planning debt reconstruction and the re-equitisation of the economy.

The Fed’s role is still to chaperone the economy / From Salvatore Bragantini, Milan, Italy