An exhibition explores the ways technology is changing human behaviour

Mera Rubell, co-founder of the Rubell Family Collection (RFC) private contemporary art museum in Miami’s Wynwood area, has first-hand experience of how technology is reshaping our behaviour. “My five-year old grandson talks to Alexa [the voice-based digital assistant developed by Amazon] all day, asking ‘her’ to tell him jokes, which she does whenever he wants. He told her he loved her. She replied, ‘Thank you, that’s very kind’. He asked her where she lives, so he could visit her. She replied, ‘In the cloud’. So then he asks, ‘Which cloud, where?’ They’re good questions. Where is she?”

For Rubell, Alexa’s presence in our lives chimes with the preoccupations of the 33 artists in the RFC’s new exhibition, Still Human. The potential and limits of artificial intelligence, corporate surveillance and bioethics here make for a compelling show.

At its most powerful, it is seriously disturbing — not least “Untitled” (2014), an installation by Andro Wekua which is rightly given a room of its own. Here, it seems, is a young girl sleeping. She appears calm and pretty, but oddities emerge: her bionic arm, for one thing, and the fact that her face, neck and arms are made of a different material (wax) to her legs (polymer plastic).

Is she sleeping — or just daydreaming? People don’t normally sleep upright, with their feet one inch off the floor, holding themselves up by the chin. Behind her is a battery pack and wires: she is re-charging like an iPhone. And every 10 seconds or so, the fingers on her non-bionic arm drum against her leg. It’s quietly terrifying.

Other works don’t pack the same punch, but many are similarly unsettling. “Poor Magic” (2017), a video and installation work by the Canadian Jon Rafman at the show’s entrance, imagines that real-world individuals have been uploaded into an augmented digital world that incorporates ragdoll physics (the animation used in computer games to create realistic death scenes). On the second floor, Cécile B Evans presents “Working on What the Heart Wants” (2016), a workspace with three oversize monitors, which display the process of creating an avatar. There are signs of human presence — pill packets, used tissues, a MetroCard — but the chairs are empty. Where are the people?

In the furthest corner, a three-screen projection by Los Angeles artist Frances Stark, “Osservate, leggete con me” (2012), documents the nature of virtual intimacy by replaying her own communications on the website Chatroulette. Its power is in its straightforwardness, showing the swiftness with which the interlocutors switch from, for example, discussing the range of Italian words for a penis to European politics. This is how we chat and flirt today.

The less technologically focused pieces tackle similar issues — including the impact of automation, particularly on the work force. In Josh Kline’s “Thank you for your years of service (Joann/Lawyer)” (2016), a suited woman is wrapped in a transparent rubbish sack. Her job defined her; without it, she’s trash. For his series “Buying Everything on You” (2005-onwards), Chinese artist Liu Chuang paid jobless people in Shenzhen for their belongings. These items — including clothes, personal photographs and mobile phones — are starkly displayed on three low, white plinths.

Earlier works show these are not just 21st-century preoccupations. Charles Ray’s “Male Mannequin” (1990) stands naked, edging towards the cyborg-status that his later works address. He was part of the 1992-93 Post Human exhibition at New York’s Deitch Projects, which also featured Damien Hirst, Jeff Koons and Cindy Sherman, and from which this show gets its name.

Thankfully there is also some humour — though it is pretty double-edged. “Lysa III” (2014), by Jennifer Rubell (the collectors’ daughter and an interactive art specialist), is a larger-than-life size, large-breasted, naked woman lying on her side with her legs fully functioning as a nutcracker (walnuts are provided). She could be seen as a powerful woman, cracking male appendages, but her nudity and passivity suggest a far more sexualised object.

Still Human leaves me pessimistic about how easily our lives are careering towards a future dominated by digital devices, but glad that these artists are tackling the darker sides of technology — and that the Rubells, who have a reputation for launching careers, have given them the platform to do so. “Artists have a way of telling a certain kind of personal truth, but they don’t deliver Hollywood endings,” says Mera Rubell. Quite. 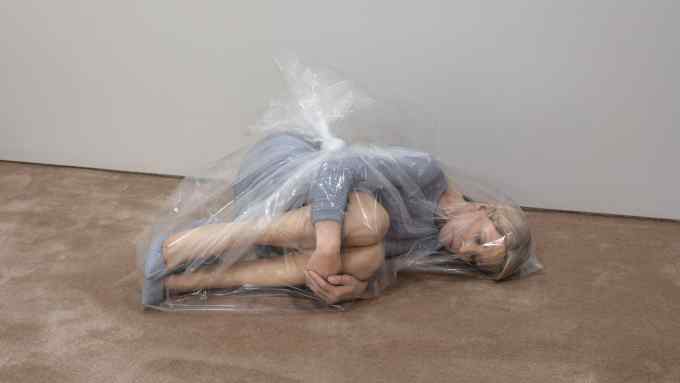