Exchange traded funds run by global asset managers including BlackRock and Invesco have large exposures to the threat that American depository receipts holdings will be delisted if the Chinese companies fail to meet US auditing requirements.

The US Securities and Exchange Commission has moved closer to delisting certain Chinese companies, identifying the first batch of five that will have to provide proof of audit compliance by the end of March. Failing to do so means they will have to delist from New York’s stock exchange by 2024.

Morningstar Direct Data show that 16 per cent of the $37bn China equity ETF market in the US would be exposed to the delisting risk, with 11 per cent of those being pure ADR listings.

Jackie Choy, director of ETF research for Asia at Morningstar, said switching to other listings was not unprecedented.

“In the case that a company only has an ADR listing, closer to the delisting date, such delisting would be reflected in the index. Hence, the ETF would be selling out the positions,” Choy said.

“For companies that obtain a listing other than ADR, the index provider would reflect that change and ETF managers can follow suit.”

KraneShares announced earlier this month that it would transition completely to Hong Kong-listed stocks. The firm now expects the portfolio to entirely comprise Hong Kong listings by the end of 2022.

An analysis of Morningstar Direct’s data shows that BlackRock’s giant $6.4bn iShares MSCI China is the largest owner of the five companies earmarked for delisting in terms of market value.

Global fund companies have been switching out of Chinese ADRs listed on US markets at a growing rate over the past few years due to the threat of delisting.

The Holding Foreign Companies Accountable Act, which was implemented by former US president Donald Trump in December 2020, is designed to ban Chinese companies from US stock exchanges if they fail to meet US auditing standards for three years in a row.

Lorraine Tan, director of equity research for Asia at Morningstar, said: “We should expect more notices from the SEC to the companies with China businesses listed in the US.”

Bloomberg reported last week that investment managers are staying away from Chinese equities despite a 75 per cent drop in their valuations amid Beijing’s close ties to Moscow, tough local coronavirus lockdowns and uncertainty regarding potential further regulatory clampdowns on certain industries. 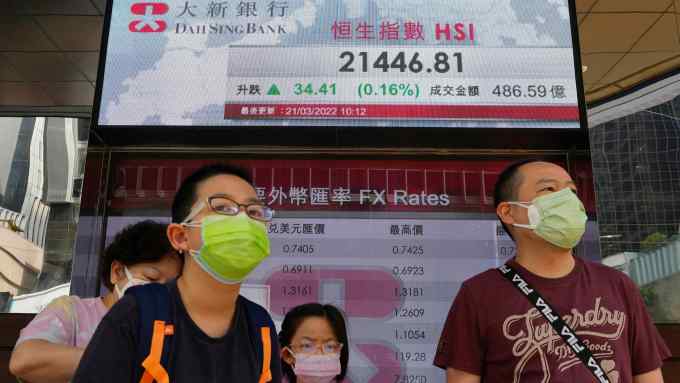