More solutions, both incremental and disruptive, are needed to meet decarbonisation commitments

Money is pouring into technologies to combat climate change at an unprecedented rate, as the scramble to cut emissions spurs a new wave of innovation.

With governments and companies lining up net zero commitments — often without a clear pathway to achieving them — demand for new solutions to help them get there is soaring.

That has fuelled an investment boom. Even as the world contended with the fallout from the Covid-19 pandemic, there was a record $17bn in venture capital pumped into the so-called “climate tech” space in 2020, according to data from BloombergNEF, a research group — triple the sum spent four years before.

“We need innovation to be able to decarbonise; the technologies just are not in the market right now,” says Temple Fennell, managing director at Clean Energy Ventures, an early-stage venture capital fund. “So you’ve got a sort of perfect storm of massive amounts of capital forming around massive amounts of demand to fund future innovation.”

A heightened sense of urgency over tackling climate change has prompted a surge in commitments to curb emissions from political and corporate spheres. The US and EU have committed to reaching net zero carbon emissions by 2050; China has said it will do so by 2060.

Meanwhile, more than a fifth of the world’s biggest companies have signed up to net zero pledges, with major global airlines joining the fray last month. 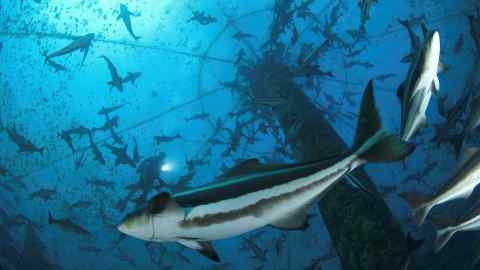 Many of the world’s emissions problems can be tackled using existing technologies: by raising efficiency, electrifying the provision of transport and heating, and ramping up renewable power generation.

But achieving these net zero targets will also require developing and adopting new technologies, ranging from green hydrogen production for carbon-free fuel to direct air capture facilities that can strip carbon out of the atmosphere.

That has prompted an influx of capital into climate tech, with investors betting on technological breakthroughs to achieve political and corporate aims.

“We’ve seen the volume of investment in climate tech accelerate in 2020 and, this year, it’s absolutely off the charts,” says Emily Reichert, chief executive of Greentown Labs — North America’s biggest climate tech start-up incubator. “We are seeing our start-ups be funded faster and in larger rounds than ever before.”

The technological solutions that we need to address climate change — some of them exist, but many more are absolutely needed

Climate activists have often been critical of companies and politicians placing blind faith in “silver bullet” solutions at the expense of the buildout of available technology such as wind and solar. In May, John Kerry, the climate envoy of US president Joe Biden, came under fire for saying half of the reductions necessary to hit net zero “are going to come from technologies we don’t yet have”.

But Reichert argues an “all of the above” approach is needed: scaling up existing technology; commercialising early-stage developments; and innovating towards new breakthroughs.

“The technological solutions that we need to address climate change — some of them exist, but many more, both incremental and disruptive, are absolutely needed at this point,” she says.

However, the funding pouring into climate tech is not purely focused on game-changing technologies. Some start-ups are working to improve the delivery of existing energy sources, such as by mapping solar resources or developing floating wind turbines.

For many investors, though, an earlier boom in clean technology investment proved disastrous. Between 2006 and 2011, venture capitalist groups ploughed over $25bn into the space, according to a landmark MIT paper. Over half of that was lost, causing funding to dry up in subsequent years.Immature markets, inexperienced investors and inappropriate financing models were blamed. But investors insist that this time it is different.

“Now, you have the fundamental underlying economics, you have wonderful products, and you have a public acceptance that will increasingly push towards the net zero global economy,” says Hans Kobler, managing partner of Energy Impact Partners, an investment firm with $2bn under management.

John Weyant, a professor at Stanford University who co-authored the book Renewed Energy about what went wrong in the first “cleantech” wave, says the increased awareness of climate change has helped drive action.

“Our view, working on the inside [a decade ago], was that nobody cared, it didn’t get covered, the public wasn’t that interested,” he says. Now, hurricanes, flooding, droughts and wildfires are driving home the effects of climate change, he says.

This is spurring a greater awareness among the public, in general, and also in the investment community.

The fresh wave of climate tech financing looks set to rise still further. Venture capitalist investment in January 2021 alone was more than the annual 2015 total, according to BloombergNEF.

“I like to joke a little bit that I’ve been doing this for 25 years — and I felt very lonely for 23 to 24 years,” says Kobler. But he adds: “It got really crowded in the last 18 to 24 months. We are just scratching the surface.” 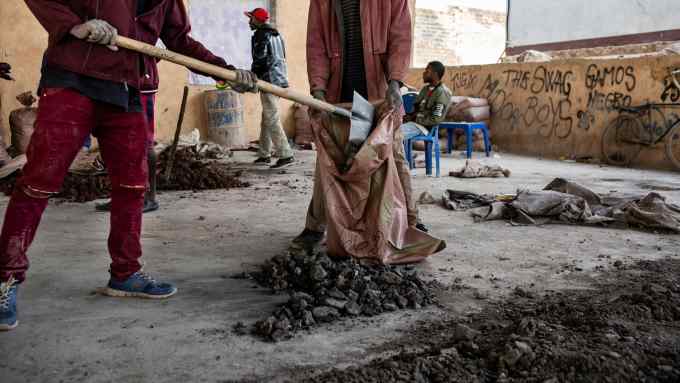