Poor education and obesity are risk factors for dementia

Studies find that hearing loss is also associated with the disease

At first sight the global growth in Alzheimer’s disease and other forms of dementia looks terrifying. The World Health Organisation’s latest estimates, released in December, put the total number of people with dementia at 50m today — and that is projected to reach 82m in 2030 and 152m in 2050.

The increase results entirely from demographic changes. By far the largest risk factor for dementia is old age. As deaths from other causes — infections, cancer and cardiovascular disease — decline, the number of dementia-prone people in the population is rising fast.

Yet the frightening overall figures conceal the good news that in many industrialised countries the age-related incidence of dementia is beginning to fall. In the UK and US an 80-year-old today is about 10 per cent less likely to suffer from dementia than one a decade ago, though the fall is mainly among men rather than women.

Many scientists think the decline must be due to changing environmental and lifestyle factors. If we can identify the factors responsible, we might learn from them to come up with a prevention strategy for Alzheimer’s.

An expert commission set up by the Lancet medical journal reported in July that more than a third of dementia cases could be prevented by tackling non-genetic factors ranging from poor education, stress and obesity to hearing loss, head injury and pollution.

“There is a lot of research showing that a generally healthy lifestyle can have a marked effect on your risks of developing dementia,” says David Reynolds, Alzheimer’s Research UK chief scientist.

The decline in age-related incidence could be due to improved cardio-vascular health or more education and physical activity, showing that “dementia does not have to be an inevitable part of ageing”, says James Pickett, head of research at the London-based Alzheimer’s Society.

Evidence that education protects against Alzheimer’s is also growing. “Many studies have shown that the more years spent in full time education, the lower the risk of Alzheimer’s,” says Hugh Markus of the Department of Clinical Neurosciences at the University of Cambridge.

“But it is difficult to unravel whether this is an effect of education improving brain function, or whether it’s the case that people who are more educated tend to come from more wealthy backgrounds and therefore have a reduction in other risk factors that cause Alzheimer’s disease.”

Prof Markus is leading a study to unpick these factors. Results published in BMJ in December showed that genetic variants predicting educational attainment were strongly associated with Alzheimer’s disease. Other studies have found that up to 19 per cent of Alzheimer’s cases can be attributed to low education.

A favourite idea is that many years of education, followed by a creative career and retirement activities that keep the brain as active as possible, build up a “cognitive reserve”.

However, it is far from clear to what extent this reserve needs to be established during early and mid life, and how much people can build it up further through mind-expanding activities in old age.

Many environmental factors have been linked to an increased risk of dementia, ranging from air pollution to head injury.

The most surprising of the nine significant risk factors identified by the Lancet commission is hearing loss in middle age, which could cut the number of dementia cases by 9 per cent if everyone was treated before deafness set in.

It is important to remember that, while studies may suggest that one-third or more cases of dementia are preventable, these are population-level estimates that do not necessarily take into account individual circumstances.

By having bad luck and the wrong genes, an individual who does all the right things may still develop Alzheimer’s, just as a non-smoker living a healthy life and trying to avoid air pollution may die young of lung cancer. 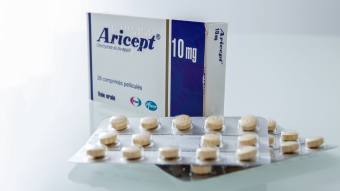