Essay competition winner: challenge the voice in your head that says ‘I’m not ready’

‘What should the next generation of women experience in their working lives and what will your generation do to create this?’

I saw a woman driving an Aston Martin. “I wonder what her husband does,” I thought, falling victim to the stereotyping I strive to defy. It was also disappointing given that I recently bought my husband his dream car after years of secret saving. With people like me falling foul of unconscious bias, we clearly have some way to go before we can take gender parity for granted.

For equality to become the norm, we need to equip women to reach the highest levels. Current challenges to achieving this are well documented.

Many studies show that women are more likely to lack confidence, resulting in fewer applying for jobs or promotions — as described in an oft-cited internal report at Hewlett-Packard. Women also settle for lower pay when compared with similarly qualified male counterparts — as shown by Linda Babcock and Sara Laschever in their book Women Don’t Ask. The cost of becoming senior is also greater for women: academics Frank Flynn and Cameron Anderson demonstrated how women’s “likeability” decreases with seniority, as shown by the career achievements of one highly qualified woman being viewed unfavourably — until they were re-presented as a man’s. 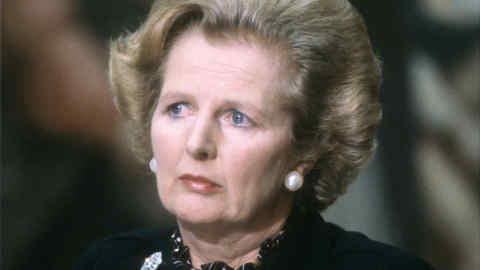 I discovered such statistics shortly after not going for a promotion. “I’m not ready”, the voice inside me had cautioned. Now, I recognise that voice and challenge it. It turns out confidence can be learnt.

We need to build this confidence in all generations of women. I’d like the data that helped empower me to be easily and widely accessible — imagine an app that you can ask “should I go for promotion?” and the Hewlett-Packard study findings appear. Ask “is my career damaging my children” and you get a data-referenced “No” that gives balance to the alternative view, one that haunts many working mothers.

In our efforts to elevate, we must not isolate. Increasing women’s success requires men and women to work together

Building confidence requires reshaping values and beliefs imprinted from childhood. Antenatal courses should teach about gender bias in parenting; preschools should challenge gender norms through role play; educational syllabuses should include material such as Sheryl Sandberg’s Lean In, and professional bodies should introduce inclusivity-focused development requirements. We also need new fairy tales, in which no sleepy woman waits for a prince, and no girl needs a man to foil the big, bad wolf.

The mother of invention: necessity

Many organisations already take action to tackle gender inequality, and this includes flexible working, mentoring programmes and hiring-shortlists with equal numbers of men and women. But there are also more creative and radical ideas that could be adopted. Even if the ideas are not practical in your organisation, it is worth talking about them to explore ideas that may work for you. How about “enforced sabbaticals” for all employees, ensuring that maternity leave is not the primary workforce break? “Blind-date hiring”, which uses gender-neutral CVs and a “blind” interview process? Or “empowerment pods” — confidence-boosting workspaces designed by psychologists? Or somewhere to practise a power pose?

Pilita Clark
If women are so great why don’t more of them run the place? Many organisations state a commitment to diversity but too often good intentions are sidelined. In practice, meaningful progress requires diversity to be a business imperative, not just a “nice to have”.

I saw this shift when advising boards on reporting gender pay, mandated in the UK in 2017 for larger companies. Although the (admittedly crude) calculations were criticised by some as “misleading”, it led to invigorated diversity strategies, in particular among companies in the retail sector where the risk of unfavourable headlines provoked real action.

Policymakers should learn from this and identify specific triggers that would provoke an equivalent response among other industries. Taking asset management as an example, a critical mass of investors linking capital allocation to meeting diversity targets would yield action.

Few in my network disagree that women and men should be treated equally. In fact, many assume they already are; this means that measures such as additional training or quotas are sometimes seen as unfairly favouring women. I have often heard “it’s easier if you’re a woman” — a fair assessment for anyone unaware of the widespread unconscious bias affecting women’s ability to succeed.

In our efforts to elevate, we must not isolate. Increasing women’s success requires men and women to work together. We must ensure that those who support equality in theory understand and support the actions required in practice. This starts by sharing knowledge as widely as possible; it takes a brave man to attend a “women’s event” — we must invite and welcome them.

By equipping women to achieve their potential, identifying ways to make equality a business imperative and securing support from men, we can continue to shift the perception and performance of women. The next generation must in turn leverage our experiences to ensure equality is reflected globally and beyond gender.

Lastly, personally, I believe gender equality will be achieved when male and female boxers of equal strength compete against each other at a high level. A knockout against gender bias.

The writer is a principal at Investcorp

This article is an edited version of the winning entry to the FT’s seventh annual essay competition, organised with the 30% Club and Henley Business School, to win a free executive MBA place. The essay question was: “What should the next generation of women experience in their working lives and what will your generation do to create this?” The judges were: Anne-Marie Huby, entrepreneur; Jane Francis, British Antarctic Survey; Claire Collins, Henley Business School; Pavita Cooper, 30% Club; and Harriet Arnold, FT Special Reports