It was supposed to be the summer when Gagosian unveiled its new Athens gallery space, Jeff Koons headlined at the Deste Foundation’s island space on Hydra, and a raft of new hotels opened their doors. Viral forces had other plans, of course. But creative Athens, shaped by bitter financial crisis, has learnt how to persevere – some might say thrive – in the face of adversity. “Art in Athens is boiling because the city itself is boiling and changing,” says dealer Andreas Melas. “Coronavirus hasn’t erased that.”

While some artists felt frozen by the end-of-days mood of the strict lockdown, it was a period of creativity for others. Many took part in the Artist Support Pledge, using social media to sell to clients who had switched to seeing works online. “It felt good to support other artists and sell work to a closer network than I’d usually reach via galleries or institutions,” says Navine G Khan-Dossos, an artist who has been compiling test paintings for a new installation that will show at the Athens Biennale now scheduled for next spring. “Covid-19 has raised awareness around living with a collective mindset,” agrees Art Athina fair director Stamatia Dimitrakopoulos. “It’s crucial to stay united to survive – in the art world too.”

Although the streets remain heavy with Delta police and people wear masks, international flights have now resumed to Athens and outdoor café tables are full again. Gagosian will open its new building this month at the foot of Mount Lycabettus with a show by minimalist New York-based artist Brice Marden, who lives and works part-time on Hydra. For Larry Gagosian, “Our gallery in Athens has proven to be a favourite venue for many of our artists. It’s a city of incomparable historical significance... and we’re very happy to move into a larger building... and expand our programme.”

The Koons show, meanwhile, will exhibit at Deste next summer – and a planned show of work by the Greek sculptor Kostis Velonis to mark the 200th anniversary of the Greek War of Independence has been brought forward to fill Koons’ slot.

“This moment has offered a great opportunity for things to be put back in order and to restructure systems,” says Sylvia Kouvali, who returned to Athens to open Rodeo gallery in 2018 following incarnations in Istanbul and London. “As we have spaces in different countries, it’s now about being more here or more there, rather than trying to be everywhere at the same time as so many of us were before.” Kouvali has helped guide numerous artists she represents towards the international stage: this year Shahryar Nashat exhibited at MoMA in New York; last year Christodoulos Panayiotou showed at Musée d’Orsay in Paris; Haris Epaminonda won the Silver Lion at the Venice Biennale; and Duncan Campbell won the UK’s Turner Prize. In June, Kouvali launched the reshuffled art season with One by One by the 68-year-old artist Apostolos Georgiou, whose spare portrayals of interacting figures in muted greys and greens work harmoniously in Rodeo’s 20th-century warehouse space. 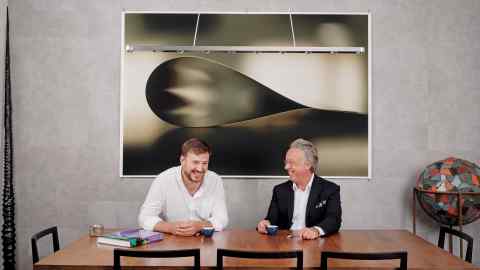 She also led the way to Polidefkous, a street in the shipping district of Piraeus that’s become a new focal point for Athenian cultural energy. The Rodeo show coincided with a new exhibition by London-born, Athens-based emerging artist Zoë Paul in neighbouring The Intermission, steered by art adviser Artemis Baltoyanni. Η Ζαργάνα Μου (My Needlefish, which translates to something like a flirtatious catcall) features an installation that layers Paul’s signature references to Greek island life through ceramics, cast bronze, and a shimmering beaded curtain similar to one she installed at MoMA earlier this year.

“The key difference from a decade ago is that local artists are now in direct dialogue with foreign artists, so they’re no longer hung up on expressing Greek life,” says Marina Eliades of the Bernier Eliades gallery near the Acropolis, which represents big names such as Thomas Schütte alongside emerging artists like rising star Rallou Panagiotou (whose works sell from €20,000).

Athens, however, remains fertile ground: “After what Athens has been through – and is still going through – artists feel moved to comment on the city, generating a dystopian mood in their work,” says Alexandros Tzannis, whose own work examines themes of fracture and regeneration. In 2019 he curated the group exhibition On The Edge of the Blade We Run, an exploration of Blade Runner’s contemporary relevance to 21st-century Athenian life, in the Athens warehouses where his studio is situated. Speaking of the city’s cultural character, Margot Norton, from New York’s New Museum of Contemporary Art, who curated last year’s Athenian barometer show The Same River Twice for Deste, says, “Athens is defined by a dynamism that’s impossible to capture, yet essential to the city.”

Before the pandemic, art in Athens was not only creative and collaborative but becoming commercially successful too. Earlier this year at Eleni Koroneou Gallery, a show by young Afghan-born, Berlin-based abstract painter Tamina Amadyar (with works from €12,000) sold out in a month to collectors in France, Britain, the US and Greece. Across town at Kalfayan Galleries, the entire Night Garden exhibition of small atmospheric paintings (€3,000 to €4,000) by Greek-Egyptian Farida El Gazzar sold within the first few days of the show. And while collecting has undoubtedly slowed, there’s hope: this summer Kouvali sold most of her Piraeus show. 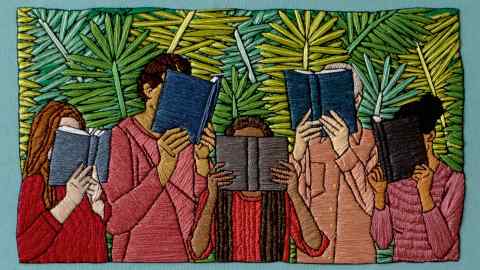 According to Aphrodite Gonou, an adviser for the Cycladic Museum’s contemporary exhibitions and private collections including George Michael’s foundation, there’s good reason to be optimistic. “Young collector numbers have been growing fast,” she tells me. “Ten years ago there were hardly any here.”

Until recently, sell-out shows were also few and far between. “When the economic crisis hit we shifted our business focus overseas while acting more like a kunsthalle at home,” says George Vamvakidis, co-founder of The Breeder gallery, which is set in a factory conversion in the red-light district of Metaxourgio and focuses on works about identity expression and queer aesthetics. “We’ve always presented artists living and working outside the norm. Now those things have more visibility,” he adds. Angelo Plessas and Andreas Angelidakis are the gallery’s most archetypal Athenian artists, playing respectively with spirituality and architectural ruin, both keynotes of the city’s enduring appeal.

Increased interest and confidence in the capital is also drawing Greek artists home. “We moved back to Athens after years between Vienna and LA because there’s fresh energy here,” says leading Breeder artist Jannis Varelas, whose partner, Art Athina’s Dimitrakopoulos, returned to revamp the fair.

The galleries that have dealt best with the pandemic have been the ones that have been agile. Rodeo, for example, used Art Basel’s online viewing rooms to fundraise for an Athenian charity. The Breeder prioritised interventions on its façade so people didn’t need to gather inside. “Things have definitely been precarious – initiatives cancelled and art fairs postponed… so it’s difficult to generate cash flow to support artists,” says Hugo Wheeler, who runs the young gallery Hot Wheels Athens in Exarchia, the site of longstanding violence between protestors and police. He works closely with six artists but shows far more. Later this month he’ll show works by Cypriot artist Marina Xenofontos.

Pandemic notwithstanding, the gentrification of downtown Athens has been marked in recent years. Forty new hotels opened across Attica last year, and at least seven are scheduled for central Athens this year. Just as the influx of new visitors has shifted cultural emphasis, so new hotel walls have proven an additional show space. Step into the Perianth dining room and you’ll find a colourful postmodern-style painting about myth-making by Athenian painter Antonakis. The hotel’s co-founder Anastasia Sgoumpopolous commissions contemporary Greek works directly from studios because “there are so many good artists in Athens who don’t have representation”. Surreal photography by Italian Jasmine Deporta and portraits by Athens-based British painter William Roper-Curzon can be bought from the walls of Shila, a new boutique hotel in a 1920s residence.

For paintings, Allouche Benias gallery, which opened in 2018 in grand panelled rooms at Deligeorgis Mansion, is a go-to source. For sensational neoreal and neosurrealism, look up Stelios Faitakis and Panayiotis Loukas. Both are favoured artists by Philippos A Tsangrides Panagopoulos, one of Athens’ new generation of collectors and certainly its most visible. His latest tip is the work of Iliodora Margellos, whose abstract embroideries are priced from €1,000 to €20,000 and who is represented by Mykonos gallery Dio Horia Art Gallery, which has just opened in Athens.

“We each tend towards our own era,” says Tsangrides of his tastes, which were shaped by his mother Irene Panagopoulos, one of Greece’s most influential art patrons. “But it can be fun to combine – like when I hang something ‘young Athens’ beside one of her important Arte Povera pieces.” Besides her role as president of shipping company Magna Marine, Panagopoulos is a member of the Tate International Council, a patron of New York’s Dia Art Foundation and, closer to home, the Cycladic Museum. In addition to inheriting a collection of Greek modernists, she has built a significant collection of her own.

Of her own acquisitions, Panagopoulos’s favourite piece is one by Jannis Kounellis that has survived multiple re‑hangs, a financial crisis, her son’s installation experiments, and lockdown monotony. “When it comes to Greek art, I look for signs of my identity as someone living in this land,” she says. For the younger generation, the focus has shifted to living in this city – an energetic Athens in which age-old artistic impulse and 21st-century conditions clash and coalesce.