We use cookies (opens in new window) for a number of reasons, such as keeping FT Sites reliable and secure, personalising content and ads, providing social media features and to analyse how our Sites are used.
Manage cookies
Accept & continue
Special Report Diversity Leaders
See all 8 stories
Workplace diversity & equality

The village of Wernetshausen, set high in rolling pastures between Zurich and St Gallen, is now on the front line in the battle for gender equality. In June cities were crowded with women on strike to protest against Switzerland’s record on gender diversity and equality.

In Wernetshausen, population 900, the local women demonstrated too. Just over a dozen — styling themselves the Wild Wives of Wernetshausen — wore pink and lilac clothes to hand out leaflets and declare solidarity with the thousands of female strikers in cities, towns and rural communities nationwide. Some of the Wild Wives have met regularly since the first Frauenstreik in 1991. That strike, not repeated until this year, was a landmark in the nation’s cultural history.

Nationally, many say change is too slow. They point to the decentralised Swiss political system and call on employers to step up and force change.

Barbara Kux sits on the boards of four international companies and is a director in residence at Insead, the Paris business school. “In Switzerland we are not so state-orientated,” she says. The state can pragmatically guide change but it is up to businesses to become serious about it and many are.”

She says it is important to explain to companies that “this is an opportunity they can profit from . . . diverse businesses are more successful businesses”.

But while many big groups in Switzerland boast about workplace diversity there are still questions over how policies are applied — and how old attitudes cling on.

Many women in this year’s Frauenstreik were too worried about job security to leave work or even to be seen as a supporter, says Linda Parenti, who runs Parenti Design, a Geneva branding agency.

She helped organise Godmothers for June 14, a network of women that protested on behalf of those who had to work. Sixty godmothers in Geneva stood in for female doctors, watchmakers and finance professionals. “It shows how terrible the situation is,” says Ms Parenti.

Companies confirmed to the Financial Times that, while they supported the strike, those taking part had to take the day as holiday.

Switzerland is diverse by nature, as its citizens like to boast. It is a country of three cultures and three languages (five if you count Romansh and English). A fifth of its population are foreign-born and four in ten people have at least one non-Swiss parent, according to the 2013 census. It is a conservative society, too, and has resisted the change that has swept society elsewhere in Europe.

Only in 1971 did women gain the vote in federal elections and until 1985 they needed a husband’s permission to work or have a bank account. Paid maternity leave was put into law in 2005 and fathers now get paternity leave . . . of a day. By contrast, women in neighbouring Austria have been able to vote since 1918.

One in five company directors in Switzerland is a woman. People say progress is being made: five years ago, that figure was one in seven. Switzerland’s ambition is still modest. The government’s soft target is for women to make up 30 per cent of boards in the next five years.

By other metrics, the country is slipping. According to the World Economic Forum, Switzerland’s gender pay gap has widened since 2014. The Swiss statistics office says that, on average, men receive a fifth more pay than women. In senior roles the gap is wider and men earn about a third more.

“There is huge opportunity in a culture that otherwise is as diverse as Switzerland. Every third couple is multiracial, but when you look at corporations it is mainly men at the top,” says Allyson Zimmermann, Zurich director of Catalyst, a global non-profit that helps build workplaces that work for women.

“We have to engage with these businesses at the top level and make them understand why change is needed. From day one, women here are paid less than men.”

From day one, women here are paid less than men

One of the challenges in Switzerland, according to Insead’s Ms Kux, is to ensure that women have management and technical expertise. She says quotas will not work unless the women put into senior positions are qualified and equipped for them. “This has to be about increasing capability, it’s not just ticking boxes. It has to be sustainable for the companies.”

Just 9 per cent of Swiss executives are women, Ms Kux says, and this represents a recruiting bottleneck. More women are studying technical subjects and science but it will be a generation before they reach management level.

For Ms Zimmermann, another brake on progress in Switzerland is the culture of presenteeism, which punishes workers who juggle work with family commitments.

“It’s an illusion that companies have — that the best work happens when you are in the office and visible,” says Ms Zimmermann. “It is hard not to conclude that workplaces are designed to support men.”

Business already has the power to change that, Ms Zimmermann adds. They do not need to wait for the law or for society or economics to alter. “Treat it as any other business decision. We need to get them to understand ‘the why’ and to get beyond excuses. It is time.” 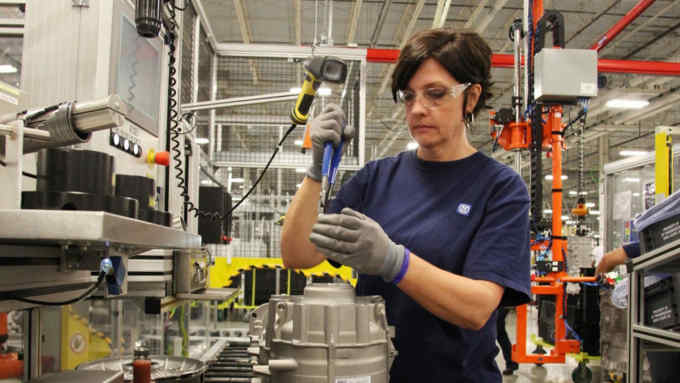 Welcome to Diversity Leaders, a report highlighting the progress made towards achieving full inclusion in the workplace but also the challenges that still remain. Included is an inaugural ranking of 700 leading companies surveyed across 10 European countries, praised by staff for their approach.