Why the stigma of periods is open for discussion

Reproductive health is an equality question in the workplace
Isabel Berwick 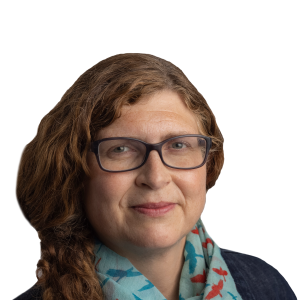 I have heard hundreds of scary, grim and outrageous workplace anecdotes over the almost three decades that I have been hanging around in offices. These involve humiliating public firings, toxic managers galore and one excitable Alsatian dog.

But the Worst Story Ever begins with nothing more sinister than a lone woman in a business meeting. She is wearing a white linen suit in a boardroom full of men in dark suits. Feeling a rising panic as the meeting ends, Linen Suit Lady backs awkwardly out of the room, knowing she is causing offence to important corporate contacts by not stopping to shake hands or say goodbye. She is rushing because she knows — without even looking — that her period has leaked.

These are the things that have always been whispered about among women: as well as leaks, the pain and mood swings of periods — not to mention the approach of the menopause (which is a whole new world of hot, sweaty pain).

If women have kept menstruation quiet among friends and family, it is no surprise that it has been vanishingly rare to share anything so personal with colleagues and managers in the workplace.

For decades, keeping quiet about periods has made sense in a corporate world set up for men. The feeling was that admitting to anything remotely hormonal would only offer male bosses and colleagues more fodder for thinking that women are weak, moody and unreliable. “Is it that time of the month?” was once a routine jibe aimed at any woman who was impatient or snapped back when provoked.

Women should, of course, be free to keep this most personal information to themselves, and many do just that. The “say nothing” attitude works fine in the workplace, where we are paid to be professional and focused. I sort of (covertly) agreed with it.

I have, though, changed my mind. I urge you to read writer and broadcaster Emma Barnett’s recent memoir/manifesto, Period. She shows how women’s silence is part of the deep-rooted cultural shame that comes from millennia of being told that menstruation is a stigma and unclean: “the curse”, as our mothers and teachers still called it when I was a teenager.

That needs to change. As Barnett writes: “Those things which continue to live in the dark usually divide us unnecessarily and always benefit from the healthy disinfectant of sunlight.” By opening up, by making “unmentionable” periods and women’s health into something normal, Barnett’s hope is that we make them instead unremarkable — “not to make women seem like a weak, foreign or filthy species. Not to make women feel embarrassed in front of each other.” 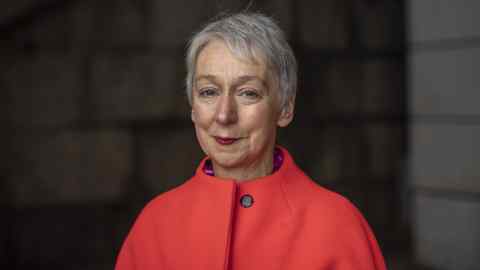 Barnett is writing at a time of unprecedented discussion of menstruation in wider society. As with any radical movement, it started with a trickle (sorry) of change.

First movers, the ones who initially agitate and speak up, are not welcomed. They are often marginalised or dismissed. But there always comes a tipping point, when something quiet and subversive gets loud and mainstream. And menstruation has finally got there.

Open discussion of menstruation is suddenly widespread. And where society leads, business will follow

In the UK, change came via impressive young campaigners who want to eradicate period poverty. They have led the way, changing the law and getting free tampons and towels into secondary schools so that no girl misses school because she cannot afford to buy sanitary products.

Change came also via the women setting up cool new femtech companies. They often struggled to win initial funding from the overwhelmingly male venture capital industry, but are now producing organic and ethical sanitary products, with bright, no-nonsense social media feeds. Thinx, a US period underwear maker, has rolled out a national ad campaign featuring a young boy getting his first period with the tagline: ‘What if we all had periods?”

Open discussion of menstruation is suddenly widespread. Where society leads, business will follow. For women in the workplace, being open and owning their reproductive health is an equality question.

Work & Careers
How to make your menstrual cycle work for you 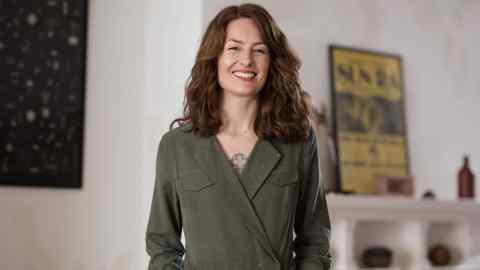 Some may need time off or to ask for flexible working. But some are also tracking how hormone levels affect their performance.

But that progress for the future will depend on women’s openness, honesty and solidarity in our workplaces now.

As Barnett says: “It’s just silly that women are still in a position where they are made to feel that the ideal worker body is male, and so any sign of femaleness should be concealed.”

The writer is FT Work and Careers editor