Victor Wang on his Covid-inspired Institute of Melodic Healing

The curator of this year’s Frieze Live has experimented with ways to meld physical performance, sound and digital space

What happens to the live body in art after it’s been deemed a harmful pathogen? Coronavirus has forced us not only to reconsider what it means to be in the physical presence of art, but also the physical in art. For curator Victor Wang, the new challenges presented by the pandemic are an opportunity to re-evaluate notions of body, experience and performance.

When I call him, he has just finished a string of meetings about forthcoming exhibitions. “It's been a bit mad,” he says. “I run a museum in Beijing with several locations, and at the moment I’m organising a large-scale retrospective of a Japanese composer alongside a posthumous survey of an important Italian painter, his first one in China.”

This cross-cultural exchange between east and west is an area of expertise for Wang, who has had an impressive career first as an independent curator collaborating with institutions in Europe and mainland China, and more recently as the artistic director of M Woods, a contemporary art museum in Beijing. Furthermore, he is the founder of the Institute of Asian Performance Art, an international network which seeks to deepen awareness and understanding of the history of early performance art in Japan, Korea, China and Taiwan. Wang thrives in this intersectionality: “I’ve always seen myself as working in that space of cohabitation, or what I call, ‘exhibiting in the margins’.”

Now in London, Wang is undertaking another curatorial project that can be said to be “in the margins”, this time, in the spaces between the virtual and the real. As the curator of this year’s Frieze Live, the art fair’s platform dedicated to performance and time-based works, Wang faces the task of organising a live programme in the time of Covid-19.

“If bodies are deemed potentially toxic at the moment, how then do we deal with such issues in terms of doing something live, with bodies?” he asks. His answer is “The Institute of Melodic Healing”, an offline and online platform for sound and performance art featuring eight UK-based artists.

“It’s really an experiment in space and time,” Wang says. “It's about bringing the community together at a time when the body and movement are regulated.” To overcome these restrictions, he has adopted an approach that he describes as “decentring the body”. For instance, Anthea Hamilton, one of the featured artists, will position black mannequins around the Institute’s location in Cork Street as a kind of place holder for bodies. “This is an idea I saw in concerts and sports venues in Taiwan and the mainland, where they started using mannequins to replicate the sense of an audience. So this idea of proxies and stand-ins has become another key pillar in the show.”

This original thinking is also transferred across Wang’s curation of the show’s virtual platform. Rather than treating it as a mere supplement to the show’s live elements, he views this digital space as a way to question the presentation of performance art more deeply.

“Cécile B Evans will host closed dress rehearsals of her performance which will be streamed live for two days. I hope to invert the whole making-and-presenting logic that both fairs and exhibitions have, allowing this idea of practice or process to be a kind of important element in our post-Covid world.”

Bodies or non-bodies are used to interrogate the notion of presence. But Wang’s Institute also seems to ask: what is presence without community? And once we've found a way for the body to exist again in the artistic space, how can we use it as a healing force?

One of the ways is through uniting performance with sound. Wang tells me he became particularly aware of the role of sound in bringing people together during the global protests sparked by the death of George Floyd in May: “I was interested in how people would amass around speakers and how PA systems were used to bring communities and individuals together. It fascinated me to see how sound was a pivotal thing for this generation in terms of disobedience and social dissidence. So that also led me into this idea of how we think about performance, community and healing through sound and body.”

As well as incorporating sound art and installations, sound played a role in determining the Institute’s duration, which is fixed at 111 hours. This decision, Wang informs me, was influenced by the work of another of the show's featured artists, Haroon Mirza, and his research into the 111 hertz frequency.

“This specific frequency is believed to have physiological properties which affects the brain and the heart,” Wang says. “Archaeologists have found certain neolithic sites that emit this frequency if you hit them with sound or lasers, leading some to believe that these were once spaces of healing through sound. The Institute became durational to depict that harmonious space.”

It’s to be hoped that the Institute of Melodic Healing will be the first of many such therapeutic spaces in art that allow us to reflect on our new world, and that performance will play a vital role in helping us contemplate the body’s place in it. As Wang says, “for so long we’ve forgotten the body. I think somehow performance brings you back into a space of consideration, very much in the same way that a forced quarantine forces the body to a specific space and time that makes people reconsider life.”


Get alerts on Collecting when a new story is published 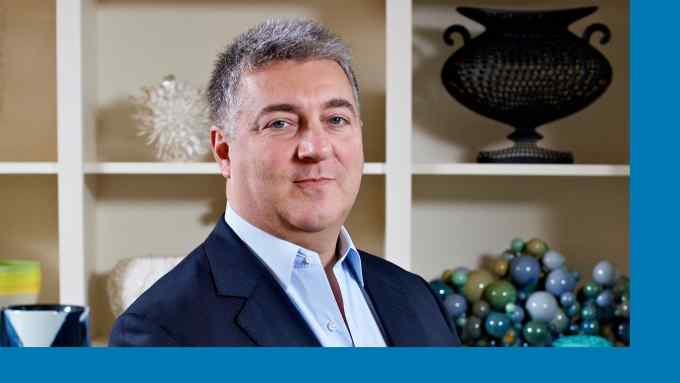