Lead the way with 50% off
Opinion Markets Insight 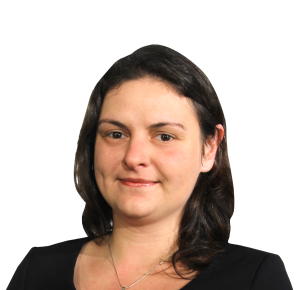 When French investment bank Natixis polled its clients in December about their key expectations for the year ahead, their survey found that 52 per cent of them expected emerging markets to outperform major economies.

The market consensus also held that currencies battered by the impact of coronavirus in 2020 would turn into star performers this year, their rise fuelled by the global economic rebound, a wilting dollar and loose monetary policy in the US.

It’s not shaping up that way. In the first quarter of the year, emerging markets equities rose around 5 per cent, less than half the 9 per cent surge in the S&P 500. The currencies of developing economies have also fared less well than anticipated, while the dollar has gained nearly 3 per cent against a basket of its peers in that period.

“Yes, EM currencies faced a more challenging year relative to expectations,” says Aaron Hurd, a senior portfolio manager at State Street. He described the performance of these currencies so far this year as “disappointing, but not so bad overall”.

It hasn’t been great either. Nearly all EM currencies have weakened against the dollar since late February, with a slight recovery at the start of April. But the dollar is still 9 per cent stronger against the Brazilian real and it’s up 5 per cent against the Russian rouble since the start of the year. It’s also advanced against market darlings such as the Mexican peso and the Chinese renminbi.

Rising yields on US government bonds have been the main spoilers of the EM rebound story in the first quarter. As investors moved to price in a roaring comeback for the US economy, they have nudged yields on Treasuries sharply higher, increasing the attractiveness of US assets at a time when yields in emerging markets are near historic lows.

Before the pandemic, emerging markets interest rates were higher than those in major economies to compensate investors for taking more risks. Currencies in EM economies tend to be more volatile and vulnerable to sudden shocks than the dollar or the euro. But in 2020, central banks across the world moved in concert to slash rates to near zero, leaving little to tempt investors.

We continue to believe that global macro conditions . . . are setting the stage for a sustained outperformance of EM assets.

Now that rising inflation fears are forcing US yields higher as investors price in a less accommodative stance from the US Federal Reserve than before, this is becoming a problem for EM central bankers.

The key question is how they respond and how fast. Ed Al-Husseiny, a senior rates and currencies analyst at Columbia Threadneedle, says South Africa, Brazil and others will have to raise rates much faster than before to keep inflation in check and stop their currencies plummeting. But raising key rates too fast can kill off budding economic recoveries.

“The Fed is priced for no hikes this year but the market expects a four percentage point hike in Brazil, that’s how bad it is,” Al-Husseiny says. “EM central banks cut rates last year and they’re now paying the price.”

Brazil has already surprised investors with its biggest interest rate rise in a decade that pushed the key Selic rate to 2.75 per cent in March, with the central bank’s chief signalling another equally chunky rate rise at the next meeting.

Analysts at Capital Economics say central banks will choose to keep policy rates at near zero rather than risk derailing economic recoveries, even as yields on long-term US Treasuries rise. This will cause emerging markets currencies to lose ground against the dollar.

Domestic stories such as the firing of Turkey’s central bank governor and rising geopolitical tensions in Russia have also added to the burden on EM currencies.

But some investors remain optimistic, believing that US government bond yields will stabilise and the original playbook for 2021 can resume with a strong economic rebound and a weaker dollar buoying emerging markets assets.

State Street’s Hurd expects “a sustained [and] widespread” rally in currencies, with the Russian rouble being a favourite bet. The rouble has been the second worst performing currency this year because of heightened geopolitical risks, with the dollar rising nearly 5 per cent this year.

Wim Vandenhoeck, senior portfolio manager at Invesco Fixed Income, adds: “We continue to believe that global macro conditions . . . are setting the stage for a sustained outperformance of EM assets.”

“We believe interest rate and currency valuations [in emerging markets] are now more attractive than they were at the end of last year.”