Their name may lack romance, but the stones are proving to be popular playmates to more costly faceted gems, providing colour and scale

The star of this year’s Chanel Escale à Venise high jewellery collection was a large necklace that tried to reconnect locked-down travel fans with the vivid silhouette of the Lion of Venice in the Piazza San Marco. But, to capture the correct shade of blue, Patrice Leguéreau, the company’s director of fine jewellery, passed up sapphires and tanzanite for a less-precious hardstone: lapis lazuli.

It was the obvious choice to reimagine a starry sky, offering an indigo hue flecked with gold-coloured pyrite. The more accessible costings compared with precious gems allowed Leguéreau to be lavish. The Escale à Venise Constellation Astrale necklace uses custom-cut tiles of the gem to create a dramatic tesserae-like pattern in homage to Roman mosaics, accented by a scattering of diamonds and yellow sapphires in star-shaped settings.

And while their name may lack romance, such ‘hardstones’ — semi-precious gems known for their durability — have been common in recent high jewellery launches. Once more associated with less expensive jewels, the stones are proving to be sought-after as playmates to more costly faceted gems — providing colour and scale.

“Hardstones are beautiful natural materials that are fortunately less rare than their gemstone cousins and therefore can be used more lavishly,” says Sara Prentice, the creative director of House of Garrard, the London jeweller. “This allows more scope to incorporate colour on a bigger scale.”

She turned to hardstones when designing this year’s Fanfare Symphony collection of fan-shaped jewels, inspired by the accessories used by 18th-century women to conceal their identities at London masquerades. In each design, a hardstone is paired with a chromatically complementary faceted gem: pink opal with pink sapphire; turquoise with aquamarine; malachite with emerald.

“This collection shows off the contrast between the facets of the gemstones and the opacity and depth of colour in the hardstones, in the design,” says Prentice. “After the unexpected year we’ve experienced, there seems to be even more pull towards colour.”

It was the uninterrupted, matt colour of hardstones that romanced Victoire de Castellane, the artistic director of Dior Joaillerie. “For me, colour in jewellery is very important and I adore using all the stones, especially hardstones,” she says. “I had the idea in mind for a long time, I was just waiting for the right moment.”

That moment has now arrived, and one of the best examples of her experimentation is in the Gem Dior collection (below), which she describes as “abstract-organic, an organised disruption”. The designs took inspiration from the formation of minerals, and thin, rectangular cuts of hardstones were used, including chrysoprase, onyx, carnelian and aragonite, to create jagged lines.

A timepiece in the collection with an octagonal malachite face is a nod to watchmaking’s recent fascination with hardstone dials: in April, a vintage platinum Rolex Daytona with a turquoise dial sold for six times its presale estimate at Sotheby’s, fetching $3.1m.

Dior has also used discs of hardstones for its more accessible lines, tapping into the so-called healing properties of the gems in its Rose des Vents collection.

Other jewellers have followed suit. The unisex Les Berlingots de Cartier collection stars cuboids of pink and blue chalcedony, onyx and malachite, bookended with diamond-studded pyramids of gold. Van Cleef & Arpels has added the stones in dome and petal form to its entry-level Perlée and Alhambra collections.

Italian jeweller Pomellato used hardstones in an unexpected way this year, taking broken jet and kogolong, a smooth white volcanic gemstone found in Afghanistan, and repairing them with gold in homage to the Japanese ceramic art form of kintsugi, after which the collection is named. It created narratives on craft, sustainability and “the idea of celebrating your scars as a sign of strength”.

This is not the first time the jeweller has celebrated the opaque stones. In 2017, it released a collection of hardstone cocktail rings to mark the brand’s 50th anniversary, using lesser-known stones such as zoisite, rhodochrosite, dendritic agate and chrysocolla. “It was a new territory,” recalls Vincenzo Castaldo, the creative director at Pomellato. “Mineral gems’ extraordinary natural qualities — veins, inclusions and hues — to me are like colours for an artist. Hardstones allow us to grasp the hidden beauty of mother nature.”

Though hardstones are back in vogue, the gems have been prized through history. While the swaths of colour draw jewellers to them now, it was their ability to withstand carving that originally led them to find fame. They were used to create intaglios: miniature artworks, often portraits, that could double as wax seals to authenticate letters.

A popular Roman wedding ring featured a carnelian intaglio depicting the betrothed couple. Today, Victoria Strig­ini, a London jeweller, has one of these gems dating to the 2nd or 3rd century, which she has reset in a simple gold ring.

Explore the Special Report
READ MORE
Cyrille Vigneron: ‘You have to explain Cartier’s classics to a young generation in a modern way’ 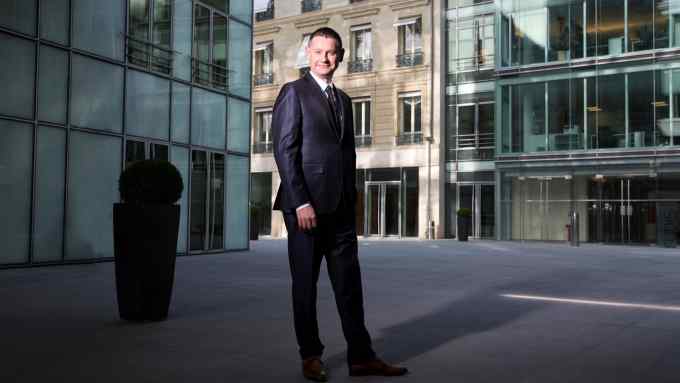