Ministers’ challenge to manufacturers sets basic specifications that are not suitable to task, say experts

The minimum specification for the UK’s homegrown hospital ventilator programme will not produce machines suitable for treating coronavirus patients, the head of the largest organisation for critical care medical professionals has said.

Alison Pittard, the dean of the Faculty of Intensive Care Medicine, the professional body for intensive care practitioners, said the government’s request for ventilators that would — at a minimum — stabilise patients “for a few hours” was not in line with what was requested by medical experts last month.

Dr Pittard, who was among a group of medical experts who advised on minimum specifications for ventilators in early March, said the professionals had asked for devices that would work for the duration of a Covid-19 patient’s stay in intensive care.

“If we had been told that that was the case, that the ventilators were only to treat a patient for a few hours. we’d have said: ‘Don’t bother, you’re wasting your time. That’s of no use whatsoever’,” she said.

Her comments follow criticism of the government’s procurement of ventilators, which assist patients with the respiratory difficulties that occur in severe cases of Covid-19. 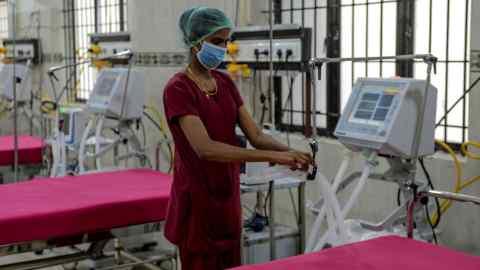 Ministers estimate that a further 8,000 are required on top of the 10,000 already in the NHS, including 1,850 acquired over the past month, but some experts said officials have prioritised the production of simplistic devices over more sophisticated models suitable for long-term acute cases.

The Cabinet Office, which has co-ordinated the procurement programme, said it is working on multiple potential ventilator projects of varying degrees of sophistication, with a handful in advanced stages of design but all still pending regulatory approval.

It said that the specifications had been “drawn up and agreed by expert medical clinicians from the MHRA [Medicines and Healthcare products Regulatory Agency] and the NHS”.

“These specifications are regularly reviewed in light of the developing picture around what is needed to most effectively treat Covid-19, and we will continue to be led by the best available scientific and clinical evidence,” the Cabinet Office added.

Companies such as Dyson, JCB, Rolls-Royce and McLaren have thrown resources at developing new models to be rapidly manufactured in the UK or increasing production of existing or modified designs, following a call by the prime minister a month ago for British industry to rise to the challenge of manufacturing ventilators.

Officials have given provisional or firm commitments to buy thousands of ventilators, including imports from overseas manufacturers, subject to the machines passing regulatory tests.

Among them are two established models already manufactured domestically that will be produced in far greater quantities than usual, with assistance from a consortium of aerospace, automotive and engineering companies. ParaPac plus devices, made by Smiths, are found in ambulances and typically used for transporting patients. A version of anaesthesia machines produced by Penlon, intended for longer-term acute cases, needs regulatory approval because of minor changes, but that is expected soon.

However, a number of the projects have been stood down. Last weekend the Cabinet Office confirmed it was cancelling plans for thousands of basic ventilators proposed by the BlueSky consortium, which include the Renault and Red Bull Formula One teams, because they were not suitable for treating Covid patients.

A separate tranche of several thousand lower-specification ventilators, due to be built by the Oxvent consortium, is now awaiting a decision on the suitability of its design from the regulator, the MHRA.

According to a person with direct knowledge of the matter, experts have raised serious concerns internally over the rush to prioritise models with only the “must-have” features, warning such basic devices will lead to worse patient outcomes.

An official familiar with the procurement process said the government had sought to prioritise the production of 10,000 basic ventilators after being embarrassed on April 1 by the admission that only 30 new ventilators ordered under its procurement initiative had actually reached hospitals. 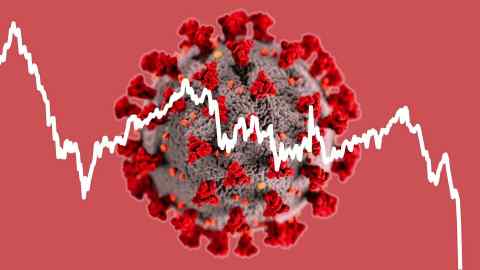 The MHRA specification, which was first issued in March and has undergone several updates, describes ventilators for “short-term stabilisation for a few hours”, a period that could be extended up to a day “in extremis as the bare minimum function”.

The document adds: “Ideally it would also be able to function as a broader-function ventilator which could support a patient through a number of days, when more advanced ventilatory support becomes necessary”.

It also asserts that the specification represents the “minimally acceptable” performance “in the opinion of the anaesthesia and intensive care medicine professionals and medical device regulators”.

One medical devices engineer who asked not to be named suggested changes to the specification might have contributed to delays in getting new ventilators delivered to hospitals.

“Each iteration that I’ve seen has been a lot more robust and closer to where I would have expected to have been — it just took several weeks to get there,” he said.

Africa
Only victory in Africa can end the pandemic everywhere 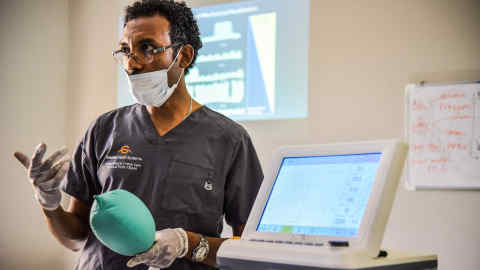 Regulatory approval has also led to delays. While sign-off for new medical devices typically takes two to three years, the MHRA is accelerating the process to match the gravity of the emergency.

But despite laboratory staff working at speed to test the safety and efficacy of a number of newly designed ventilators and modified variants of proven models, none has yet received the green light.

The watchdog has however granted clearance for new continuous positive airway pressure machines, which are “non-invasive” breathing aids with masks, as opposed to ventilators that deliver oxygen through tubes in a patient’s windpipe.