Political paralysis in Europe is good news for investors My last column examined opportunities awaiting investors as uncertainty fell away in the wake of the European Parliamentary election. In the 12 months after previous elections, European stocks have historically risen by an average 14 per cent. But I expect a bigger rise now, as populism-driven fears of radical change melt away, driven by gridlock.

Why? Election results all across Europe foretell growing political paralysis — and this confers benefits on stock markets. Over the years, I’ve documented how America’s four-year presidential cycle helps stocks rise in any incumbent’s third year of office because of increased gridlock, and 2019 is no exception. Now a new surprise gridlock format offers post-Brexit positive surprises.

The centre-left and centre-right have dominated European politics for decades. They either traded leadership periodically, as they did in Britain, or formed grand coalitions among each other, as in Germany. If parliaments were bell curves, they would have been bulging in the centre, with a smattering of support on the fringes.

That has changed. The rise of European populists pushed support from the centre to both edges, “pancaking” it. That’s what happened in last month’s European vote, with the longstanding centrist parties totalling just 44 per cent of seats, their first ever result under 50 per cent, while left and right populists together garnered 25 per cent and 31 per cent of everything else. Any emerging coalition will be fragmented and riven with internal arguments — gridlock.

A similar pattern emerges across Europe at the national level. For years, pundits have warned that the rise of the populists meant radical legislation and roiling markets. But it actually brought inactivity. The emergence of fringe parties complicates coalition building.

Consider Sweden, where the total vote share for populist parties put them in second place in the 2018 election. They aren’t in government. Instead a minority coalition, mashing together centrist and leftist parties, governs as long as the former communist party doesn’t object. Italy’s most-feared populist coalition spends more time fighting internally than against Brussels. Germany maintains a centrist coalition, but local election results suggest it, too, is pancaking. 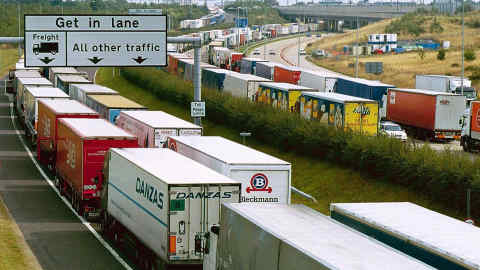 It applies in Britain. Unlike Continental populism, the UK version revolves around one issue: Brexit. This is clear from the Brexit Party’s victory in the European elections. But you also see it in the Liberal Democrats’ comeback. Brexit has heavily hollowed out Labour and the Tories, boosting other parties that are willing to hang their hats on this one issue.

I won’t guess what this means for Brexit or the Tory leadership contest. More important for stocks is: what happens after Brexit? Stocks usually pre-price three to 30 months ahead of an expected event. Brexit, barring more delay, comes early in this window. It has been discussed to death, pre-pricing worries into stocks. Hence British stocks have performed overall in line with global markets since last September.

Politics post-Brexit is where the European “pancaking” effect applies. Were a UK general election to happen tomorrow, Britain’s Parliament would be utterly divided and fragmented. If any coalition could be formed, a government with two, three or more parties would have scant common ground. It would be weaker than the 2010 tie-up between the Conservatives and Liberal Democrats.

Some point to a recent ComRes poll suggesting that a Conservative party led by Boris Johnson might win a 140-seat majority in the House of Commons. Even if the poll turns out to be accurate, and not simply boosted by name recognition, it doesn’t spell an active Parliament. Internal divisions have plagued the Tories for years. Consider the leadership candidates’ recent squabbles over tax policy. Is it realistic to expect a unified push for anything big?

Bickering, do-nothing politicians vex voters. Americans rail at their gridlocked Congress for this very reason. But inactive governments are stock market magic. Thanks to Brexit, Britain has lived in political uncertainty for three years, and you don’t need me to tell you it’s a drag.

You’ve seen non-stop reports of businesses unable to execute long-term investments because they don’t know what the future rules will be in one year, never mind five years. The same thing happens whenever active governments moot big changes, such as Japan’s October sales tax hike. Or looming regulatory overhauls. When governments are too fractured and gridlocked for any of this, businesses enjoy calmer waters.

Don’t be alarmed by all the warnings of political instability and claims that a party system at breaking point is toxic for stocks. This is a British twist on the same populist fears that have proven false on the Continent and for US stocks. The benefits of gridlock will emerge as businesses and investors finally feel empowered to take risks. There is a wall of pent-up demand behind Brexit uncertainty. Don’t miss it.