If you think the same, join us
EU financial regulation

Dispute brews between EU and currency traders on Mifid reform

EU regulators risk pushing currency trading abroad and saddling local market participants with costly new burdens if they press ahead with proposals to regulate cash foreign exchange markets, according to some industry veterans.

Some market participants fear that European regulators could break ranks with peers abroad and impose strict new rules on cash currency trading, which they say would cause costly disruption but achieve little.

Spot foreign exchange markets have never been directly regulated because currencies trade 24 hours a day around the world, with more dollars traded in London than in the US. Unlike equity markets, cash currency trading is privately negotiated among a mix of international participants. Deals are settled instantly and central banks are also active in the market.

However, following the global currency-rigging scandal that led to $12bn in fines, major central banks endorsed a set of voluntary standards that sit within a broader and sanctionable regulatory framework, the Global Code of Conduct, rather than push for more detailed and specific regulation in the field.

Esma could yet decide to extend MAR to cover the previously exempt cash currency market, in a move that would require changes to the Europe-wide regulatory regime, Mifid II. Esma appears reluctant to move forward, but political pressure from some European countries is forcing the watchdog to explore the option, lawyers say.

Without co-ordination with other regulators, Esma’s efforts could trigger an exodus from EU currency trading hubs to the UK, some participants fear. Centres such as Frankfurt, Paris and Amsterdam handle a small portion of daily volumes but these are cities in which many trading firms and banks created new outposts because of Brexit.

“The market would just move but those that are left behind and have to trade in Europe would face enormous costs. It would be a disaster,” says Vikas Srivastava, chief revenue officer at Integral, a technology company.

According to the Bank for International Settlements, 43 per cent of daily flows were traded in the UK, with five large trading hubs — all outside Europe — responsible for 79 per cent of transactions. Germany, France and the Netherlands together accounted for less than 5 per cent of the $6.6tn market.

Esma said in September that it would conduct more analysis of extending MAR to the previously unsupervised global market next year, when an international committee led by central banks finishes its review of the code.

Esma says it “keeps monitoring the progress made in the context of the [code’s] review” and it is ready to provide “additional assistance to the European Commission”.

The Commission will report to the European parliament on the application of MAR and it can propose amendments if policymakers find it appropriate. No date is set for the EU executive body’s report.

Investors and banks want to continue using the voluntary standards and to give more teeth to enforcement of the principles.

The UK’s Financial Conduct Authority and the Australian Securities and Investments Commission have argued that any breach of these principles would ultimately become punishable under broader regulatory regimes, providing enforceable protection for customers who find themselves damaged by wrongdoing in the marketplace.

Both regulators have embraced the Global Code of Conduct more closely than their peers and said they would use the standards to clamp down on misconduct in the market.

Guy Debelle, deputy governor of the Reserve Bank of Australia and chair of the body in charge of the code, says central banks are comfortable with its principles and that co-ordination between national regulators would be difficult. 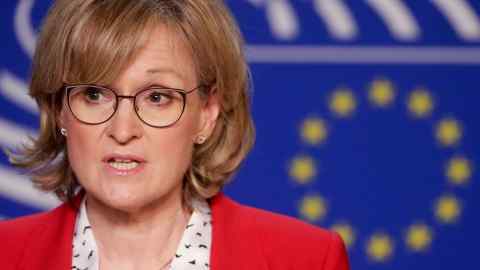 “I doubt that the market wants regulation and because [it] is global, it would be very difficult to arrive at a way of regulating activity that would be consistent across jurisdictions,” Mr Debelle adds.

More national regulators could follow the UK and Australia in officially enforcing the code, he says, which “would offer a global alternative to local regulation”.

Many, like Integral’s Mr Srivastava, also question what Esma is trying to achieve through its review. Banks and investors trading in foreign exchange markets are heavily regulated already and the clampdown in the wake of the trading scandal demonstrated regulators’ ability to act.

“Regulators need to tell the industry what problem they are trying to solve and see if there is an easier way to do this than Mifid II,” Mr Srivastava says.

Central banks are conducting a review of the principles in the code, three years after they were published. The review was to finish in late 2020, but the deadline has been pushed back to mid-next year by coronavirus.

According to some lawyers, Esma had anyway appeared to lack enthusiasm for including currency markets in the regulations. They note that the regulator highlighted the difficulties involved in bringing spot trading under the rule from the start. It also flagged up potentially significant costs for both national regulators and market participants.

“Esma is reluctant [to extend MAR],” says Rob Moulton, a partner at law firm Latham & Watkins, noting that the regulator is aware of the enormous task that faces them if they press ahead. “I think there is a political will to do something because of the issue in the past. But it’s Esma that has to pull this off and in reality it’s not as simple as it sounds.”