Lignite-fired power plants belching clouds of smoke over a mountain valley have long been a symbol of development in the western Balkans. Now they are due to be replaced by clusters of giant wind turbines as the region gradually embraces green energy in its move towards European integration.

Lignite, the sulphur-laden “soft” coal found in abundance from Bosnia to southern Greece, has been relatively easy to extract, if low in calorific value. Mining operations controlled by state-owned companies have provided steady jobs for thousands of citizens.

Serbia, the region’s biggest producer, still generates more than 60 per cent of its electricity output from a mix of lignite and hard coal. Hydropower contributes another 30 per cent.

But lignite’s usefulness as a cheap fuel is shrinking. Given its carbon footprint, it compares unfavourably with renewable energy sources such as wind, biomass and solar, which are establishing a presence with the backing of international institutions.

Serbia’s elderly lignite-fuelled power plants emit high levels of sulphur dioxide and toxic dust. They are due to shut down by 2028, as Serbia moves towards a sustainable low-carbon economy befitting its potential EU membership.

The government in Belgrade does not plan to exclude lignite from the energy mix, however, despite Serbia’s EU aspirations. “Our future is a proactive approach to renewable energy sources,” says Aleksandar Antic, the long-serving energy minister. “But coal provides stability to the system.”

The China Machinery Engineering Corporation, a state-owned group, is building a 350MW lignite power plant at Kostolac by the Danube in central Serbia, the site of a 640MW plant responsible for some of the region’s highest sulphur emissions. The new plant will include a desulphurisation unit.

An opencast mine, to boost lignite output by 25 per cent and feed the Chinese-built plant, is due to be opened nearby. The area has suffered serious flooding in the past, however, prompting safety concerns.

European Union
EU unveils plan to be carbon neutral by 2050 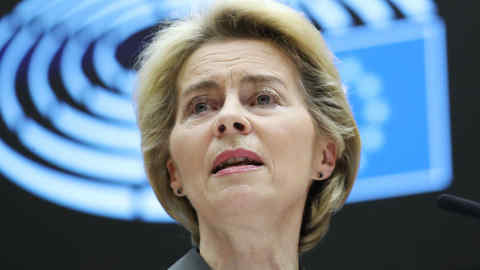 The 350MW plant and the mine are financed by a $608m loan to the Serbian government from China Eximbank. The bank is backing fossil fuel projects as part of China’s Belt and Road Initiative to build infrastructure in more than 80 countries, for which Serbia serves as a regional hub.

“Collectively governments in the Balkans have difficulty recognising that the age of coal has come to an end,” says Dirk Buschle, deputy director of the Vienna-based Energy Community Secretariat, which aims to expand the EU’s integrated energy market and boost the use of renewables.

“Serbia is not the only country in the region that relies on resources once seen as a gift of nature but now becoming toxic,” he notes. Bosnia-Herzegovina and Kosovo are also dependent on lignite-fired power plants. “That mindset is changing and Serbia could become a frontrunner in the transition,” he adds.

A month later, a 158MW plant at Cibuk near Belgrade, financed by the EBRD and the International Finance Corporation, the World Bank’s investment banking arm, began commercial operations. Continental Wind Partners, a US-based pioneer of renewables in eastern Europe, developed the €300m project, which was executed by Vetroelektrane Balkana, a subsidiary of Tesla Wind. Tesla Wind is a joint venture involving investors from Abu Dhabi, Finland and Germany.

Elektroprivreda Srbije, the Serbia state electricity supplier, initially signed agreements with so-called “privileged power producers”, namely companies selected by the government to participate in subsidised wind projects. Now, following a two-year delay, the energy ministry is preparing to replace such agreements with competitive auctions based on a benchmark price for electricity, in line with EU practice.

“Coal remains an emotive issue across the region but the mood is shifting towards a recognition that renewables can be competitive,” says Harry Boyd-Carpenter, an EBRD energy official.

Serbia appears unlikely, say analysts, to fulfil a commitment to generate 27 per cent of its energy from renewables by the end of 2020. But it plans 14 new wind plants by 2028 to replace lignite-fired capacity set for retirement. These would include a 600MW plant at Subotica, in the north, which would be Europe’s largest onshore wind farm.

“Studies by reputable European institutions show Serbia has the potential to develop some 6,000MW of solar capacity that could be profitable, from small installations on factory roofs to large-scale solar parks,” Mr Bulatovic says. Serbia wants to develop natural gas as a back-up for its increasing reliance on renewables over the next decade. Its gas network will be connected this year with Turkish Stream II, a new pipeline carrying Russian natural gas supplied by Gazprom, the Russian state-owned company, across the Black Sea to Turkey and overland to Bulgaria. A 474km pipeline linking Serbia with Bulgaria, an extension of Turkish Stream II, is due to be completed later this year.

Gazprom, which is strengthening its position in Serbia, has an agreement with the government to promote the construction of natural gas power plants in the country and infrastructure for liquefied natural gas storage.

As for Belgrade, “Serbia’s aim is not just to ensure security of supply for itself”, says Bulgaria-based consultant Ilian Vassilev. But “to become a mini-hub in the Balkans for natural gas”. 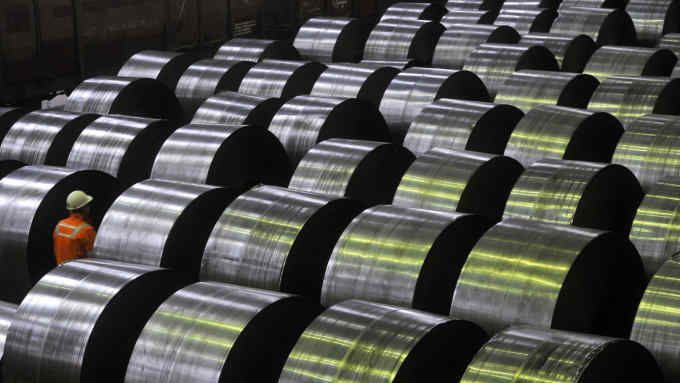