Lenders are emerging in a strong position post-Covid, with smaller but firmer footings in central and eastern Europe

Vienna’s reputation as a financial hub for central and eastern Europe may have been tarnished by the financial crises of the past decade but the city, and its banks, are emerging from the difficulties of the Covid pandemic in a more positive light.

Austrian lenders have strengthened their balance sheets and cut back on where they operate in recent times, to create leaner but more sustainable banking networks across the region.

This shift is partly because banks withdrew from higher risk economies in the region. Raiffeisen Bank International exited Slovenia in 2016, and Erste Group pulled out of Ukraine in 2013. In addition, they adopted more prudent lending standards.

Austrian banks’ central and eastern European subsidiaries are also less reliant on parent groups or international financial markets to fund their growth these days. “The big difference to the pre-crisis period [before 2008] is that recent growth has been financed by domestic deposits from the region, which means it has been more sustainable,” says Lozmann, who is based in Frankfurt.

This more mature regional financing leaves Austrian banks well positioned to pursue growth opportunities at a time when economic activity in central and eastern Europe is rebounding. In 2021, the World Bank anticipates central Europe’s aggregate gross domestic product will expand by 4.6 per cent, while the western Balkans and eastern Europe are projected to grow by 4.4 per cent and 1.9 per cent, respectively.

Given the deep business ties between Vienna and central and eastern Europe, the prospects for Raiffeisen Bank International and Erste Group — which account for the lion’s share of the Austrian banking system’s total assets in the region — look favourable. Both institutions have strong corporate and retail banking exposure across those markets where they have a presence.

Large international banking groups, which don’t have a specific focus on [central and eastern Europe], are leaving the region

Nurturing client relationships that offer long-term opportunities, rather than only short-term gain, is now a priority.

Beyond an expected uptick in economic activity over the next two years, other business trends are also likely to help Vienna’s bankers.

The first is the departure of international banking groups from central and eastern Europe. In February, ING signalled its intention to withdraw from the Czech Republic’s retail banking market by the end of the year. Two months later, Citigroup announced plans to close its consumer banking businesses in Poland and Russia as part of a wider strategy to exit markets where it lacks competitive scale and instead focus on wealth management and institutional business in Asia.

Crédit Agricole, meanwhile, reached an agreement to sell its Serbian banking unit to Raiffeisen Bank International in August for an undisclosed figure, subject to regulatory approval.

“Large international banking groups, which don’t have a specific focus on [central and eastern Europe], are leaving the region,” says Hannes Cizek, head of group strategy at Raiffeisen Bank International. “As a result, a number of small to midsized banking markets are experiencing consolidation and we want to participate in this organically, but also inorganically.”

Tony Barber
My Vienna: a haven of tranquillity and tradition Low levels of non-performing loans across central and eastern Europe — the proportion remained stable at 3.5 per cent at the end of 2020, according to the European Bank for Reconstruction and Development — should help Austrian lenders to reduce risk provisions and free up funds to pursue opportunities when international banks depart.

In the aftershock of the pandemic, meanwhile, central and eastern Europe is one of the leading beneficiaries of the EU’s push to bring production closer to home and secure key value chains. This trend, in particular, could boost lenders with pan-European reach.

“[Central and eastern Europe] is benefiting from the repatriation of certain production and manufacturing processes from abroad, thanks to its competitive labour costs and a changing political landscape in Asia,” says Cizek.

Vienna’s role in the region is buttressed by the city’s attractive quality of life, strong legal system and the ecosystem of professional services firms

Nevertheless, some big challenges remain on the horizon for Vienna’s ambitions as a financial hub, as well as for the banks, themselves.

The rise of competing regional financial centres, including Warsaw and Moscow, is chief among them. Both cities boast strong banking markets and vibrant financial technology clusters that are growing quickly. Russian lenders are also advancing across the region, heaping competitive pressures on central and eastern European banking markets.

The region’s maturing economic profile, including a shrinking working age population, could also weigh on Austrian banks’ central and eastern Europe returns as long-term growth rates begin to slow. These pressures, and others, are likely to increase with time.

Yet Vienna’s role in the region remains buttressed by the city’s attractive quality of life, strong legal system and network of professional services firms that grown up around the financial sector over the past few decades.

“Vienna’s largest banking and insurance groups form a sort of core around which service providers started to develop some 20 years ago,” notes Thomas Url, senior economist at the Austrian Institute of Economic Research. “This provides a network effect for the financial services industry that is necessary to maintain a financial hub.”

This pool of professional talent could help the city develop into a leading centre for financial technology and sustainable finance — for example, by drawing on its position as the point at which capital, people and ideas from Europe’s western and eastern fringes meet. 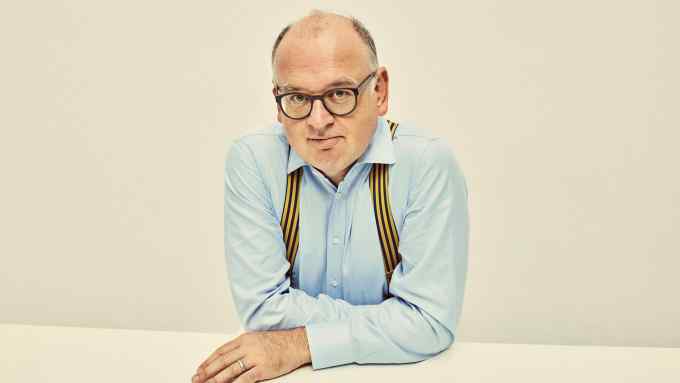