Which White House candidate is leading in the polls? 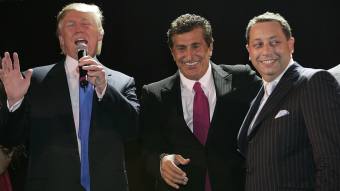