Lithium-ion costs are following the path of solar and falling, only faster

The Ni family, based in Suzhou near Shanghai in China, bought their first electric hybrid car, a BYD Qin, five years ago.

With a 30 per cent discount and free insurance thrown in they were pleased with their purchase. Since then, they have had to buy two replacement batteries. Now, expecting a baby, they want to upgrade to a better model.

“I don’t want accidents or failure while I’m driving my baby around,” says Ms Ni. “I’d rather replace my car.”

Like many Chinese families, the Nis took advantage of the first wave of government subsidies designed to support China’s ambitious sales targets for electric vehicles, which are part of a national low-carbon policy agenda.

Since then a wider range of auto brands, such as Tesla and Nio, have entered the marketplace offering a variety of deluxe vehicles that promise cutting-edge battery performance and improved range.

At present, though, there is little difference in the battery chemistry between them. However, innovation in battery storage could transform the transport sector by accelerating the shift away from combustion engines to EVs and help combat climate change.

The world’s fast-growing EV sector is in strong health, according to the International Energy Agency. By 2025 the global market will be worth $570bn, with China enjoying a market share of 60 per cent or more. Nonetheless, China-based car manufacturers are struggling to fulfil production quotas set by the government.

The take-up of EVs in the rest of the world is still far outweighed by purchases of conventional vehicles. According to Fransua Vytautas Razvadauskas, a senior cities analyst at Euromonitor International, the three main reasons for consumer reluctance are a lack of charging points, extensive charge time and inadequate battery range.

Cost is another factor. EVs are not expected to fall to the prices of standard cars until 2022-2025, according to Bloomberg, although estimates vary.

In China, the government has begun scaling back consumer subsidies as EVs become more commercially viable. The Ni family bought their BYD car which was nominally priced at 220,000 yuan ($32,000) for just 150,000 yuan, but would not be able to afford one today.

Carmakers around the world are responding by investing to improve battery technology to overcome shortcomings in existing lithium-ion designs and to make them more affordable.

While Tesla’s Model S has a range of 335 miles, most EVs have a limited median range of about 125 miles.

“Numerous firms have laid claim to . . . breakthroughs that can apparently stretch electric vehicle ranges past 600, 1,000, or even 5,000 miles, using high-density lithium batteries or technologies which use a combination of hydrogen and battery power,” says Mr Razvadauskas, adding: “But bringing such products to the market will take several years due to testing and further research.”

Meanwhile, fledgling carmakers such as Dyson and Fisker Automotive are embarking on the development of EVs using “solid-state” design — the most talked-about of the new technologies. Unlike current lithium-ion batteries that use liquid electrolytes to move energy around, solid-state batteries use “dry” conductive material. But, for the most part, this technology is stuck in the lab and yet to make it to scaled production. Solid-state producers say they can achieve a range of up to 500 miles.

Tesla is betting on silicon-based batteries to help provide a greater power density and longer cyclic life. But, for now, the consensus is that neither solid-state nor silicon batteries will move markets in the next five years.

“We don’t expect solid-state batteries to make a meaningful contribution to the global EV market until the late 2020s at the earliest,” Logan Goldie-Scot, head of energy storage at analyst group BloombergNEF, wrote in a recent article.

Research from the University of California and TU Munich in Germany predicts the cost of lithium-ion batteries could fall from $10,000 per kWh in the early 1990s to just $100 per kWh by next year. The US Department of Energy calculates that once battery costs fall below $125 per kWh, owning and operating an electric car will be cheaper than a petrol-powered car in most parts of the world.

So is Ms Ni tempted to hold off and put her money into a more upmarket brand model? The answer is no. She wants to be part of the country’s electric transport revolution but believes it should involve “lower prices, so that everybody can afford to”. 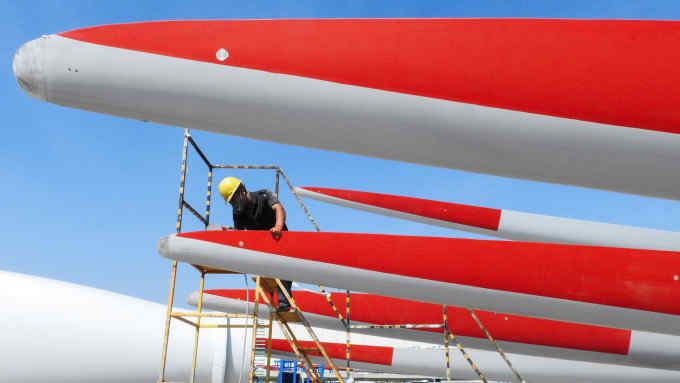