Blue-sky dreaming for Delhi, a city where the sun doesn’t shine

The air is so bad that readings often surpass the official index of the US, writes Victor Mallet
Victor Mallet 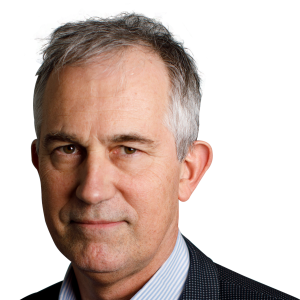 The holiday photos that friends have posted on Facebook are making me jealous. It is not the food, culture or wildlife. What drives us Delhi-ites into fits of envy are the clear blue skies of European, American and African cities.

The view from my office window suggests a nearby forest fire. Trees less than 100m away are obscured by smog and dust. Each day in winter, the automated weather apps on our smartphones describe conditions in the Indian capital as “smoke”. But there is no burning forest.

Too many of the cities where we have lived as a family have been afflicted by air pollution: Bangkok, Hong Kong — even for a time Madrid, where the municipality in 2009 secretly moved its sensors from busy streets to parks and gardens where they would record less dirt in the atmosphere. That would not work in Delhi. One of the world’s largest cities — the population in the metropolitan area is about 25m — is at the heart of a public health disaster that is spread across much of north India in the form of the “Asian brown cloud” of pollutants first publicised in 2002.

For more than two months we have barely seen the sky by day or the stars by night. At 3pm the day before I wrote this the air was so thick that I could stare straight at the sun, which appeared as a copper-coloured disc through the brown smoke of burnt wood, cow dung, coal and diesel — all used as fuel.

At 5pm one of Delhi’s air monitoring stations recorded 985 microgrammes per cubic metre of small particulates — the so-called PM2.5 that is particularly dangerous for people’s lungs (PM 2.5 refers to their size, up to 2.5 microns in diameter). By my reckoning that is a record for this winter, and nearly 30 times the US Environmental Protection Agency air quality standard for PM2.5 over a 24-hour period.

Beijing’s air receives more international attention — perhaps because it recently issued a “red alert” — but Delhi’s air in winter is the worst among the world’s cities. It is so bad, in fact, that you often cannot convert pollution readings into the EPA’s Air Quality Index because they would exceed the AQI maximum of 500. AQI numbers of 300-500 are considered hazardous for people to breathe.

A third of a sample of Delhi residents tested this month by the government were found to have impaired lung function, and for the first time in my life I have found myself wheezing like an asthmatic.

Air quality, not property prices, is the big topic of conversation among expatriates and wealthy Indians. Most of our friends have bought Japanese air filters to clean the indoor air at home. Some people are quitting Delhi. Tarquin Hall, the writer of Indian detective stories, and his partner Anu Anand, a journalist, are leaving for England to protect their young children. Mr Hall describes the family as “middle-class air pollution refugees”. At the American Embassy School, 45 staff have announced plans to leave this year — many of them, the school says, because of air quality.

Like London with coal-smoke in the 1950s, Singapore with the haze from Indonesia’s burning forests in the 1990s, or Hong Kong and Beijing with industrial and vehicle pollution a decade ago, Delhi’s politicians have been slow to realise the dangers of air pollution or find solutions.

They have, however, made a start. We are in the middle of a two-week “odd-even” experiment with road-rationing by the Delhi government. Each private car can be driven only on odd or even days of the month depending on its licence plate. The system seems to have reduced congestion, which is why it was introduced in other cities such as Lagos in Nigeria, but it has had no perceptible effect on air pollution because cars account for such a small share of the particulate pollution.

Eventually, I hope, Delhi’s air will be as clean as that of London, New York or Cape Town. The inhabitants of thìs vast city will cook with gas or solar-generated electricity rather than branches or dried cowpats, and trucks and cars will burn clean fuel or run on batteries. Farmers in the neighbouring states of Haryana and Punjab will no longer burn their stubble.

But it will be too late for many of our friends and colleagues. They will have moved to cities where the skies are blue.