Window into the creative mind

A ‘gem of a collection’, lovingly created over many years, comes up for sale

Most collectors of drawings tend to focus on works of a particular artist or national school, on either Old Masters or modern works on paper, but the New Yorkers Howard and Saretta Barnet looked at everything.

Saretta Barnet died in March of this year, her husband had passed away in 1992, and now the result of their four decades of collecting comes to the market. It is a gem of a collection, striking for its breathtaking range and selectivity. Its earliest example is a delicate pen-and-brown-ink view of Fiesole (c1500) by Fra Bartolommeo, one of the earliest pure landscape drawings in western art. The latest, dated 1989, is a bold charcoal portrait of Balthus by Lucian Freud.

The Line of Beauty: Drawings from the Collection of Howard and Saretta Barnet is coming up for sale at Sotheby’s during Master Drawings week in New York. There are only 27 works, but the preview exhibitions in London (to December 6) and New York (January 26-30) offer a master class, not only on the art of drawing but also on the art of collecting. Most of the greatest draughtsmen of all time are represented, but the point here is not the name but the example. Of different date, geographical origin, medium, style and function, these drawings are united by a consistent and palpable quality.

There is the precise but evocative panorama of the Roman Campagna with a ruined ancient aqueduct by Claude Lorrain, the 17th-century master who came to define a collective vision of Italy for centuries. Condition was evidently important to the Barnets, and this wonderfully fresh sheet reveals the artist’s ingenuity at employing the tones of his paper and different densities and hues of wash to suggest the lights and shadows — and poignant beauty — of a landscape steeped in history ($600,000-$800,000).

Goya’s “No Ilenas tanto la cesta” (“Don’t fill the basket so full”) and Samuel Palmer’s Shoreham period “A Church with a Boat and Sheep” similarly offer everything you might wish for in a work by these artists. The Goya, from the so-called Black Border Album E of around 1816-20, is a deceptively simple image of a toothless old woman hunched over her basket of eggs, a powerful and heartbreaking reflection on the frailty and isolation of old age ($1m-$1.5m). Palmer’s intense, velvety black monochrome drawings are among the most poetic of his visionary landscapes ($250,000- $350,000).

Lightening both the mood and palette are no less thrilling or characteristic studies of actors by Watteau, who brought the French tradition of combining red, black and white chalks to new expressive heights ($500,000- $700,000). The genius of Giambattista Tiepolo is eloquently displayed in the sparkle and effortlessly breezy penmanship and wash of “The Holy Family” (c1754-62, $100,000-$150,000); Guardi’s little Venetian capriccio based on the Palazzo Ducale is another tour de force ($80,000- $120,000).

While most are very resolved images, room was occasionally found for cursory but revealing preparatory studies. The 16th-century master Parmigianino has covered both sides of a sheet with ideas for compositions and poses, fleshing out form in bold cross-hatched lines, and returning to any blank spaces to jot down more thoughts, as well as musical notes and the odd word. Such a sheet offers a window into an artist’s mind ($300,000-$500,000). Saretta Barnet, who continued to buy after her husband’s death, was responsible for this purchase as well as the Fra Bartolommeo ($600,000-$800,000) and the Lucian Freud ($70,000-$90,000).

According to Peter Barnet, his late parents bought carefully and took their time to make decisions. For that reason, they preferred not to buy at auction but from dealers, which meant they could often take things home for a while. As they “didn’t care to take advice”, that group of dealers — European and American — was wide and the Barnets’ taste entirely their own. They followed their instincts but also did their research.

Those instincts had also led them to collect contemporary, pre-Columbian and tribal art, although contemporary paintings gave way to drawings and classical antiquities in the 1970s when the walls of their Long Island house were all but full. Their Ad Reinhardt, Kenneth Noland and Agnes Martin were sold in November; their no less eclectic collection of sculpture will be offered in May. 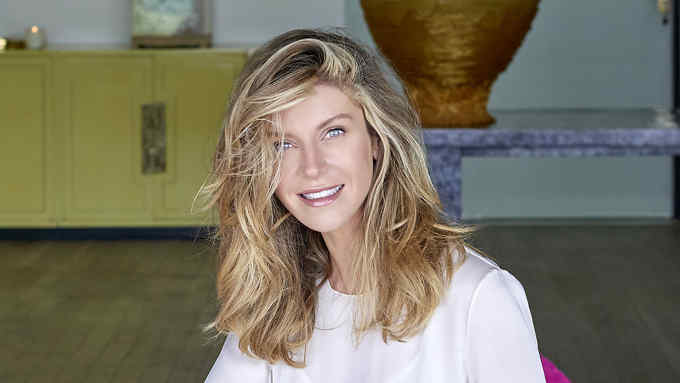