Why contemporary art is having a fit of nostalgia

Jump to comments sectionPrint this page
Next Act updates

Sign up to myFT Daily Digest to be the first to know about Next Act news.

Something odd is happening in the contemporary art world. It is experiencing a collective wave of nostalgia. Out of interest, respect, even reverence for its own recent past. Where once each generation of artists wanted to kick aside the aesthetic certainties of the previous one, and experimentation and iconoclasm were supreme virtues, now a growing movement among gallerists and curators, alongside the artists themselves, is turning its gaze back half a century or so, to what now seem like quieter, purer, cleaner times.

The evidence for this is all around. At Frieze New York this year, a themed section is devoted to the legend of the NYC-based dealer simply known as Hudson, the artists he discovered and sponsored, and his reputation as a generous enabler of creativity over three decades from the mid-1980s. A few years ago at the same fair, the spotlight was on multimedia artist Gordon Matta-Clark, whose freewheeling lifestyle, “building cuts” and theories of Anarchitecture, as well as his artists’ restaurant Food, defined the early ’70s downtown scene.

At other art fairs, new sections are now regularly devoted to quasi-forgotten names of past decades. Among the still-living, artists such as Carmen Herrera, a centenarian who continues to practise the sharp-edged 1950s abstraction of her youth, are springing out of long obscurity to late acclaim. Performance artist Joan Jonas stars at the age of 82 at Tate Modern, an institution that in 2012 opened its brand new Tanks space not with a new work but with a performance piece by Anne Teresa de Keersmaeker from 1982. And next month, a collaboration between London’s Thomas Dane gallery and Mexico City’s Kurimanzutto gallery will recreate Signals London, the legendary gallery for international experimental art that flourished for a bare two years from 1964 until 1966.

This circling-back across a 50-year span seems to mirror the pop music world — another arena where a supposedly forward-looking and iconoclastic spirit often gives way to a sentimental mythologising of its own not-so-distant youth.

In the art world, the reasons for sudden renewed interest in the past are sometimes not far to seek. New York, that most self-conscious of cities, has an intense nostalgia for its pre-gentrified self and the bohemian freedoms of Matta-Clark’s era — even if his career was sadly short-lived. In the case of Herrera and similar “rediscovered” artists, perhaps it is simply that the wheel of taste turns to coincide, briefly, with their enduring stylistic preoccupations. And the cynical would argue, not without reason, that a rapidly expanding and hungry art market simply needs a perpetual supply of new blood — even if that new blood turns out to be old blood.

But François Chantala, partner at Thomas Dane gallery, explains it differently. Talking about the Signals project, it’s clear that he and Dane are interested not just in the fabric of the former gallery, its artists and their work, but in its ethos. More than just a gallery, it was a group of artists and thinkers “dedicated to the adventures of the modern spirit”, to an internationalism that was rare for the time, and to links with literature, science and technology; it was a publisher and an inspirational meeting-place. In what Chantala describes as the “ultra-monetised” art world of today, with its relentless treadmill of price rises and commodification of art, Signals’ spirit of collaboration and its nurturing cross-disciplinary approach seem like a beacon of better times.

“Many of us,” Chantala continues, “are thinking the same way.” By which he means that many middle-sized galleries — any, perhaps, but the handful of international giants — know that their survival depends on adapting their model in business terms, probably towards co-operation and collaboration, at the same time as feeling that their ethical health could benefit from a return to simpler and more straightforward ways.

If this yearning for greater simplicity is growing, it’s a feeling that most art lovers will respond to, amid the grossed-out commercialism of such extravaganzas as Damien Hirst’s show in Venice last year, and the ever-upward spiralling of the auction market. But is the nostalgic urge ever a realistic one? Times do change, and our needs change with them. Hudson, interviewed in 2004, gave almost eerily prescient answers but he did have objections to the accessibility and democratisation of museums that would not go down well now. Signals, for all its brilliant exhibitions, barely lasted; another radical London gallery of the time, Indica (which in 1966 gave Yoko Ono her first solo show outside New York or Japan), barely struggled through the same amount of time. Arguably, a little more realpolitik might have served their artists better.

The point of all history, in this case art history, is to absorb lessons from the past. So that we can adapt them to the future. Exciting and genuinely new models are evolving: a brilliantly conceived public-private partnership, Artist Rooms, tours small shows of top-quality artists to far-flung locations across the UK; while in the commercial sphere Condo is a cleverly devised international space-swapping initiative that aims to ensure the prosperity of smaller galleries. There must be more: we only have to think of them.

‘Signals: If You Like I Shall Grow’, Kurimanzutto at Thomas Dane Gallery, London, June 8-July 21, thomasdane.com, kurimanzutto.com 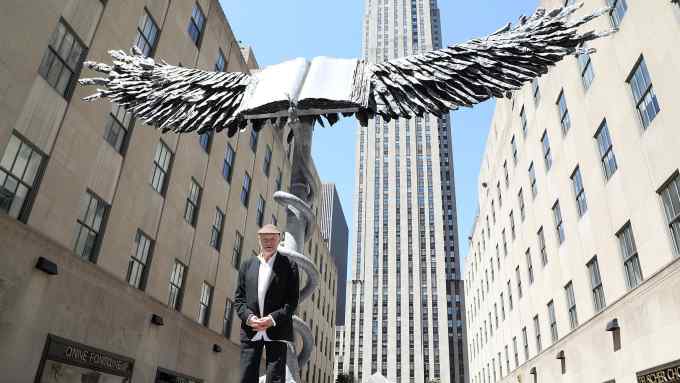 Frieze arrives on Randall’s Island on May 2, kick-starting a week of exhibition openings, fairs and events. Here’s our guide to what to see — plus the latest art market news and sales reports