The Bank of England will start unwinding the emergency gilt-buying programme it embarked on in the wake of the Truss government’s ill-fated “mini” Budget by the end of this month, in line with its earlier insistence that its intervention was a strictly temporary measure.

The central bank bought UK government bonds worth £19.3bn between September 28 and October 14, as it battled to prevent “fire sales” by pension funds during the market turmoil sparked by the then-government’s announcement of unfunded tax cuts. That included £12.1bn of long-dated conventional gilts and £7.2bn of index-linked gilts.

The BoE made clear at the time its move was a temporary measure to restore orderly market conditions, because any prolonged bond-buying would clash with the actions monetary policymakers were taking to curb inflation by raising interest rates and unwinding earlier asset purchase programmes.

It said on Thursday market conditions made it appropriate to begin unwinding the emergency gilt purchases before the end of the year, and that it would “make gilts in the portfolio available to interested buyers” from November 29. 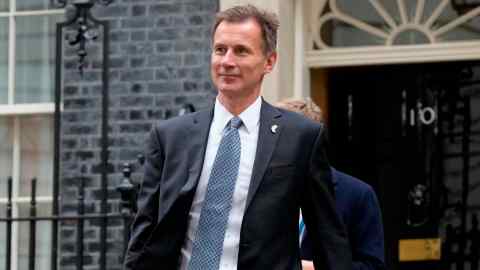 The BoE has not set any target for the pace of sales, saying instead they would be “designed in a demand-led way that is responsive to market conditions”. That means they are unlikely to affect market pricing.

The BoE said that as a general principle, it would accept only bids that were “deemed attractive relative to prevailing market levels”, meaning it might sell larger volumes when demand was strong and few or no bonds if demand was insufficient.

The BoE said the Monetary Policy Committee had been informed of the plans and judged they would not affect its ability to conduct monetary policy — including its earlier decision to start reducing the bond holdings of almost £850bn that had been amassed under its quantitative easing programmes.