The art behind Cuban propaganda

On show at London’s House of Illustration, a vast collection of Cuban cold war graphics tells a vivid story

The leafy suburbs of north Oxford may be a far cry from the revolutionary fervour of Fidel Castro’s communist Cuba, but this is where former children’s games manufacturer Mike Stanfield has built one of the world’s largest collections of Cuban propaganda posters.

When I visit his home on a cloudless morning in August, 115 posters are being wrapped before going to the framers ahead of an exhibition opening later this month at the House of Illustration in London. The show focuses on the “golden age” of Cuban poster design, from 1965 to 1992, and will also include 70 magazines.

Produced by Castro’s Organisation of Solidarity of the People of Asia, Africa and Latin America (OSPAAAL), the posters were designed to galvanise and unite liberation struggles around the world — from civil rights and anti-apartheid movements to protests against the Vietnam war and Portuguese rule in Angola.

OSPAAAL was established in Havana in 1966 after the first Tricontinental Conference — which saw delegates from 82 countries convene at the newly nationalised Habana Libre hotel — but closed its doors this summer. It is estimated the organisation produced around 350 different poster designs over the past 53 years, distributing them inside Tricontinental magazine, which at its peak had a circulation of 50,000. Stanfield believes he has acquired all but two editions of the magazine.

Over coffee in his kitchen, Stanfield recounts how he came across his first poster in Cuba in 1996, having travelled there with the environmental scientist Ian Boyd in search of the rare Caribbean monk seal (Boyd is a trustee of Stanfield’s charity, the Hebridean Trust, which supports island communities). During one trip to Havana, Stanfield stumbled upon a government-run bookshop in the city’s oldest square, Plaza de Armas. Hanging inside was a poster celebrating the 30th anniversary of the failed US-led invasion of the Bay of Pigs in 1961. The arresting design, by Eladio Rivadulla Jr, features the outline of a famous photograph of Castro jumping off a tank superimposed on to a red-and-white striped background populated with cartoon figures, clearly influenced by the Pop artist Keith Haring.

“I didn’t know it was Castro at the time. I just thought, that’s a really nice poster,” Stanfield says. He promptly bought it for $30 (today, mint condition posters can fetch up to $4,000).

Since then, Stanfield has amassed around 800 posters, many in duplicate. He has sources around half of them from outside Cuba — from doctors, architects and enthusiasts in the US, Canada, Holland, Switzerland and Norway, among other countries. The rest Stanfield acquired during his frequent trips to Cuba. I ask if he ever met Castro himself. “Sorry to disappoint, but no, never,” he replies. “I don’t think he was readily available for the man in the street. I remember a British ambassador telling me he used to keep him waiting for hours.”

As relations between the US and Cuba cool once more, many of these posters appear uncannily pertinent. “There’s a lot of anti-imperialistic material that is very critical about the US,” says Olivia Ahmad, the curator of the House of Illustration exhibition. “Current tensions are rooted in the Cold War, so it’s interesting to ask why it’s still relevant.”

Cuban pop art had a keen sense of humour. One illustration by OSPAAAL’s long-serving art director, Alfredo Rostgaard, depicts former US president Richard Nixon as a psychedelic vampire. An entire section of the exhibition is dedicated to images that take aim at popular US icons and symbols: a fist punching through the CIA crest, or a partied-out woman dressed up as the Statue of Liberty, cigarette drooping from her mouth and detritus at her feet.

As relations between the US and Cuba cool once more, many posters appear uncannily pertinent

Nonetheless, Stanfield, who describes himself as “middle of the road” politically speaking, says politics were not a major factor in building his collection. “I see them as works of art,” he says.

The graphics speak for themselves. Most if not all of the designers who joined OSPAAAL after the 1959 revolution had previously worked for US advertising firms in Cuba. Some, including René Portocarrero and Raúl Martínez González, were artists with well-established careers.

At its peak, the organisation employed around 20 illustrators, mostly men. “Women would be drafted in on a freelance basis when demand was high”, Ahmad says, but generally for more manual work. There were, however, a handful of very successful female designers: Daisy Garcia, Helena Serrano and Gladys Acosta Avila among them.

Alongside Che Guevara, other revolutionary figures from history appear. Acosta Avila’s formidable silkscreen of Hatuey, a Taíno chief and early freedom fighter, stands out. And a strong affinity with the Black Panther Party in the US led to several unofficial collaborations between the groups. Black Panther leader Stokely Carmichael described Tricontinental magazine as “a bible in revolutionary circles”. After the assassination of Martin Luther King in 1968, Rostgaard created his recognisable image of a roaring panther with red eyes. The Black Panther Party later re-used the illustration for its campaign to free its co-founder Huey Newton from prison. Several works by Emory Douglas, the Black Panther’s official artist, were appropriated by Cuban designers.

Stanfield says recipient countries would have shared some of the distribution costs, but it was nonetheless an incredible investment of resources at a time when materials were scarce. The Soviet Union donated offset printing presses at some point in the late 1960s or early 1970s, although the USSR, far more orthodox in its communism than Cuba, was never the subject of any OSPAAAL posters.

Having only exhibited a snapshot of his collection once before, in Oxford in 2010, Stanfield’s London exhibition will be a revelation to many. Few museums in the UK own OSPAAAL works — the V&A has around 150 posters, while the British Museum owns several copies of Tricontinental magazine.

Given OSPAAAL’s recent demise, the question of legacy crops up. Stanfield believes the organisation had “reached its zenith” and was “right to close”, but it seems responsibility has now fallen to him to preserve this unique visual record. Stanfield is adamant he would never sell his posters, but warms to the idea of donating some of his duplicates to the V&A. It would, we agree, be a suitable bookend to OSPAAAL’s final chapter. 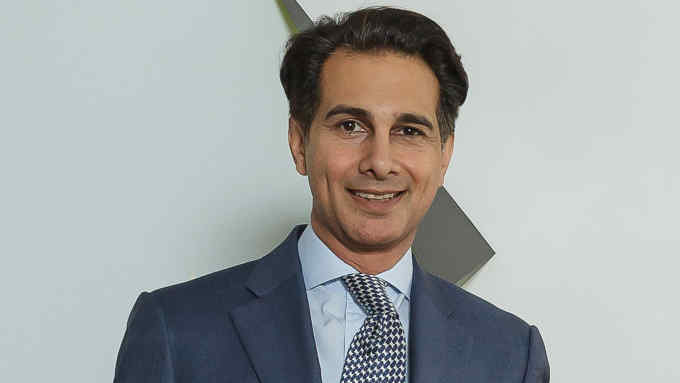