Challenges for the energy retail market — and opportunities

Alpha Energy is a research project established by the Spanish telecoms group Telefónica in 2016 to investigate how the electricity distribution model needs to change if it is to better serve existing customers and address the needs of nearly 1bn people worldwide with no access to electricity.

In previous roles in the North American renewables market, Ms Neufeld saw profound changes in the generation and supply of electricity as new renewable sources came online and cheaper battery storage options emerged. But distribution networks, based on a 100-year-old model of large, centralised power plants, high-voltage transmission lines and a one-way flow of electricity to homes and businesses, have thus far hardly changed, she says.

There’s also a knock-on effect to consider for utilities providers in some parts of the world, says Simon Virley, UK head of energy at the management consultancy KPMG. He says: “If homes and businesses are increasingly less reliant on utilities due to self-generation of energy, utilities are left with a diminishing number of customers to pay the costs associated with building and maintaining transmission lines. That’s the big question: who’s going to pay?”

The risk here, he adds, is of an inequitable distribution of these grid costs among remaining customers, potentially leading to further defections.

Most recently, the growing popularity of electric vehicles (EVs) has added another potentially profitable but also destabilising factor to the economics of grid operators.

EV owners will increasingly expect to be able to charge their cars at times that are convenient to them. This clearly has potential to place significant pressures on the grid as demand peaks at certain times of the day.

For power providers, this could be a big opportunity, according to a recent report from analysts at the strategy firm Bain & Company. “After years of stagnant electricity load growth, the need to charge millions of EVs will cause electricity loads to grow again and create opportunities for new services,” they write. But it comes with a risk of grid instability, they add, if too many EVs charge at the same time, “and especially if that coincides with peak demand times, like weekday evenings”.

One way to address some of these pressures may be through mechanisms that offer customers time-variant tariffs that incentivise them through lower charges to reduce their use of electricity at times of scarcity.

The UK supplier Octopus Energy, for example, launched a tariff in February that tracks wholesale electricity prices and allows customers to take advantage if there is an excess of supply and the electricity price “goes negative”; this can happen in the UK on sunny or windy days, when renewable sources flood the grid with power. When this occurs, customers on the tariff deal are alerted by text, email or mobile app, so that they can put their laundry in the washing machine or plug in their car.

Greg Jackson, chief executive of Octopus, says that this offer appeals to increasing numbers of modern energy customers. The main prerequisite is for them to have a smart meter and be prepared to foot the bill for higher energy prices in times of peak demand. “There are plenty of people out there who are perfectly happy to shift their electricity use out of the 4pm to 7pm peak period to benefit from better prices,” he says, “as long as they feel they’re in control and have true price transparency.” 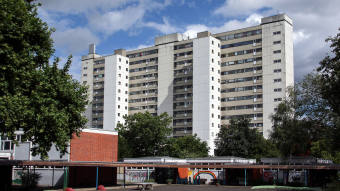