Get the newsletter now
Coronavirus: free to read
See all 101 stories
Coronavirus pandemic

The ability of local leaders to manage new coronavirus outbreaks in the UK is being hampered by gaps in the reporting of infection data for cities and regions, according to analysis by the Financial Times.

The government publishes a UK-wide figure for Covid-19 cases every day that includes tests from hospitals and those processed by commercial laboratories, including samples taken at home. But at a subnational level the total of new daily cases contains only hospital tests.

The result is that hundreds of local authorities across the country are unable to see a timely picture of what is happening in their communities or compare that with other cities and regions of the UK.

This gap in the subnational and regional data has been cited by local political leaders and health officials in Leicester as one reason for a delay in locking down the east Midlands city, where virus cases have spiked.

According to published data for Leicester, the city recorded just 80 new positive tests between June 13-26. But health secretary Matt Hancock revealed that there were in fact 944 as he announced the decision to tighten the lockdown in Leicester, closing non-essential shops and ordering schools to shut to all non-key worker pupils by Thursday.

While PHE releases full data for England’s nine main regions with a two-week delay, the areas are too big to give local authorities a useful picture of the situation in their communities.

Data flows more quickly in Wales, where the government publishes both testing data from hospitals and commercial labs on a daily basis.

Leicester city council’s public health department only received the elevated infection numbers cited by Mr Hancock last Thursday. They could not compare with places elsewhere because the so-called pillar 2 figures are only made available to officials in their own local authority area if they have signed the Data Protection Act.

“I would wish that they had shared that [data] with us right from the start,” said Sir Peter, Leicester’s mayor. “And I wish they had taken a more speedy decision rather than leaving it 11 days. That's a long gap and a long time for the virus to spread.”

A Public Health England official, who declined to be named, said non-publication was a ministerial decision. “The Department for Health and Social Care need to make the decision to publish — and they should — but we can’t push them because we are their arms-length body.”

The issues go beyond availability of the data: its quality and the speed with which it is disseminated, too, leave much to be desired, say public health leaders.

Kate Ardern, who leads health protection and emergency planning for Greater Manchester, said the information being sent to local authorities from tests processed by commercial laboratories lacked the granularity or timeliness needed to pre-empt an outbreak.

For the past two months she and colleagues had been making their concerns known to officials and ministers, she said.

“If I don't know who is being tested, and getting positive tests, in the community because one of the major elements of the testing system isn't currently sending me complete and reliable intelligence . . . it actually hampers our ability to get ahead of the curve on outbreak management,” said Prof Ardern.

The government stresses that more information has been given to local public health officials this month.

Since June 11, NHS Digital had made available an operational data dashboard with counts of total tests, total positives and total voids per local authority to Directors of Public Health.

The DHSC said: “We have been working closely with our local partners, providing them with the resources and tools so that they can take swift action to deal with any new local spikes in infections.” 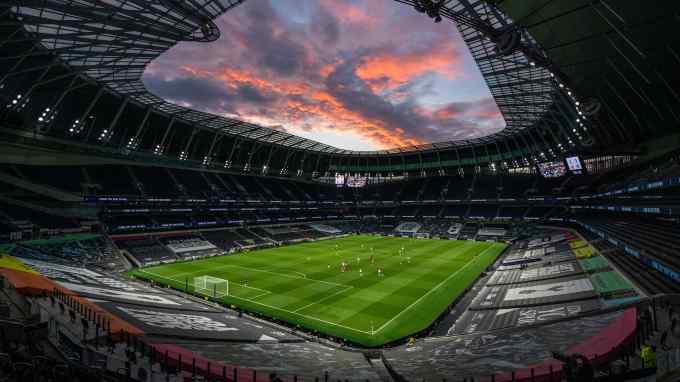