We use cookies (opens in new window) for a number of reasons, such as keeping FT Sites reliable and secure, personalising content and ads, providing social media features and to analyse how our Sites are used.
Manage cookies
Accept & continue
Special Report Aircraft manufacturing

At the perimeter of Toulouse-Blagnac airport are rows of airliners, their wheels covered and doors taped over. An empty space beneath their wings betrays the supply chain hitch that caused this stockpile of aircraft, valued at more than $2bn. For some, the Airbus A320neo (new engine option) became a no-engine option.

As the inflow of geared turbofans accelerates in coming weeks, these aircraft will soon be on their way to airlines around the world. But the scene demonstrates the kind of delays in assembly that have long afflicted aircraft programmes and still do.

Patrick Daher of French aerospace industry association Gifas says aerospace is at last in the throes of a fundamental transformation in the way it operates. “In the old supply chain, not just in France but everywhere, we worked like artisans,” he says. “Now we have to become a manufacturing industry, with automation, robotics and standardisation.”

Asian economic growth, the development of new Gulf airlines and the expansion of low-cost travel have boosted demand for airliners. That has encouraged new entrants to challenge the longstanding dominance enjoyed by Boeing of the US and Airbus, its European rival, over large passenger aircraft. Bombardier of Canada, Embraer of Brazil, Irkut in Russia and Comac of China are all now competing to sell single-aisle jets.

Many of these manufacturers rely upon common suppliers, which are thus racing to increase volumes to satisfy competing customers.

Some are shifting capacity from production lines serving weaker sectors, notably business jets and helicopters, towards manufacturing parts for airliners. To do so, they must install new equipment and continue to hire and train workers.

In 2015, aerospace companies in France, which with the US and UK has one of the biggest aerospace clusters, hired 11,000 additional workers. This year they will take on 10,000 more.

In recent decades the industry has pioneered new technologies on warplanes and transferred them to civil jets. Yet each programme has had delays caused by complex supply chains. Wiring problems delayed the Airbus A380 superjumbo, outsourcing snared Boeing’s 787 long-haul aircraft, and software bedevilled the Airbus A400M military transporter. 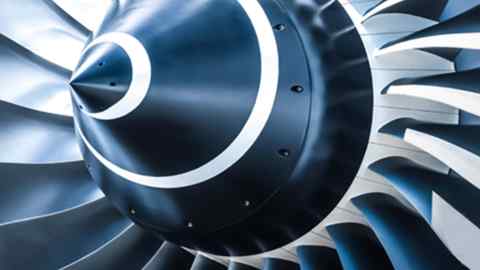 Aircraft makers have worked hard to avoid further problems in meeting delivery schedules, so delays to the A320neo are doubly frustrating for Airbus and its clients.

Pratt & Whitney spent two decades and more than $1bn developing its innovative geared turbofans, one of two engine types available on the A320neo. Scheduled to enter service last autumn, commercial use was delayed until January. Software glitches gave false warnings and the engine was slow to start. Only now are enough fault-free engines arriving in Toulouse. Greg Gernhardt, president of commercial engine programmes at P&W, says his company is working closely with Airbus to ensure timely deliveries for the rest of the year. But, he says, the problems overshadow success in developing an engine that matches or exceeds performance goals.

“I’ve been at Pratt 26 years, and I can’t remember the last time anybody’s done a programme where we have actually hit the performance guarantees at entry into service.”

Brexit
Keep calm and fly on despite EU vote 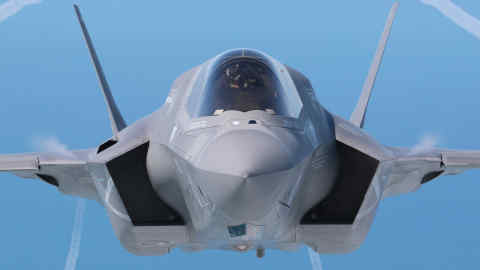 Deliveries of Airbus’s new wide-body A350 have been delayed by late arrival of lavatories and business class seats from Zodiac Aerospace factories in the US. In the first half of this year, Airbus completed only nine A350s, yet hopes it can still reach its 50-aircraft full-year target in the remainder of the 2016.

Zodiac’s problems have stemmed from poor operational control and difficulty in producing complex composite components to the required quality, as well as delays in safety certifications. Zodiac has begun making seats at a second plant outside Montreal, Canada, and found two external suppliers of the composite seat shells. According to the company: “We are working hard on both ramp-up and quality issues.” 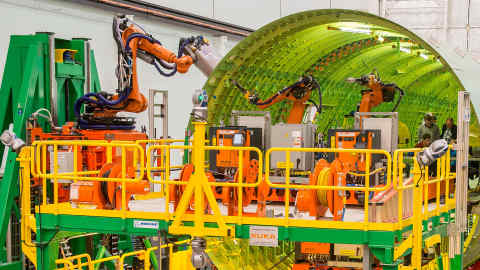 Yet as Boeing forges ahead with production of its upgraded single-aisle 737 Max and development of the enlarged 777X wide-body, its executives are focused on avoiding similar hiccups.

Boeing Commercial Airplanes buys $40bn of components and services a year from 1,500 suppliers, whose inputs account for 65 per cent of an aircraft’s cost.

“It’s vital to collaborate closely with suppliers on a continual basis,” says the company, “and for Boeing to be proactive in assessing and addressing any concerns.”

Increased volumes of orders and price pressures are beginning to deliver an overdue modernisation of supply chain in the sector, says Mr Daher of Gifas. An industry-wide programme aimed at improving dealings between manufacturers and main suppliers has delivered big improvements, he says, adding: “In the automotive industry they achieve 100 per cent [on time and quality]. We are moving forward fast to get close to this level. Nothing else is acceptable.”

Get alerts on Aircraft manufacturing when a new story is published