Environmentally conscious art and high-end editions; François Morellet on show in the US; auction records set in Hong Kong

As art lovers and market professionals prepare to bust the winter blues with a few rays of sun between fair visits on Miami Beach this week, the Leonardo DiCaprio Foundation reminds us of the perils of climate change, to which the resort is no stranger. Unveiled this weekend at the city’s Pérez Art Museum are a specially commissioned neon by Andrea Bowers (“Climate change is real”) and a painting by Tomás Sánchez, on view until January 1, while the museum’s bookshop is selling editioned works, also commissioned by the foundation, by some of today’s best-known artists. These include a canvas bag collaboration between Alex Israel and author Bret Easton Ellis — with Ellis’s text “the heatwave seemed mild at first but it was actually the beginning of the apocalypse” (from $85); wristbands by Lawrence Weiner (sustainable, of course; $5 each) and a new photographic print by environment-conscious duo Ackroyd & Harvey that names four of the major hurricanes that have hammered the Atlantic this year (“Harvey Irma Jose Maria”, edition of 20, $2,800 each). An edition of Bowers’ work will also be on view in the collectors’ lounge at Design Miami, which opens to VIPs on December 5 (from $16,000 each, edition of 10).

At the same time, DiCaprio’s art adviser Lisa Schiff and collector Jeanne Masel are launching a new company, called One All Every, to produce and sell artists’ editions, with the bulk of its proceeds to benefit the foundation.

High-end artist editions are increasingly prevalent on the market as artists diversify to meet demand for affordable, but meaningful, pieces. In October, Berlin dealer Johann König opened a space in London to sell them. “There are vastly more people out there willing and able to spend money than those that collect art,” Schiff says.

Lévy Gorvy has started representing the estate of François Morellet, who died last year. The gallery is bringing works by the French artist to Art Basel Miami Beach.

Partly inspired by minimal, disruptive composer John Cage, who was a contemporary, Morellet developed a refined style of geometric abstraction in visual art, generating often vibrantly coloured patterns through simple mathematics. “He was clever without being pretentious,” says Dominique Lévy, co-founder of the gallery, describing his work as “radical, relevant and joyful”.

She says Morellet’s US market has been “almost non-existent” to date — the artist also deliberately kept himself separate from its machinations — but adds that the current Dia Art Foundation shows in New York City and Beacon are attracting new interest (until June 2, 2018).

Lévy Gorvy will represent him in the US, with a New York show in the pipeline for 2019, working alongside Kamel Mennour gallery in Europe.

The Turkish artist Fahrelnissa Zeid, who died in 1991, is having something of a revival, not least on the back of a solo show at Tate Modern that ran earlier this year. At Sotheby’s in April, ahead of that exhibition, one of her trademark, huge kaleidoscopic paintings from 1953 sold for £992,750 with fees, comfortably ahead of its £550,000-£650,000 estimate.

Contemporary curator Vincent Honoré has been keeping busy since the closure of David Roberts Art Foundation’s London exhibition space, where he was chief curator, in October. Shortly afterwards he was appointed senior curator at London’s Hayward Gallery, which reopens after a two-year refurbishment in January, and now he has taken on the role of guest curator at the Independent Brussels art fair (April 19-22, 2018). A focus on performance art, which is one of Honoré’s specialities, can be expected.

Fairs are increasingly taking expertise from the wider art world, which can add critical kudos to their commercial operations. It’s Honoré’s first time working for an art fair, however — he says he was attracted by Independent’s distinctly creative spirit — and hints at something different: “Collectors are a bit tired of art fairs, perhaps it’s time to look at an alternative model.”

Auction records keep tumbling. Last week, Christie’s sold Zao Wou-Ki’s “29.01.64” (1964) for HK$178m (HK$202.6m with fees; $26.1m), the highest price for an oil painting by an Asian artist. At Phillips records were also made in Asia for European artists, including George Condo, Henry Moore and Wolfgang Tillmans.

Both sales, which were held in Hong Kong, defy a recent trend of big-ticket Modern and contemporary Asian buying happening predominantly outside of the continent.

To mark its 25th anniversary next year, Dag Modern gallery, headquartered in New Delhi, plans to make its mark with a show of around 1,000, mostly 20th-century Indian works from its collection. They will be presented across 18 exhibitions under one structure in the grounds of the city’s Indira Gandhi National Centre for the Arts. Slated for February, the month-long show will overlap with the India Art Fair (February 9-12).

Both events will focus attention on India’s art market, which is still small in the scheme of things — accounting for about half a per cent of global auction sales in 2016, according to the Tefaf Art Market Report.

It is, however, recovering from its marked boom and bust of 2008 to 2009, partly benefiting from a generally buoyant Asian market. Last year’s auction sales were up 110 per cent, with higher growth also reported by dealers. 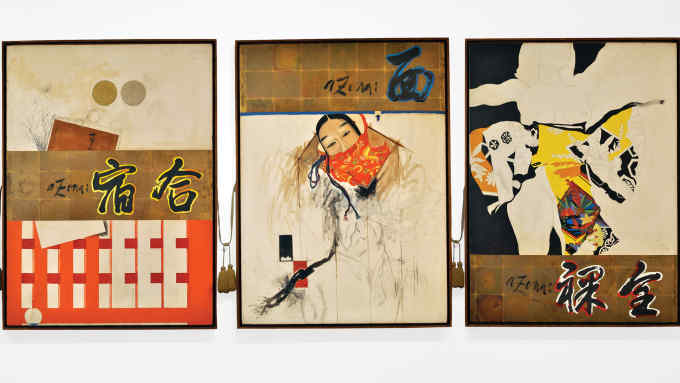