Hotter world threatens the breadbasket of the US

Climate change predicted to hold back growth in crop yields

The past summer was fecund for US farms. Yields per acre of corn, soyabeans and spring wheat are all forecast to break records.

The future is less certain, however, with crop yields projected to come under pressure as global warming accelerates. Understanding when, where and how is critical to feeding the world in the decades to come.

US field crop agriculture is the most productive on earth. Tens of millions of tonnes of exports make it important to the rest of the world. Farm sales of corn, soyabeans and wheat totalled almost $100bn last year, according to the US Department of Agriculture (USDA).

Climate change is set to alter growing conditions for these crops. Effects will vary by region and crop variety, but net productivity will fall, the USDA says.

The summer of 2018 was the fourth warmest on record in the US, according to the National Centers for Environmental Information. Average temperatures in the contiguous US (excluding Alaska and offshore territories) are set to rise by about 1.2C over the next few decades, the government projects. Much bigger increases — as high as 6.1C — are projected late in the century.

Hotter air can have direct and indirect effects on field crops. Corn is especially vulnerable to heat when it pollinates, usually around July. In 2012, when drought and extreme heat baked the US Midwest, the national corn yield fell by 16 per cent, according to the USDA, and sent corn prices to record highs.

Harder rains also accompany climate change in much of the US. Analysts note that this does not necessarily mean more water for crops as downpours run off fields rather than soak in. This also increases soil erosion, which hits yields.

Weeds, pests and disease that might not be prevalent in certain latitudes may thrive as the climate becomes hotter and wetter.

A study by scientists at the National Laboratory for Agriculture and the Environment (NLAE) in Iowa found that Palmer amaranth, an aggressive weed that has evolved herbicide-resistant strains, is likely to spread further north.

“In the US, projected changes in the timing and intensity of rainfall events, coupled with rising temperature, could give Palmer amaranth an even greater competitive edge over warm-season crops,” the study found.

Research suggests that yields will continue to rise to mid-century, but not as much as they would without man-made global warming, says Keith Wiebe, senior research fellow at the International Food Policy Research Institute in Washington DC. Ifpri model projections suggest that from a year 2010 baseline of 436m tonnes, North American cereals production will rise to 511m in 2050 in a world with relatively rapid climate change along with middle-of-the-road changes in population and income. Without climate change, production would be 711m tonnes.

Different crops face different effects. A 2017 study in the Proceedings of the National Academy of Sciences found that for each 1C temperature rise, yields of corn in the US would be reduced by more than 10 per cent, wheat by 5.5 per cent and soyabeans by 6.8 per cent. “Farmers have increased yields through adapting new technologies during the last half-century, but yield has been also lost through increases in temperatures already,” the study said. It did not include the effects of “carbon fertilisation”. So-called C3 plants — which include wheat and soyabeans — can better convert sunlight into food as the air contains more carbon dioxide. Corn, known as a C4 plant, does not enjoy the same improvement.

Farmers are already adapting to compensate for changing conditions. They have installed drainage tiles to remove excess water from fields and are planting old crops in new places. Bob Reiter, head of research and development at Bayer Crop Science, says the company has developed soyabean seeds able to flourish in the shorter growing seasons of northern latitudes. The company has bred strains of US corn with genetics from the harsher climates of Mexico.

As climate change accelerates, the speed of adaptation will be put to the test. The latest National Climate Assessment, issued in November, warned that “without major technological advances”, projected changes in precipitation and extreme temperatures will reduce US Midwest agricultural productivity to levels of the 1980s. “No strategies currently are available for maintaining historical trends in commodity agriculture production to cope with increases in spring rainfall and summer heatwaves projected for mid-century,” the report said. 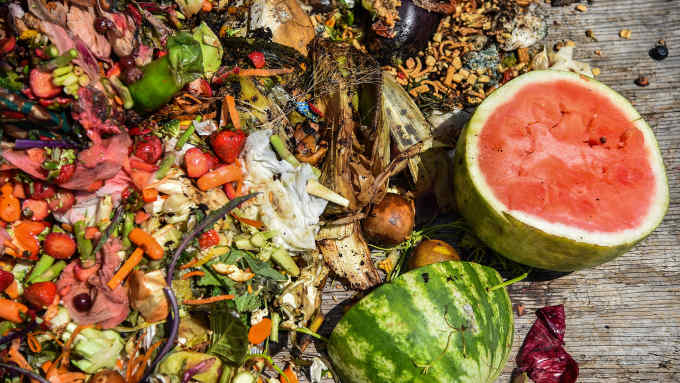