Leverage Shares is attempting to tap the boom in retail investing with the launch of the world’s first unleveraged physically backed single-stock exchange traded products. The ETPs provide investors in UK and elsewhere in Europe the rare opportunity to buy fractional shares.

Investors might be forgiven for thinking they are another version of the company’s leveraged or inverse ETPs that amplify gains and losses, reset every day and are generally viewed as unsuitable for retail investors.

However, the products promise no geared returns. Instead, they invest directly in the underlying company and, with their launch at $5 per share, their additional sterling and euro share classes, and their offer of big-name companies such as Tesla, they are being aimed straight at the European retail market.

Oktay Kavrak, product strategist at Leverage Shares, said it was unsurprising that the new products were not well understood at present. “Since we’ve only been making leveraged ETPs until now, I’d say this is expected,” he said.

But they have caught the attention of some industry participants.

Matt Brennan, head of passive portfolios at AJ Bell, one of the UK’s largest investment platforms, said that while no decision had yet been taken to add the products to the platform, AJ Bell was “actively monitoring them”.

“In general I am not usually a fan of ETPs, as they do add extra complexity, but to be fair to these products, they do seem to solve a few different problems,” Brennan said.

The products, which it started to roll out in May, effectively made it possible for UK and some other European investors to buy fractional shares in large overseas companies such as Tesla, Google and Amazon for about $5. That compares to about $600 for a single share in Tesla, $2,500 for Alphabet and nearly $3,500 for Amazon.

Leverage Shares’ latest launches last week added large Chinese companies such as Nio and JD.com to the family of unlevered single stock ETPs, which are listed on the London Stock Exchange, Euronext Amsterdam and Euronext Paris.

Kavrak said the ETPs were already available on the Interactive Brokers and Swissquote platforms and that Leverage Shares was in negotiation with other platforms including AJ Bell and Hargreaves Lansdown. 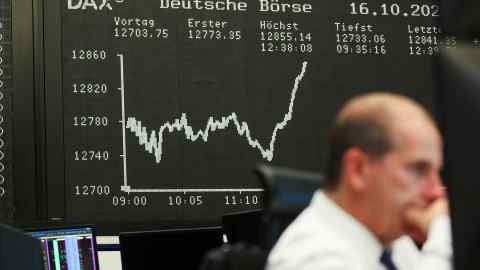 “I can understand the rationale for an unlevered approach to accessing single stocks that acts as a proxy fractional share — though clearly investors will need to pay an ongoing charge for the privilege — something they don’t need to do when owning the standard equity share,” said James McManus, chief investment officer at Nutmeg, a UK investment platform that offers low-cost investment portfolios.

“Clearly this is also an imperfect solution to an existing problem and points to the fact that many platforms have not solved the issue of fractional shares — unlike their US counterparts,” McManus added.

So-called fractional shares allow retail investors to own a part of a share, which can be useful if the share is expensive or if large share price movements result in the need for portfolio rebalancing. Nutmeg has developed a fractional share facility that it uses for its portfolio offerings.

Brennan pointed out that as well as enabling fractional shares the currency share classes eradicated the need for currency conversion charges, which could be high on some platforms.

Investing in the US companies via the Dublin-listed ETPs would also relieve investors of the need to fill in documentation to avoid penal tax rates, Brennan said, although he warned that potential investors should also remember that the European-listed ETPs often trade when the markets on which their underlying stocks are listed are closed.

He also pointed to the potential burden of costs that the ETPs would bring. These included the annual management fee of 0.15 per cent, but also the likelihood of wider bid-ask spreads than a more diversified ETF. He added that the ETPs might not track the underlying stock very efficiently if cash was not fully invested and dividends were not reinvested.

However, Todd Rosenbluth, head of ETF and mutual fund research at CFRA said the products looked interesting and were relatively inexpensive for what they offered.

“I think a 0.15 per cent fee for the stock trackers is modest, given the access these provide, and we would expect trading costs will likely improve as more investors discover them. Most new exchange traded products incur limited volume initially,” he said.

He said they should not be confused with Leverage Shares’ other offerings. “There are leveraged versions, but the ones we’re talking about are as risky as owning Tesla or Amazon outright.”

Explore the series
READ MORELatest news on ETFs
Net flows into inflation-linked ETPs surge to a record $4.4bn in May 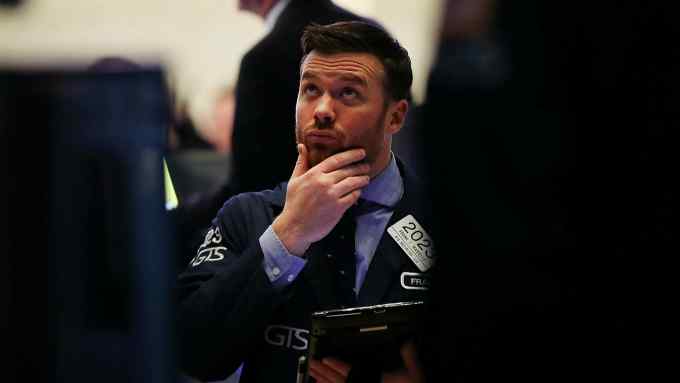