Chilean pension funds have been given the go-ahead by the country’s financial regulator to invest in gold exchange traded products for the first time.

The relaxation is part of a brace of reforms in Latin America, alongside Brazil’s decision to allow cross listings of overseas exchange traded funds in the form of depositary receipts, that could help breathe new life into the region’s stuttering ETF industry.

Felipe Cousiño, a partner at Alessandri, a Chilean law firm, said the move was part of an ongoing relaxation of the rules around the pension industry, the most developed in the region with about $200bn of assets, two-thirds of Chile’s gross domestic product.

Once restricted to liquid assets, a 2018 reform allowed pension funds to invest in alternative assets, such as private equity, private debt and infrastructure and real estate funds, for the first time. Gold ETPs have now been added to the list, provided they meet various standards around size, manager experience and ratings.

In the past “the legislature saw commodities, or anything exposed to commodities, as unnecessarily risky for Chilean pension funds”, Mr Cousiño said, amid concerns over the potential for high levels of volatility.

Chile’s pension fund industry has often been viewed outside the country as a model for other emerging markets to follow, even being described as the “Mercedes-Benz” of retirement provision.

Introduced in 1981 as part of the free-market reforms of the Augusto Pinochet dictatorship, the system sees those in formal employment pay a mandatory 10 per cent of their wages, up to certain limits, into a defined contribution pension fund.

It has been copied by more than 30 countries across Latin America, south-east Asia and eastern Europe.

However many Chilean workers are now retiring on far less than they expected. Anger over the size of the payouts, as well as the fees taken by private pension fund managers, known as AFPs, was one of the drivers of a series of violent street protests that engulfed the country last year and left at least 19 people dead.

The problem of low retirement income is likely to be further exacerbated by a ruling earlier this year that allowed workers to withdraw up to 10 per cent of their accumulated savings in order to cope with the dislocations caused by the coronavirus pandemic, an option that most have taken up, Mr Cousiño said.

“In view of the relatively low returns that have been obtained by traditional investment products, the legislature and regulator have realised that it has become necessary to broaden the scope of eligible instruments for Chilean pension funds in order that they have exposure to other types of assets,” he added.

Given that the relaxation could increase diversification and add stability to pension funds’ net asset value, Mr Cousiño argued it was “a welcome development for the industry, seen as providing another element in its toolbox”.

AFPs, each of which can run up to five funds, structured to match different investment profiles, will now decide whether or not to embed gold ETPs in their portfolios.

Deborah Fuhr, founder of ETFGI, a consultancy, said she saw scope for the funds to take up this option. “This year the net inflows to gold have been very high. It’s seen as an inflation hedge and a safe haven. For a lot of investors in Latam, investing in gold has been something they want to do,” she said.

Globally, gold-backed ETPs saw net inflows of $55.7bn in the first nine months of 2020, up from $19.2bn during the whole of 2019 and shattering the prior record of $24bn in 2016, according to data from Bloomberg and the World Gold Council.

This helped pushed the gold price to an all-time high of more than $2,000 an ounce in early August, although it has since retreated a fraction to $1,916. 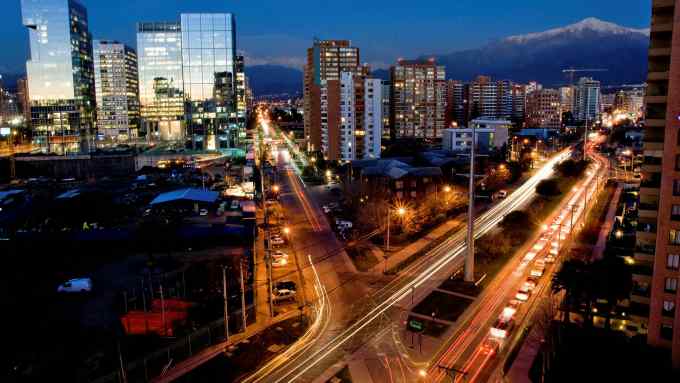