Restaurants — for starters, please turn down the music 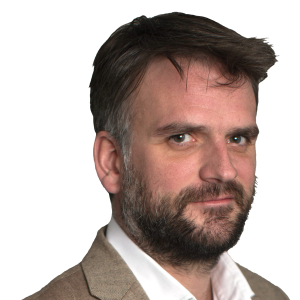 Farewell, the mighty white restaurant tablecloth — it has departed for the Great Table in the Sky. I never liked it anyway. It shamed diners for their filthy table manners. It was a red herring cooked up by proprietors wishing to disguise the squalor inside their kitchens. It was pompous and pretentious, impractical and bad for global warming.

But no more. Instead, bare tables, concrete floors and open kitchens proliferate. High ceilings are also in favour and so is banging music. It’s all meant to feel a bit more chilled than in the buttoned-up past, younger and more democratic. And in many places, it does.

Yet cool vibes come at an acoustic cost. The tablecloth — abomination or not — absorbs noise, as do cushions, curtains and carpets, also axed by the new aesthetic. With their demise, restaurants have returned to the red-blooded din of the school canteen.

Look around. In most places, you will have to shout to be heard — and shouting leads to exhaustion, unhappiness and eventual loss of hearing.

As Tim Hayward, the FT’s restaurant critic, explains: “Drapes, carpets, booths and tablecloths were your main tools in the 1950s. None of those are fashionable today, desirable or even hygienic.” Moreover, “restaurateurs and customers have come to believe that noise equals ‘buzz’ equals atmosphere”.

Video: FT Next Act: when restaurants are too loud

Perhaps it does. But it’s probably a question of how much buzz you go in for. Many a buzzy joint will hit 80 decibels mid-service, which is hip and fun and the aural equivalent of dining beside a dustbin lorry. Yet the buzziest establishments can top 85 decibels no sweat. Eight hours of that top-notch buzz and human hearing will suffer. (That should be fine for you, unless you plan for an eight-hour epic, but it won’t be fine for the staff.)

What’s to blame? Fashion, partly. Before long, the stiff white tablecloth will be viewed in the same sepia glow as bowler hats, telegrams and Sunday best.

It’s also ageism. There is a theory that young people are cooler than older people, they eat faster, drink the bar and dig the music. And they yell.

Why bother creating spaces in which people — beyond the drunken 20-year-old — can thrive? There would be fewer complaints, for one. And the UK’s oldest demographic is also its richest. Post-adolescent punters might down more beer, but older people select more expensive wine. They tip better, too. 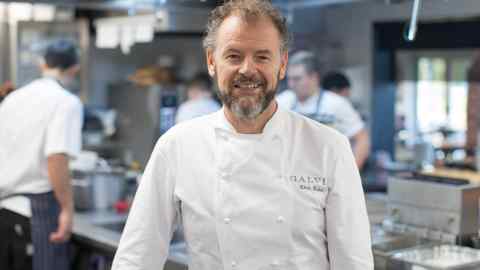 Sexism is also in play. The industry is notoriously dominated by men — and men shout and drink more than women do. For all its democratic pretensions, the current aesthetic is tailored chiefly for the male of the species — pure patriarchal tyranny.

But let’s be practical. What precautions should be taken should you wish to hear the flirty murmurs wafting from your first date across the dumplings? The internet is full of unhelpful suggestions: go early (ie, not really at a traditional meal time but when the restaurant is deserted); complain about the music; request the quiet table (invariably this is beside the bog); wear earplugs or earmuffs. You can learn sign language too, or just play on your phone, slosh back the beer and leave swiftly.

You can also prepare in advance by consulting an app such as iHEARu, which professes to use “crowdsourcing to help you find locations with noise levels to suit your needs”. That sounds like the antidote to joyful spontaneity, but what could be more joyless than bursting an eardrum?

You can even prepare in advance to punish noisy offenders. Just bring along a tool to measure decibels — probably your phone, there are apps for this too — record the cacophony at the crime scene and post the results online.

But restaurants should also take precautions. In an age when soft furnishings have become unsightly, acoustic design can be expensive and fiddly. Soft furnishings are still important — they just have to be hidden. “Next time you’re in a posh joint feel under the table,” suggests Mr Hayward. “They often carpet the underside. It’s the only place they can hide it.”

Excellent — restaurateurs should carpet the underside of all their tables forthwith. They should purchase foam, flowers and sound absorbent panels, too. Hide them by all means, maintain the post-industrial chic, but spend a bit and get them in.

And turn the music down. I used to think that music was unnecessary and disgraceful unless it was Sam playing “As Time Goes By” in Rick’s Bar in Casablanca. Judging by the volume of music played in restaurants around the world, that must have been a minority view. “We want a hum,” says Tim Healy, co-owner of Joe Allen, a restaurant in London’s West End favoured by actors. Music fills the awkward pause — “when it’s quiet there’s a hum of background noise”. A hum, not Spinal Tap.

On balance, I prefer exposed walls and hard furniture to bleached linen, fake velvet and the warm odours of old luncheons. I like the buzz. But I would also prefer to hear.

Alexander Gilmour is the FT’s food and drink editor