Dairy herds are being connected to sensors and mobile phones

The concept of the “smart cow” might sound like an oxymoron, but the rapid development of internet of things (IoT) technology has ushered in an era when even the world’s largest companies are talking about the “connected cow” with a straight face.

Bovine technology typically has come in the form of “glorified pedometers”, according to Yasir Khokhar, the founder and chief executive of Dutch software start-up Connecterra. These gadgets are attached to one of the cow’s ankles and can tell the farmer whether the animal is walking too little or too much — a key sign of its health and whether it is in oestrus (in a peak fertility phase).

The devices are a common sight on farms, and the market for them has become crowded. Farmers are placing sensors on various parts of cows’ bodies — including the tail, neck, hooves and stomach — to help increase the productivity of their herds.

Moocall, an Irish company that is working with the IoT team at Vodafone, the telecoms group, says it aims to reduce mortality rates in cows by up to 80 per cent by placing a palm-sized sensor on the animal’s tail. In the UK, more than 110,000 calves and some 50,000 cows die every year because of birth-related complications. Moocall’s system can alert farmers how long a cow has been calving by monitoring tail movements, alerting the owner to potential problems.

Similar initiatives include the Well Cow Bolus, a telemetry system that monitors the dietary health and temperature of a cow from within the rumen, the animal’s first stomach, to sample bio-markers in the milk as it is being developed. The unit, a subsidiary of agricultural research charity the Roslin Foundation in Scotland, builds the sensors using technology from Arm Holdings similar to that used in older generations of mobile phones.

The information that these sensors provide is opening up opportunities beyond increasing the productivity of herds. A new generation of companies is attempting to apply machine learning to the monitoring of individual cows to help the agricultural sector ramp up the efficiency of food production to serve an expanding human population. Being able to predict accurately when a heifer should be inseminated, and which genetic lines are producing the biggest milk yield, can dramatically improve efficiency and productivity.

When Khokhar moved to the Netherlands from Dubai to work for Microsoft, he lived on a dairy farm. He founded Connecterra, after observing a need for more efficient technology for farmers stuck with “highly outdated systems”.

The business, backed by London IoT fund Breed Reply, launched an app for farmers called Ida, which is designed to go beyond the alert-based systems that only really inform the farmer when something goes wrong.

Ida’s algorithms monitor seven distinct behaviours of every cow in the herd that can predict problems ranging from health and oestrus to feed, which accounts for 70 per cent of most farms’ cost. Ida also allows farmers to simulate what effect moving barns or changing bedding might have on potential yield and provides a “best practice” model based on other more productive farms.

Khokhar says the return on investment at farms that have taken Ida is up to five times, even at small farms. He says €2,000 worth of savings was achieved on a herd of just 20 cows at one farm when Ida detected that three cows in the herd were eating twice as much feed as the other cattle but producing half the milk. The farmer was shocked and revealed that the three cows were sisters, bred from what he thought was his best heifer. The cows ended up on the cull list. “Not all Holsteins [Friesian cows] are the same,” says Khokhar.

Fujitsu, the Japanese technology company, has developed GYUHO SaaS, a similar algorithm-based “connected cow” service with a view to pinpointing the moment of oestrus. It says a 10 per cent improvement in breeding above the national average could improve profitability of milk production by nearly 1p a litre.

Investment in precision “agtech” systems reached $3.2bn globally in 2016 (including $363m in farm management and sensor technology), according to AgFunder, a California-based crowdfunding platform, and is set to grow further as dairy farms become a test bed for the wider IoT strategy of big technology companies. Telecoms companies, for example, are targeting dairy farmers as a new growth angle, either with dedicated IoT networks (such as Vodafone’s) or with the launch of 5G networks (as Telecom Italia is doing in Italy). The GSMA, the mobile trade body, predicts the IoT market will be worth $1.8tn to telecoms companies by 2026.

For all the talk of smart cities, it is perhaps rural areas where the need for 5G networks is most pressing. The low-latency networks can provide the bandwidth to exploit the wave of new technology for cattle farmers.

Telecom Italia, for example, is in talks with the Consorzio del Formaggio Parmigiano Reggiano, the industry body representing Parmesan cheese makers, about providing better connectivity across the production process to bring about sizeable improvements in efficiency.

“One of the most important issues is to control and increase the quality of milk through IoT. We can provide connectivity from the field to the dairy cattle, to dairy products and to transportation,” says Giovanni Ferigo, head of technology at Telecom Italia Mobile. “We can control the whole production process through biosensors and wearable sensors for livestock.”

Improvements in cheese production might open up the market for Telecom Italia, which sees the model working for other food sectors in Italy, including wine, quality fruits such as oranges and lemons, extra virgin olive oil and Parma ham. “Some companies are not quite ready to believe, but many are interested. It is a very important issue in the market,” says Ferigo.

Creating a system where a cow’s birth, life, produce and death are not only controlled but entirely predictable could have a dramatic impact on the efficiency of the dairy industry but might also prove contentious in a market where small organic produce is becoming more popular.

“Breeding a dairy cow super-race by killing off underperformers sounds chillingly reminiscent of dystopian science fiction,” says Kierra Box, a campaigner specialising in sustainable diets and land rights with Friends of the Earth, the conservation charity. “When we buy industrially produced meat or dairy, we’re all supporting a system that is under pressure to produce ever more, ever cheaper goods.”

READ MOREPeople’s Technology
The difference between innovators and entrepreneurs 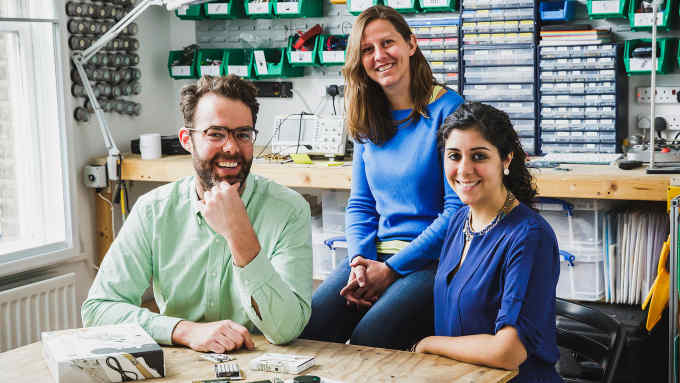