Sky’s the limit for latest theory in office design

Approaching the offices of satellite TV company Sky on the outskirts of west London, visitors pass a landmark building from the previous century. The Gillette Building is an Art Deco masterpiece with a soaring central tower, vaguely reminiscent of the Tate Modern. It is currently empty, but occasionally used for filming.

Sky Central is very much in full use. The upgrading of the company’s headquarters, completed in 2016 after several years’ construction, allowed Sky and its architects to recalibrate the way staff collaborate and organise their work time at the round-the-clock broadcaster.

The design by Amanda Levete’s AL_A and PLP Architecture aims to break down divisions between staff while avoiding some of the alienating and productivity-sapping dangers of hot-desking workplaces.

It is a low block with a modish steel exterior set in a landscaped 34-acre campus. The building is huge — a rectangle whose longest side is a tenth of a mile long. It houses around 3,500 employees. There are 20 zones and six restaurants. It takes 10 minutes to walk from one side to the other.

Jeremy Darroch, Sky’s chief executive, says the scale of the broadcaster’s operations raised a critical design question: “Do you build multiple buildings or one big building?”

The company went for the latter as multiple buildings mean that people tend to stay inside “their” own building and mingle less. Sky wanted an open building where, for example, finance professionals would bump into presenters.

The workspace is bright and airy, almost Scandinavian in feel. Mr Darroch says his company did not compromise on ceiling height. “You see a lot of buildings which are like this but they slotted an extra floor in,” he says. There is a fashionable wood laminate ceiling made up of structural cells, many of which have windows at the top through which sunlight floods. “In the winter when it’s dark, the building takes on a slightly magical quality,” he adds.

The building’s steel staircases appear to be randomly scattered. But there is architectural intent in this — they encourage people to circulate and mix. “You’ll never see a straight staircase in Sky,” says Mr Darroch.

The building has been designed with input from staff. It is a hot-desking environment but also offers a range of facilities for those wanting some sense of seclusion and privacy. Staff can work anywhere across the building. People type away in sofa-filled zones, in cafés and in booths. There is a productive buzz to the place.

While these ingredients are found in many modern offices, there are a couple of unusual features. One is a full-size cinema to one side of foyer, used for screenings and meetings. The other is a glass-walled studio in the middle of one of its atriums. There, a Sky News presenter is talking live about the UK’s upcoming general election. The idea is to remind staff of what Sky does.

There are different clustered arrangements of desks — the idea is to break up space so attention is not solely focused on endless banks of desks receding into the distance.

Mr Darroch says the design could have included more meeting spaces. “People still like small meeting rooms,” he adds, but he argues this attitude might change as staff become more accustomed to meeting in booths and sofa-dotted public areas.

Some of the innovations designed to ease the working week are less obvious. Mr Darroch says much of the internal mail system deals with personal rather than business-related post. The reason for this is that most work communication is now done electronically and people do a lot of shopping online. Many companies, Mr Darroch says, have resisted accommodating this. “But we have an Amazon collection point here. Why treat it as a problem when it can be a benefit?”

One of the reasons many facilities are on offer is Sky’s peripheral location in suburban west London. To a casual visitor, it appears as an anonymous area made of up busy roads and industrial parks with little chance for a mid-shift trip to any attractive restaurant or shopping district.

Still, it would have been impossible to build anything of this scale anywhere close to the middle of London. It is Sky Central’s remoteness that has allowed the company such scope to recast its physical space in an attempt to match the latest thinking in what makes workers tick. 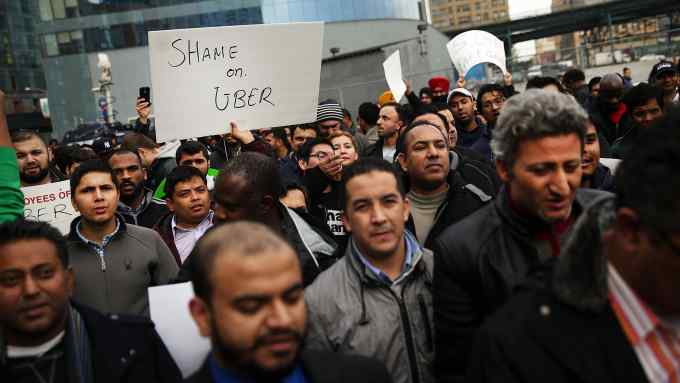