Regulator calls out UK companies for ‘box-ticking’ on diversity

UK listed companies are failing to live up to their diversity promises and treat reporting on their culture and strategy as a “box-ticking exercise”, according to a highly critical regulatory report.

In its latest review of corporate governance, the Financial Reporting Council — which oversees the code setting out how companies should be run — said too many businesses took a “formulaic” approach to stakeholder obligations.

While their annual reports set out commitments, the FRC said, groups failed to demonstrate action and outcomes, particularly in the case of management diversity.

Many companies “stated the importance of diversity and diverse boards” the FRC found, but they “offered little . . . in the way of evidence to support their assertions”.

According to the review — which covered FTSE 100, FTSE 250 and smaller companies — there was a lack of targets to improve diversity at board and executive committee levels, little or no discussion of succession planning, and minimal work done to broaden recruiting.

The FRC’s review is published just days after the government launched a new task force to increase the number of people from poorer backgrounds in senior positions in financial and professional services, having found a persistent lack of social diversity. 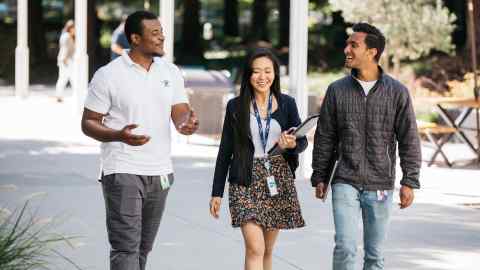 Those UK companies that reported on gender equality typically aimed for the target set by the Hampton-Alexander review — of 33 per cent female board membership at FTSE 350 groups by 2020 — rather than going beyond it. Similarly, on ethnic diversity, some FTSE 100 companies failed to explain how they would meet the Parker Review recommendation of one board member from a minority background by 2021.

Much of the problem was attributed to a “box-ticking” mindset that adhered to the minimum standards set out in the code.

Sir Jon Thompson, chief executive of the FRC, said: “It’s clear that some companies are continuing to take a formulaic approach to corporate governance driven by compliance, rather than focusing on outcomes, supported by high quality and transparent evidence.”

Some improvement was found in reporting on pay and non-financial performance. However, on the central aim of the code — to establish a corporate purpose and an aligned culture — groups continued to fall short. “Many companies continue to set out a purpose that is more of a marketing slogan,” the FRC said.

As a result, the regulator has set out areas for improvement over the next 12 months, which include action on diversity and inclusion — through better succession planning and recruiting from “diverse talent pools” — as well as showing the results of engaging with customers and local communities.

“This review sets out clear expectations to address where company reporting falls short, so that it can better meet the interests of not only a company’s shareholders but its wider stakeholders as well,” said Sir Jon.