Methane escapes exceeded US government estimates by about 60%

Leaks of methane from the US oil and gas industry are about 60 per cent higher than government estimates, new research has suggested, heightening concerns about their contribution to global warming.

A paper published on Thursday in the journal Science, co-ordinated by the Environmental Defense Fund, pulled together a series of previous studies and concluded that other research had underestimated the scale of methane leakage by missing large escapes when equipment malfunctions.

The analysis highlights an issue that is a growing concern for many oil and gas companies. ExxonMobil and BP have recently set out plans to curb their methane leakage as part of their strategies for addressing the threat of global warming. However regulations imposed by the Obama administration to cut gas escapes were resisted by the industry, and the Trump administration has been attempting to roll back the rules.

The scale of methane leakage from wells, processing plants and pipelines is central to the debate over switching from coal to gas for power generation. Methane is the principal component of natural gas and is a potent contributor to global warming.

Gas-fired power plants produce much lower carbon dioxide emissions than coal-fired plants for the same electricity generation, but methane leakage cuts that advantage and could even wipe it out altogether.

If more than 2.7 per cent of gas production escapes on its journey from well to power plant, then the total greenhouse gas impact is worse than burning coal, said Steve Hamburg, chief scientist of the EDF.

The US Environmental Protection Agency estimates that leakage is about 1.4 per cent of gas production, suggesting that shifting from coal to gas has clear benefits for total greenhouse gas emissions.

That figure is a “bottom up” estimate based on data from individual wells and pipelines, however. The new studies also use “top down” calculations based on data including aerial surveys of oil and gas-producing regions, to create a consistent estimate of leakage.

The latest research, looking at the single year 2015, suggests leakage was about 2.3 per cent of production, making the argument in favour of gas-fired plants much less clear-cut.

The industry and environmental campaigners drew opposing conclusions from the study. Erik Milito of the American Petroleum Institute said the paper “reaffirms the benefits of increased use of natural gas as a fuel source, which is driving US carbon dioxide emissions downward”. 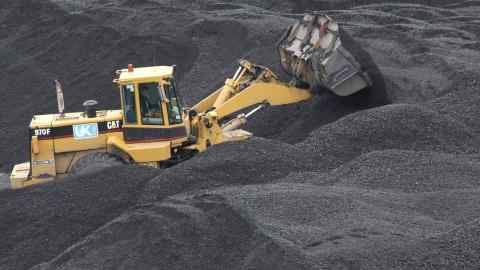 Anthony Ingraffea of Earthworks said the study suggested that gas could not be a “bridge fuel” to keep the lights on until renewables were ready. “To stave off catastrophic climate change we need to immediately drop all fossil fuels in favour of conservation and renewables,” he said.

Mr Hamburg of the EDF, which works with companies to achieve improved environmental performance, said: “We have a big problem . . . The good news is that it is an addressable problem, which can be tackled in very cost-effective ways.”

Exxon, for example, has said it planned to cut methane leakage 15 per cent by 2020 with new technologies and practices, such as infrared detection of leaks from pipelines and other equipment.

Cutting methane leakage can often be done at a low cost, because the gas that is prevented from escaping can be sold. The EDF estimates that $2bn worth of gas is wasted through leakage every year in the US.

The International Energy Agency, the advisory body backed by rich countries’ governments, has calculated that about 40-50 per cent of current methane emissions could be avoided at no net cost.