The Covid-19 lockdowns were expected to push the resilience of broadband and mobile networks to the limit. With millions of people suddenly working from home, it was widely expected that telecoms companies would struggle to keep everyone connected, particularly in countries where full-fibre broadband levels are low and 5G upgrades remain a distant prospect.

Yet networks mostly held firm as minor outages and service difficulties such as jerky Zoom calls proved surmountable for most workers, children and furloughed staff stuck at home. That was despite a boom in the amount of data traffic as gaming, streaming and video calls clogged the digital highways.

Britain’s BT reported record amounts of traffic on its broadband network during the latest lockdown. That peaked on the weekend of November 14-15 at 18.23 terabits a second: that was when the release of the second series of Disney’s The Mandalorian, a new Call of Duty video game title, international rugby matches and Lewis Hamilton’s F1 championship win all coalesced ahead of the launch of the new PlayStation console to test the mettle of the UK’s digital network.

For telecoms companies, lockdowns have proved how critical they have become both to society and the economy. The companies argue that huge investment by them to upgrade telecoms networks can pave the way for a post-Covid economic recovery and enable a world where there are far fewer business flights and less time spent commuting to expensive offices in the centres of cities.

Our sector will form the backbone of the future global economy

Mats Granryd, director-general of the GSMA, the global mobile industry trade body, said that by May, data traffic had already surged 50 per cent worldwide, showing that the long-talked about transfer to a more digital world was already possible. “Our sector will form the backbone of the future global economy and has a unique role to play in reaching a net zero carbon economy,” he said.

The opportunity looks vast. A survey by Ericsson, the Swedish telecoms equipment maker, released in November predicts that 5G will underpin the generation of $31tn of cumulative consumer revenue by 2030, with telecoms service providers taking more than a tenth of that.

And yet the share prices of Europe’s largest telecoms companies have been in freefall during lockdown — Spain’s Telefónica is at a 25-year low — as investors have instead focused on debt and looming capital expenditure rises rather than growth and resilience. The companies in turn have urged governments to allow more mergers, reduce barriers to the rapid roll out of new networks including planning permits, and to consider more stimulus funds particularly where bans on the use of Huawei equipment have added to the cost of building 5G.

The value of static assets such as mobile towers — the steel structures, not the 4G and 5G equipment that sits on them — trade at between 20 and 25 times earnings compared with between four and six times for the telecoms operators themselves.

In effect, investors have attributed far more value to infrastructure than connectivity. “It is amazing and honestly I understand a part of it but only a part,” argued Stéphane Richard, chief executive of Orange who is reviewing the French company’s own tower and fibre assets in light of the valuation imbalance.

Why the hell aren’t telecoms stocks on fire?

The frustration has become evident in recent months. “Why the hell aren’t telecoms stocks on fire,” asked one senior executive at a big telecoms company, pointing to the resilience of networks. Another said it was a relentless task keeping up with consumer expectations, with people becoming enraged if they cannot stream Netflix in high-definition on a fast moving train when only a few years ago the prospect of even making a video call over a mobile network seemed unlikely.

Telecoms companies have had to try to balance the needs of citizens and demands of governments with those of investors struggling to see the benefit of putting more capital expenditure into 5G and full-fibre networks. With most of the digital dollars flowing to technology companies, and not to the highly regulated telecoms sector, there is much soul searching within the communications industry about how best to improve returns on capital.

One of the main headaches for the industry is the lack of global uniformity of regulation. While almost every region claims to want to “win the race” to 5G, the way that telecoms businesses are run and regulated varies widely from country to country.

In markets such as China’s, with a huge population and only three main telecoms companies, the push towards denser networks is happening at a rapid pace.

In Japan, meanwhile, the government has mandated a reduction in prices. The US, which has made the launch of 5G a political imperative, has taken a different tack as the regulator has sold off huge amounts of spectrum in the past year to boost 5G coverage and allowed consolidation so that the largest companies, including Verizon, AT&T and T-Mobile, have strengthened their hand while also investing.

It remains to be seen whether the fragmented European market can follow suit. There are signs that lockdowns could underline the importance of the sector during the early stages of the new European Parliament and allow more freedom from onerous regulation.

The first test could be in the UK where the end of the Brexit transition period on December 31 will see Brussels ceding to London the regulatory decision over the merger of British-based Virgin Media and O2. That has delayed the potential clearance of the combination of the US-owned cable network and the Spanish-owned mobile operator. They have made a series of commitments to upgrade the integrated network if the deal is cleared.

Mark Evans, chief executive of Telefónica UK, highlights falling prices as a challenge to the industry’s ability to invest. The cost of an average mobile tariff has dropped 19 per cent since 2016 but mobile data consumption has boomed 146 per cent over the same period. He argues that a cup of coffee now costs more than three days of unlimited connectivity.

The telecoms industry will hope that the importance and resilience of their networks during the lockdown has highlighted that imbalance and that the regulatory barriers needed to justify more investment are lifted. 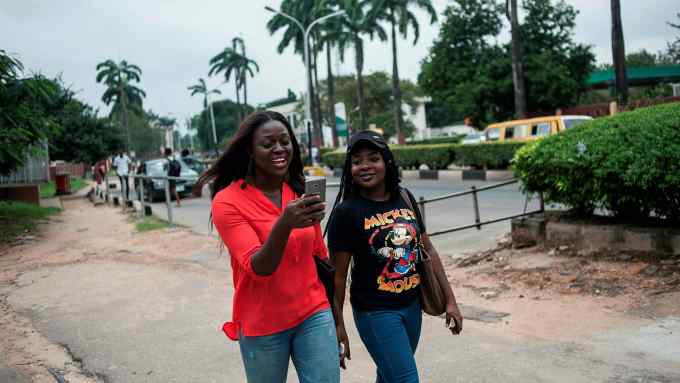