Innovative finance Isas (IF Isas) offer the promise of a good return, sheltered from tax, to investors willing to take on the higher risks of the peer to peer (P2P) finance market.

The market has taken longer than expected to ignite, however, as providers struggle to match growing demand with limited supply. Many new investors will find the door shut, at least for now.

Growing consumer indebtedness in the UK combined with the prospect of rising interest rates could push up default rates on loans, sharpening the dangers for those invested in the highest-risk P2P products.

P2P platforms match investors seeking high returns with companies or individuals wanting loans. Borrowers can access lower rates on loans than in the mainstream finance market and investors can receive high rates for taking on the risk of P2P lending.

Introduced in April 2016, the IF Isa now allows investors to pay into a stocks and shares Isa, cash Isa and IF Isa in the same tax year.

This corner of the Isa market has been slow to grow. At the launch of the IF Isa in April 2016, no major UK P2P lender offered one. Providers require authorisation from the Financial Conduct Authority (FCA) before they can launch an Isa, a process which in some cases has taken up to a year.

According to the most recent HMRC figures, only 2,000 IF Isa accounts were opened in the 2016/17 tax year, attracting new money subscriptions of £17m. That compares with 2.6m stocks and shares Isas opened in the year and 11.7m cash Isa subscriptions. Investors paid £22.3m into stocks and shares Isas over the year and £39.2m into cash Isas in that tax year.

However, investors pay far more on average into IF Isas than cash and almost as much into stocks and shares. The average account size of an IF Isa is £8,500, compared with £8,623 for stocks and shares and £4,622 for cash Isas.

Today, there are 30 P2P platforms offering Isas. Zopa, the UK’s first P2P lender, matches investors with consumers and projects returns between 4 per cent to 4.6 per cent. Others such as Crowdstacker, target returns between 5 and 7 per cent via loans to businesses and consumers. Ablrate offers asset-backed loans with projected returns between 10 to 15 per cent.

But due to soaring demand from existing P2P customers and the fact that P2P providers must constantly balance demand from investors with borrowers, few platforms are offering IF Isas to new customers.

RateSetter, which matches customers with consumers and business loans, was among the most recent to launch an IF Isa this month and hopes to raise £500m in the first full tax year after opening.

John Battersby, head of policy at RateSetter, says: “In February we invited our 60,000 existing customers to open an Isa, and at the start of March we launched the Isa to new customers.”

Zopa had to close to new investors last year following burgeoning demand for its IF Isa and a long-running imbalance between lenders and borrowers. The company set up a waiting list in March 2017. This had swelled to over 26,000 customers by January 2018.

According to alternative finance research company AltFi, the largest P2P lenders still dominate the market. Zopa still has just under a 50 per cent market share in consumer lending, followed by RateSetter, with about one-third of the market. Funding Circle dominates in business lending, with a market share of around 71 per cent, while Lendinvest has a two-thirds share of the property lending market.

Nonetheless, a number of smaller providers with IF Isas is now open to new customers, targeting rates between 3 and 15 per cent.

The P2P industry has flourished in a period of ultra-low interest rates, which has made it cheap to borrow. But interest rates are set to rise. That, combined with rising consumer indebtedness, could lead to more defaults, which would hurt investors.

Both Zopa and RateSetter have seen their defaults increase in recent years, in Zopa’s case because it started offering higher-risk loans. But that has not yet translated into higher returns for lenders.

RateSetter has a provision fund in place to protect against defaults but currently has just enough in the fund to cover losses 1.17 times higher than expected — below its target level of between 1.25 to 1.5 times. RateSetter builds up its fund by charging borrowers, so it is caught in the position of needing to levy higher fees to build up its coffers but keep its loans at competitive prices.

RateSetter says: “We are using our pricing to get the coverage ratio to 1.25 times but we want to be a competitive lender, so it will take time.”

The company says its actual loss rate to date is 2.29 per cent on its entire loan book, which it has used its provision fund to pay for. The company expects that rate to rise to 3 per cent, as some of its expected defaults have not yet taken place. However the company says it has reduced its losses over time.

The company originally anticipated defaults of 4.14 per cent from its 2016 loans. So far 3.19 per cent of those have defaulted and Zopa has scaled up its expected defaults on those loans to 4.93 per cent.

According to AltFi, although gross returns have improved at Zopa, increasing losses “have dragged net returns down”.

Andrew Lawson, Zopa chief product officer, says: “In 2014, we started lending to a wider group of customers. Initially, the [higher risk] D and E markets were exclusively available to institutional investors, giving us valuable data and experience on how those risk markets performed. Using that insight, we expanded the D and E risk markets to retail investors in 2016.

“In early 2016, there were increasing signals in the consumer credit market that after years of historic low levels of bad debt, conditions might start to normalise. In 2016, we started acting on those signs by tightening our risk criteria, and in 2017 we saw levels start to normalise as predicted.” 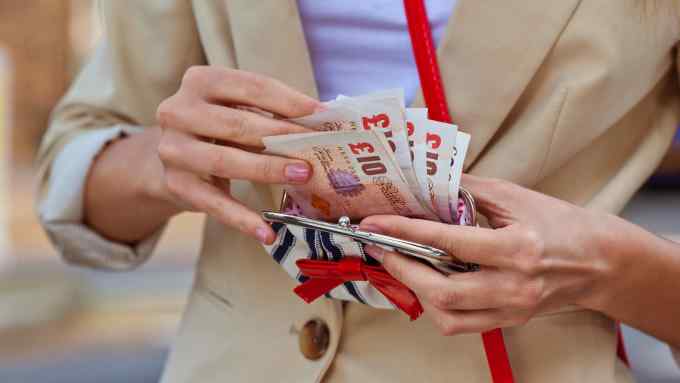