Carlos Ghosn had been planning a merger between Renault and Nissan before his arrest in Tokyo this week, a deal that the Japanese carmaker’s board opposed and was looking for ways to block.

Several Nissan board members expected a bid to materialise in the coming months, according to one person close to the board. Another source said that a merger was likely to happen “within months”, and a third said it was under active consideration.

Renault and Nissan own shares in each other, in a structure designed almost 20 years ago. But Mr Ghosn, as head of the automakers’ alliance and chairman of Nissan, had been planning a merger to render the partnership “irreversible”.

On Monday, Nissan said it would oust Mr Ghosn after accusing him of misleading investors on the amount of his remuneration, using company assets for personal gain and falsification of financial statements.

Nissan said the move followed several months of internal investigation following allegations from a whistleblower. On Tuesday Renault, where Mr Ghosn was chairman and chief executive, replaced him on an interim basis with Thierry Bolloré, the French carmaker’s chief operating officer.

Mr Ghosn was the driving force behind the merger plans, which met with fierce resistance from Nissan’s board, according to people familiar with the deliberations. Renault’s 43 per cent stake in Nissan gives it unusual levels of control, with the ability to appoint senior executives. Nissan’s 15 per cent stake in Renault comes with no voting rights and gives the business no control over its French counterpart.

“The board [of Nissan] always said they would fight very hard against any reorganisation that entrenched that second-tier status,” said one person close to the board.

Nissan also regarded Renault as the weaker business, the person added, and feared giving the French company access to its cash, which sat at ¥1.2tn ($10.7bn) in its half-year results.

As Nissan braced itself for a full merger proposal, tensions grew between Mr Ghosn and Hiroto Saikawa, the chief executive of Nissan, according to people close to them, in the souring of a relationship that had been warm when Mr Saikawa took over as chief executive from Mr Ghosn last year.

Tokyo prosecutors are investigating real estate that was purchased by Nissan for Mr Ghosn, including residences in Lebanon and Brazil, according to Japanese media. 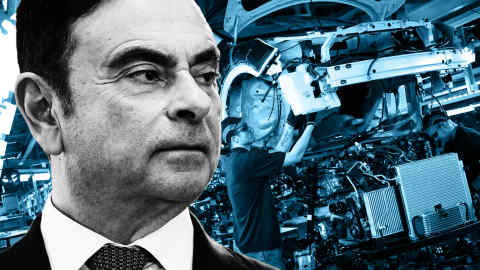 Mr Ghosn appeared to have been caught off guard late Monday afternoon when he landed at Haneda airport, where Tokyo prosecutors and reporters of Asahi newspaper were waiting.

People who have seen him recently said he appeared unaware of any investigation, and had flown to Japan for a meeting with the governor of Tokyo on Wednesday.

Strains between Mr Ghosn and Mr Saikawa intensified as Mr Ghosn became increasingly displeased with the performance of the Japanese group, which has seen profits fall on declining margins in the US and slowing growth in China, according to several people. 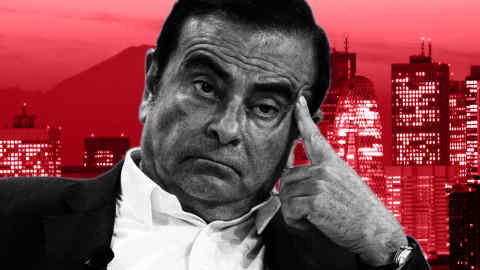 At a news conference on Monday, Mr Saikawa highlighted the negative effects of what he called the 19-year Ghosn “regime”, surprising some people close to Nissan who had considered Mr Saikawa one of Mr Ghosn’s most loyal lieutenants and the least likely to undermine the legacy of his boss.

Renault and the alliance declined to comment on the merger plans; Nissan could not be reached for comment.